Inflation is now hitting the people, they see it very clearly. The Biden administration is now blaming OPEC for rising fuel prices. But we are seeing inflation everywhere. Their narrative has already failed, next [FF] cyber attack to explain it away. Trump lets everyone know that it is time to wake up, it’s time to back the economy. The [DS] is doing everything they can to stop the cyber symposium, they are continually attacking over and over. Codemonkey Z says they have something better than PCAPS, checkmate. Scavino sends a message to all patriots to let them know who is in control. The [DS] is now panicking and preparing for day 0. Today there is a test of the EMB system,was this day zero. Trump sends a message that bullies do not fight. Here’s where inflation is running high:

The new national infrastructure bill includes about $100 million in funding to be used to recover unemployment fraud money. Yep…our tax dollars now being used a second time to plug holes our government failed to plug the first time.

There’s been a lot of smoke and mirror efforts to hide what’s in this bill, so let’s take a look at what they actually voted for.

For example, it funnels $16.2 billion to renewable and energy efficiency projects and $7.5 billion to electric vehicle chargers. (2/14) pic.twitter.com/Z7ABIgXvZc

Even when it funds “hard” infrastructure, it also wastes your money on programs that have no business being in an “infrastructure” bill.

Of the $65 billion for broadband, over $14 billion goes to a permanent federal welfare program to pay individuals’ internet bills. (3/14) pic.twitter.com/cCCRzESOPf

Contrary to what some Rs say, the bill is not “paid for.”

Supporters griped when CBO determined it would add $256 billion to the deficit.

But supporters claim $56 billion of total cost would be covered by such growth. (6/14)https://t.co/TckZHc44hW

Third, contrary to some R’s claims, it is chock-full of woke language and Critical Race Theory.

Check out this line on the “disadvantaged business enterprise program,” which could have been written by CRT hustler Ibram X. Kendi himself… (7/14) pic.twitter.com/jaTfS56a57

PLUS, it includes $2.75 billion for a “digital equity” program (CRT in practice), because “Achieving digital equity is a matter of social and economic justice…”

Fourth, this bill creates a pilot program that could lead to the government tracking and taxing every mile you drive (meaning double taxation for most drivers) (9/14) pic.twitter.com/BRv3tPeWrm 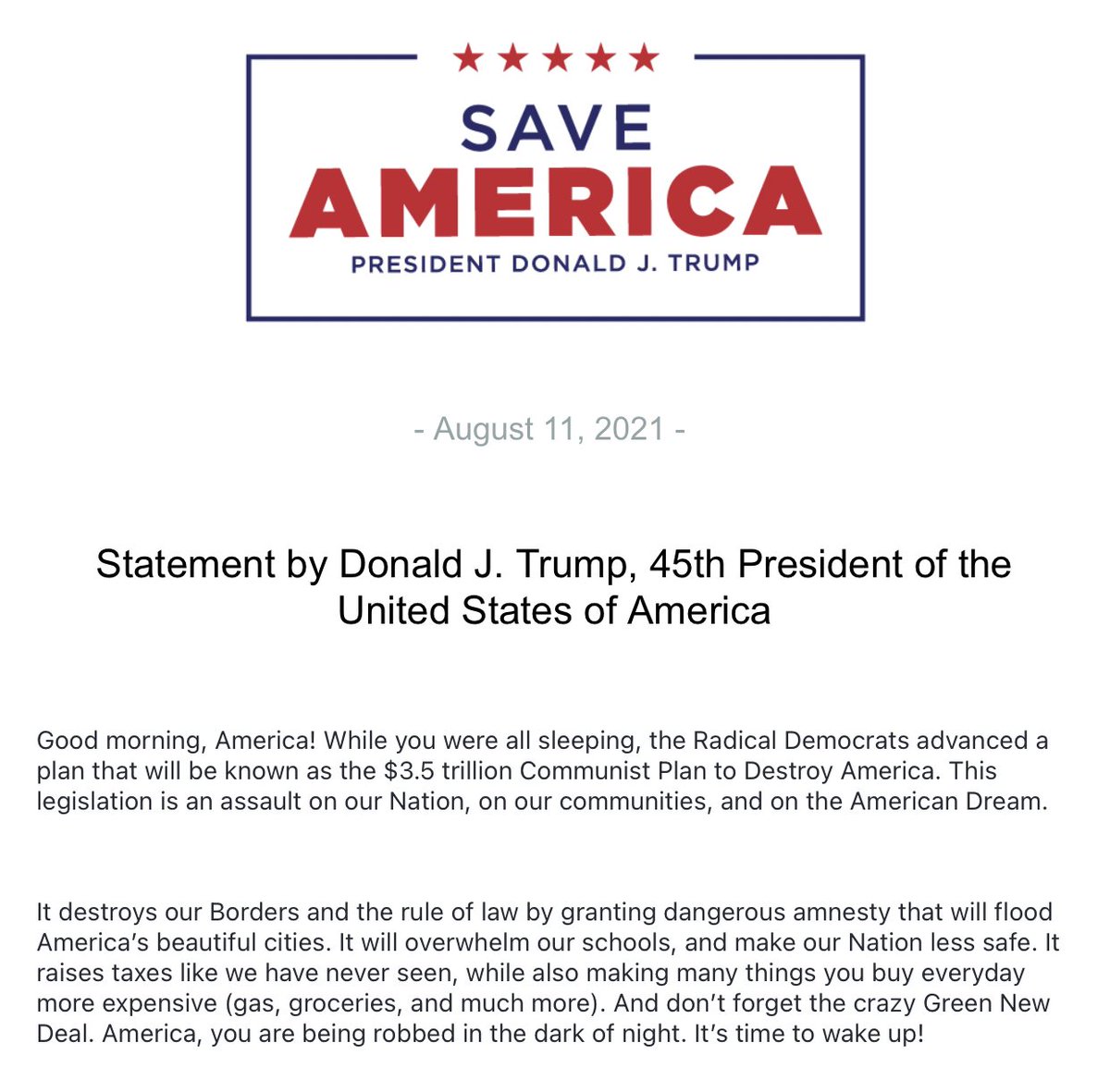 Update (1005ET): The hacker now appears to be asking for donations for his (or her) decision to return their ill-gotten gains…

In response, Poly Network’s Twitter account provided three separate wallet addresses for the hacker to return the stolen coins to the network. “We are preparing a multisig address controlled by known Poly addresses,” Poly Network noted in a response message also embedded in an ethereum transaction, as the screenshot shows.

So far, nearly $4.8MM of the $600MM in stolen funds had been successfully returned.

To all victims, I hope this is one small step toward healing. May we all reflect on the innocent today, and vow to protect them. pic.twitter.com/BCH3mTu8wB 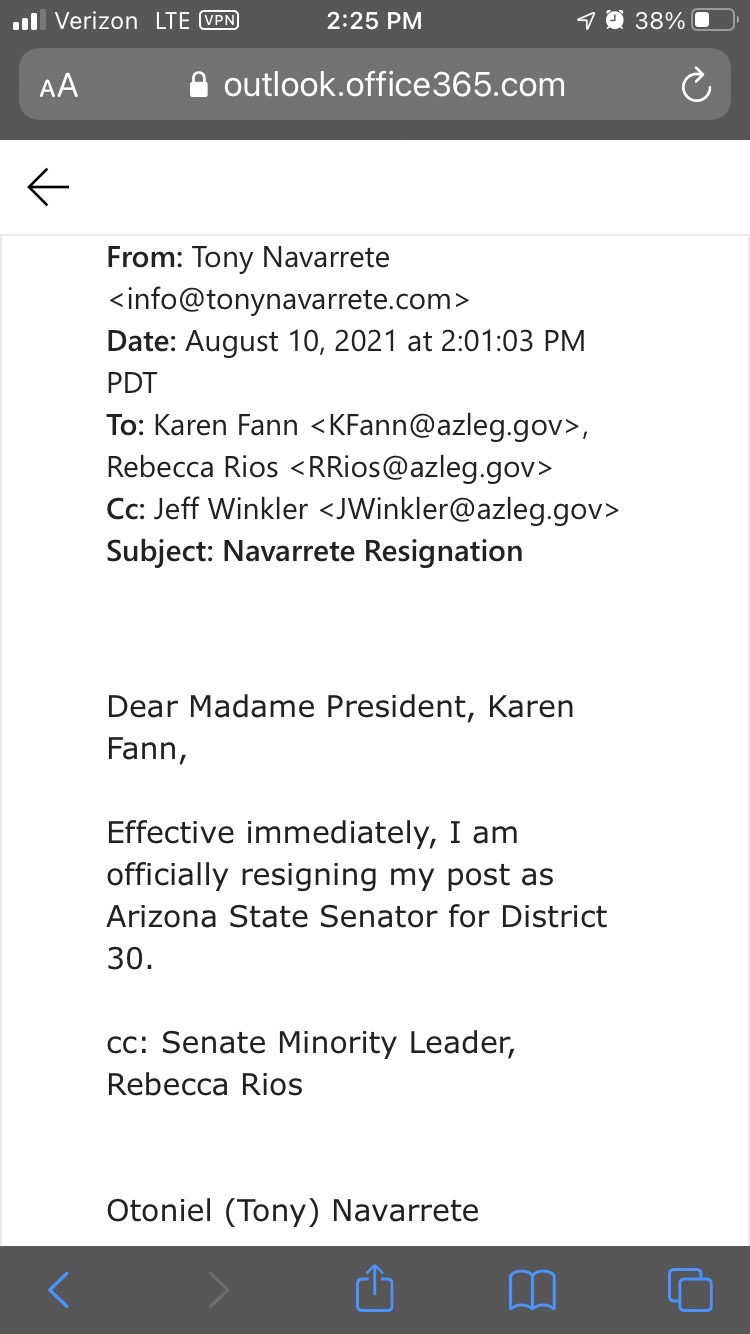 London’s High Court has granted the US leave to appeal Judge Vanessa Baraitser’s January ruling that Julian Assange should not be extradited due to apparently misleading medical expert evidence regarding his psychiatric risk.

▪️Next hearing set for 27-28 October, when US can formally lodge appeal to extradite Assange

▪️Under UK law, final decision on extradition is made by the Home Secretary

In 1972, half a century ago, Maurice Strong, first UN Environment Programme director warned that

In 1982, Tolba, head of UN Environment Programme told the world that it had just 18 years before

an environmental catastrophe as irreversible as any nuclear holocausthttps://t.co/8wyP10fJOn pic.twitter.com/zDYD8ldJo5

In 1989, a senior UN official warns Associated Press that we have to fix climate change by 1999

In 1990, Tolba, head of UN Environment Programme told the world must fix global warming before 1995

In 2019, all the greats of the UN met to tell us that we have just 11 years to fix climatehttps://t.co/clwVVWslGf pic.twitter.com/uZH4PlwvMd 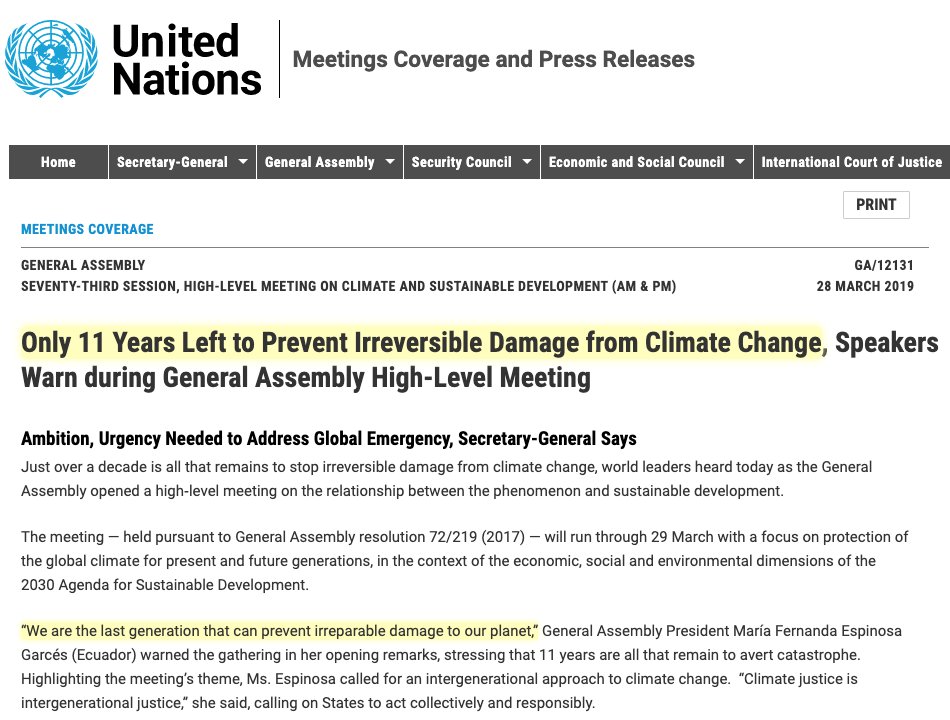 The truth has finally been revealed, masks were a muzzle to keep you silent, it seems that masks do not work

Anthony Fauci Says Now is The Time to Eliminate Individual Freedom in The United States, Forced Vaccinations Are Now Required

Scavino responded to this

The anti mask at schools revolution is underway in Tennessee. These are the people who couldn’t get in the meeting tonight. They’ve never seen a crowd this big before for a school board meeting.

A badge of honor . . . leftwing cretins at Youtube banning me for 7 days for a video that quotes 2 peer reviewed articles saying cloth masks don’t work.

If you want to see the banned video go to Liberty Tree https://t.co/gsTUwuLZGL

The warrants will be delivered to the House Sergeant-at-Arms tomorrow morning. The warrants command the Sergeant take the absent Democrats into custody and deliver them to the House. https://t.co/HKMhnLoCPQ pic.twitter.com/y2r7XnrOzD

Mike Lindell invited the Fake News, was this setup, did they want them to knowingly coverup the event

How about a nice game of chess.

Exactly this: “My fellow Americans, the Storm is upon us…….”
God bless. 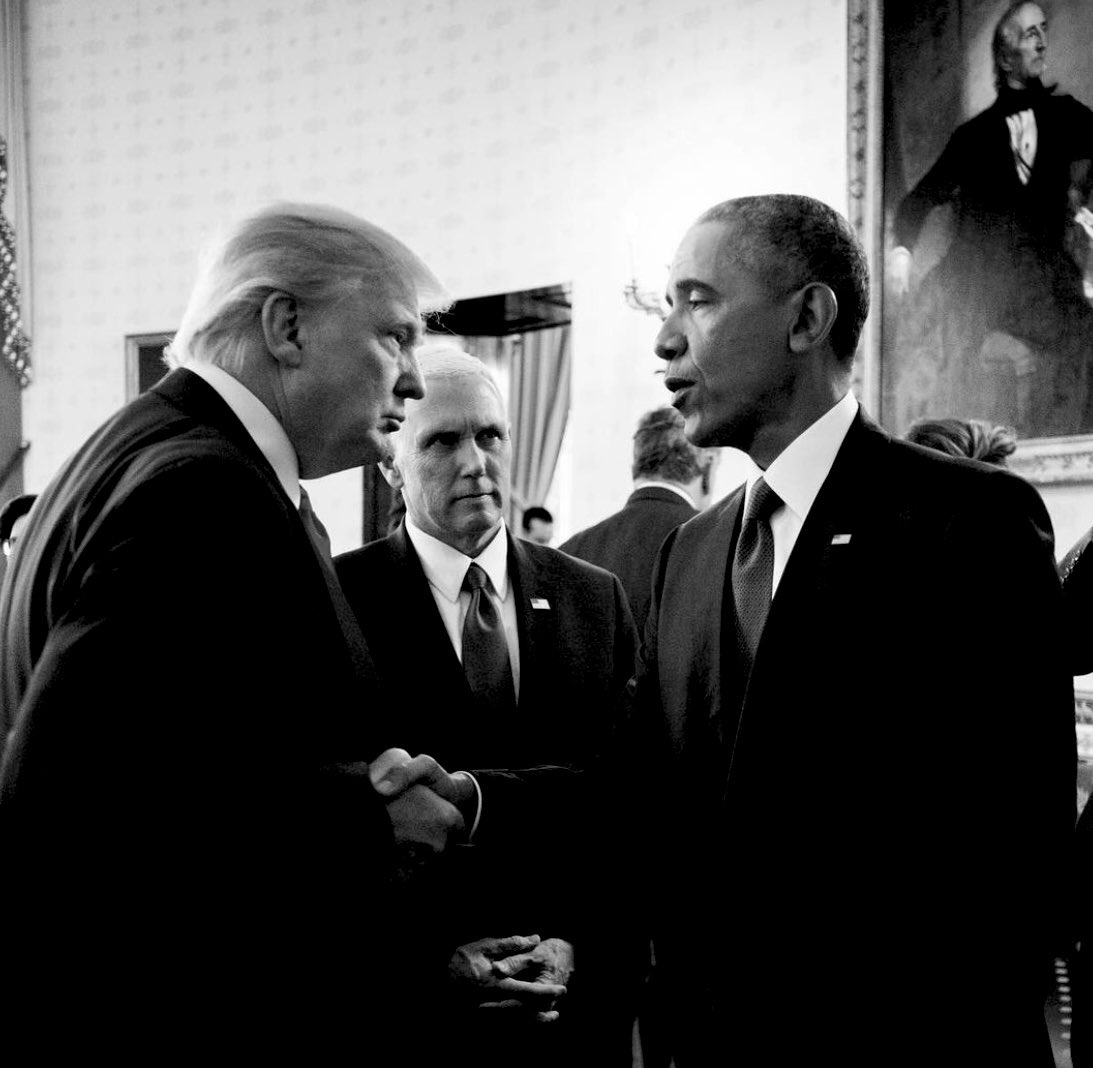 What does Donald Trump’s handshake say about him? 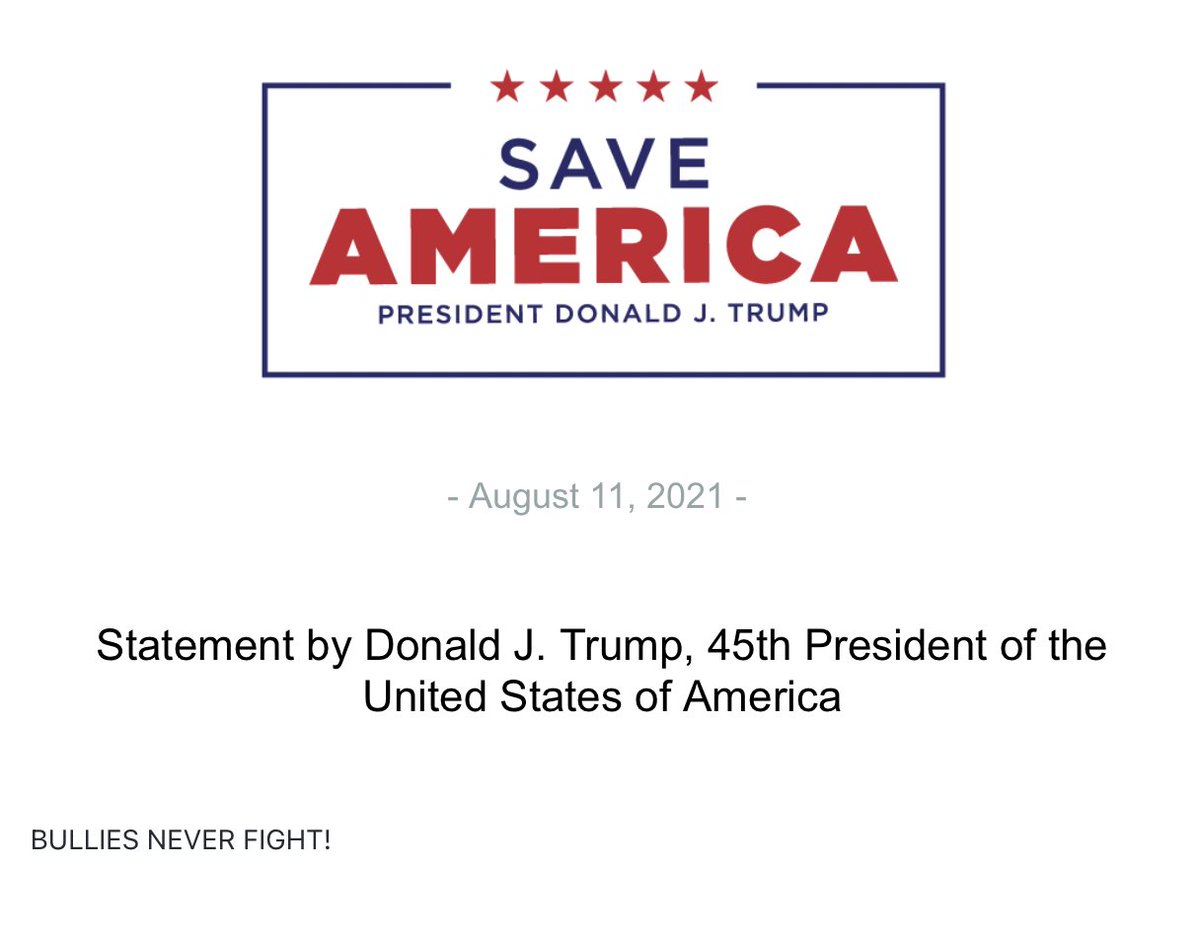