The Trump economy is hitting all time new records, the NASDAQ hit 9000 for the first time, Holiday sales are up, why, Trump and the patriots put more money back into the pockets of the people, boosted confidence with the market which enabled people to spend money. Trump is continuing the pressure on China and big money is being moved out of the country. FOIA were released and they reveal that the amount of gold in Fort Knox might not be what we think it is. The [DS] is trapped, they are trying to figure their way out of this fake impeachment, each direction they go is a dead end. The plan has failed, the patriots are getting ready to strike. [No Name] confirmed to be involved in the Steele Dossier. Durham has a double meaning, think taking the country back.

2019 HOLIDAY RETAIL SALES WERE UP 3.4% FROM LAST YEAR, THE BIGGEST NUMBER IN U.S. HISTORY. CONGRATULATIONS AMERICA!

Money was leaving the country at a record clip earlier this year through unauthorized channels, according to analysts. That’s bad news for China, which needs to keep financial reserves high to maintain confidence in its markets.

In performing the audit, the gold bars are physically moved from one vault compartment to another. During this operations [sic], the melt numbers and the number of bars in each melt are verified with an inventory listing, and one in fifty melts is randomly selected for weighing and test assay.

… 100 percent of the U.S. Government’s gold reserves in the custody of the Mint has been inventoried and audited. … I can say that without any hesitation, because I have observed the gold and the security of the gold reserves myself.

… the Committee for Continuing Audit of the U.S. Government-owned Gold [The Committee that started the audits] performed annual audits of Treasury’s gold reserves from 1974[*] to 1986. … by 1986, 97 percent of the Government-owned gold held by the Mint had been audited and placed under joint seal. So once you have done that, and that seal remains unbroken, then I am not sure what other benefit there would be to going back into it at that point. …

Since 1993, when we [OIG] assumed responsibility for the audit, my office has continued to directly observe the inventory and test the gold. In fact, my auditors signed the official joint seals … placed on those compartments, inventoried and tested in their presence. At the end of Fiscal Year of 2008, all 42 compartments had been audited by … the Committee for Continuing Audit of the U.S. Government-owned Gold, or my office, and placed under official joint seals.

The conclusions we derive from Thorson’s testimony:

The [DS] knows they do not have a candidate to beat Trump in 2020, they have tried to find something that they can use against Trump, it has all failed, now they are left with this fake impeachment, which they know will not go anywhere in the Senate, this is why they are trying to find something,but this will fail, it seems that some candidates are preparing to enter the race if Trump and be hurt enough, they keep sending message, we also know that Barr and Durham are closing in on the [DS] and something very interesting happened on this day, we will be talking about this a little later in this report, but first Keven Spacey’ accusers mysteriously are continually dying,

Now we know that the [DS] is struggling to regain the narrative, regain control, some are already projecting, take for instances HRC, he tweeted out a pic of her and Bill Clinton in the Whitehouse,

A merry Christmas to all, and to all a good night! pic.twitter.com/FOcMKZM87x 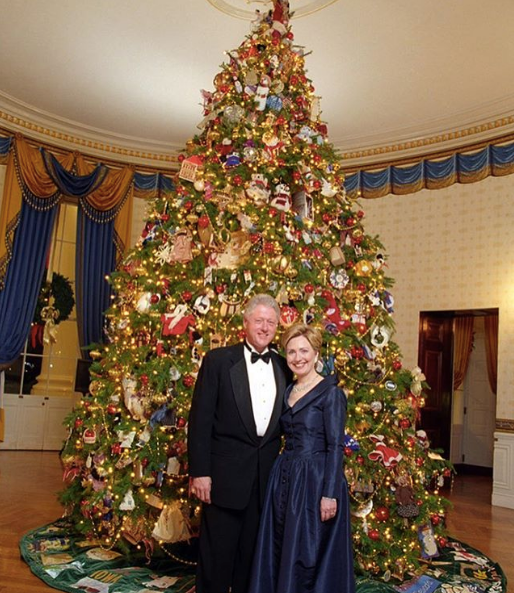 why would she use this pic, if you look closer you can see the IOWA

The 2020 Iowa Caucuses will be held on February 3rd, 2020. We are proud to be First in the Nation once again and we are excited to be a part of the presidential selection process. . The Iowa caucuses are a closed caucus, with the state awarding 49 delegates, of which 41 are pledged delegates allocated on the basis of the results of the caucuses

This will not happen, they voted for the two articles of impeachment, by pressuring individuals, now they are trying to find the crime or blackmail individuals in the senate.

Everything we’re seeing from Speaker Pelosi and Senator Schumer suggests that they’re in real doubt about the evidence they’ve brought forth so far not being good enough, and are very, very urgently seeking a way to find some more evidence. The only way to make this work is to..

….mount some kind of public pressure to demand witnesses, but McConnell has the votes and he can run this trial anyway he wants to. @brithume @foxandfriends

“Look, the House is supposed to do all of this work on witnesses and documents BEFORE they send the articles over to the Senate, not to call in new witnesses, go through new documents – that work is supposed to be done in the House.” @KatiePavlich @foxandfriends

Why should Crazy Nancy Pelosi, just because she has a slight majority in the House, be allowed to Impeach the President of the United States? Got ZERO Republican votes, there was no crime, the call with Ukraine was perfect, with “no pressure.” She said it must be “bipartisan…

…& overwhelming,” but this Scam Impeachment was neither. Also, very unfair with no Due Process, proper representation, or witnesses. Now Pelosi is demanding everything the Republicans weren’t allowed to have in the House. Dems want to run majority Republican Senate. Hypocrites!

The [DS] plan has failed from the beginning, The patriots are always one step ahead, lets go back to post

One hour before sunrise on December 26th, 1776, George Washington crossed the Delaware River, using DURHAM boats, in a surprise attack against the Hessian forces, in a major turning point of the Revolutionary War.

2019, Trump leads a surprise attack on Hussein’s forces lead by a Durham probe…