The MSM is now reporting that the economy is improving faster than expected. When you open states and businesses, the economy will grow. The people are now seeing the rigged system first hand and the people are not happy about this. People are seeing 20/20 when it comes to which side the politicians are on. The patriots are now ready and prepared to go after the [DS]/MSM. In Myanmar the military decided to take over because of election fraud. Is this projection on election fraud here in the US?  Trump and the patriots are ready to inject election fraud, treason, and crimes against humanity facts into the upcoming impeachment trial. Panic in DC, they don’t know the plan of the patriots. Ep 2393a – Now The People See How The Economic System Is Rigged, Watch Precious Metals

The Economy Is Improving Faster Than Expected, the U.S. Budget Office Says

GameStop cofounder Gary Kusin said it was an ‘honor’ retail investors targeted the company: ‘I just grabbed some popcorn’

The brilliance of this excuse is that it only proves the skeptics and conspiracy-theory believers right. DTCC is a for-profit monopoly that sits at the heart of America’s financial system. It is controlled by the biggest Wall Street institutions and responsible for all public equity settlement. A subsidiary of it literally owns every single share of publicly traded stock in America. Yes, you read that correctly. You don’t actually own your shares of Apple or Microsoft, they do. You are only allowed to enjoy the financial benefits of being an investor because your corporate overlords let you. Why? Because the government wants it that way (the fact that financial firms like DTCC always donate a lot of money to politicians has nothing to do with it.)

This small New York based financial institution has a dozen directors and no more than a half dozen employees but holds, according to some reports, some 34 trillion dollars in assets.

And, on paper at least, own all the stocks traded.

Sites from Money Metals and SD Bullion to JM Bullion and APMEX, all halted sales amid the unprecedented demand.

Mr. Weaver sent overt sexual solicitations to at least 10 of the men and, in the most explicit messages, offered professional and personal assistance in exchange for sex. .

I condemn the coup and unlawful imprisonment of civilians, including Aung San Suu Kyi, in Myanmar. The vote of the people must be respected and civilian leaders released. 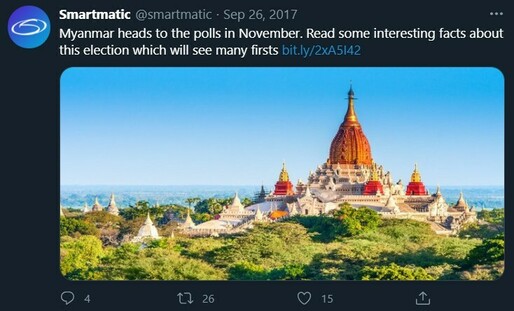 FREEDOM DAY.
FREEDOM_
Q
659
Effective yesterday, while standing under the statue of FREEDOM, POTUS FREED those ‘good’ people who are currently being blackmailed, threatened and enslaved.
Those who stood chanting “USA” were FREED.
The shot heard around the world.
TG>
WE, THE PEOPLE.
FREEDOM DAY.
LIGHT.
Q
TODAY, #Feb1, marks THE END of the second 45 day period in Trump’s EO #13848 about election interference. This is when people & companies who were involved in the election theft will have their assets frozen while being investigated.

Dr. Fauci Admits That He Lied About Masks

May I remind you that Dr. Anthony Fauci — the highest-paid employee in the federal government — has admitted to lying a number of times to shape public behavior?

Fauci Admits That He Lied About Masks.
Source: sott.net
OutlawJW@OutlawJW on Gab

Trump began his speech on Jan 6th at noon…and when he finished the crowd had a 1.6 mile walk to the Capitol which would take 25-30 mins.

Note the timestamp on the image taken from inside the House during the “siege”.

Now try and convince me that Trump supporters who traveled across the country and had waited in the cold for 6-7 hours to see him instead left to attack the Capitol BEFORE he even spoke. I’ll wait. 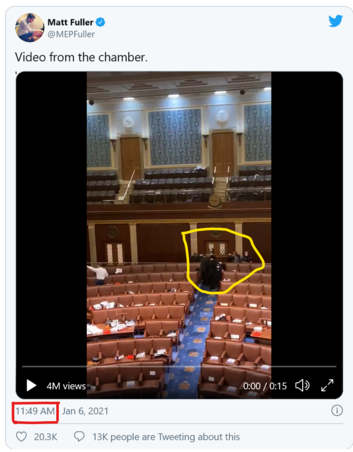 Why are Trump’s new lawyers being attacked with a level of hysteria not previously seen?

Why are the Democrats in an odd state of paralysis?

the Senate trial will be the venue for the Great Reveal.