The [CB]/[DS] agenda is failing. People are not agreeing with the economic agenda. The [CB] great reset failed before it began, but the foot soldiers are continuing with their orders. Walgreens is closing stores in SF because of shoplifting. The fake news said Trump was in bed with Putin but it turns out Obama and Biden are the ones catering to Russia. The [CB] said their plan out loud, they are pushing their new currency system. The first domino is about to fall, this is going to be the shot heard around the world. Nothing can stop this nothing. The [DS] lost the battle before it began, we are in the exposure phase. The people are fighting back and the [DS] players are feeling the backlash. More pain is coming, timing is everything. Flynn sends a message, more is coming, Scavino shows Trump at the rallies, it’s time. Ep 2483b – Patriots Can Now See The Board Clearly, The First Domino Is Ready To Fall Ep 2483a – The Fed Just Revealed Their Plan For The New Currency System, Conspiracy No More

So you’re telling me that Russian hackers did the Colonial shutdown and a week later the Biden Administration waives sanctions on a Russian pipeline? https://t.co/FRro7M1eU2

American pipeline and jobs? No.

President Biden, if you’re can’t put America First, can you at least not put Russia first?

“The IRS will be able to deploy this new information to better target enforcement activities, increasing scrutiny of wealthy evaders and decreasing the likelihood that fully compliant taxpayers will be subject to costly audits,” the Treasury said of the proposed reporting requirements.

Rep. Ilhan Omar’s daughter added a communist symbol to her bio. Isra Hirsi has talked before about how she writes some of her mother’s tweets. During the BLM race riots in her city, Isra put out a call for donations for rioters. She has also called for a communist insurrection. pic.twitter.com/gAViZZctPp 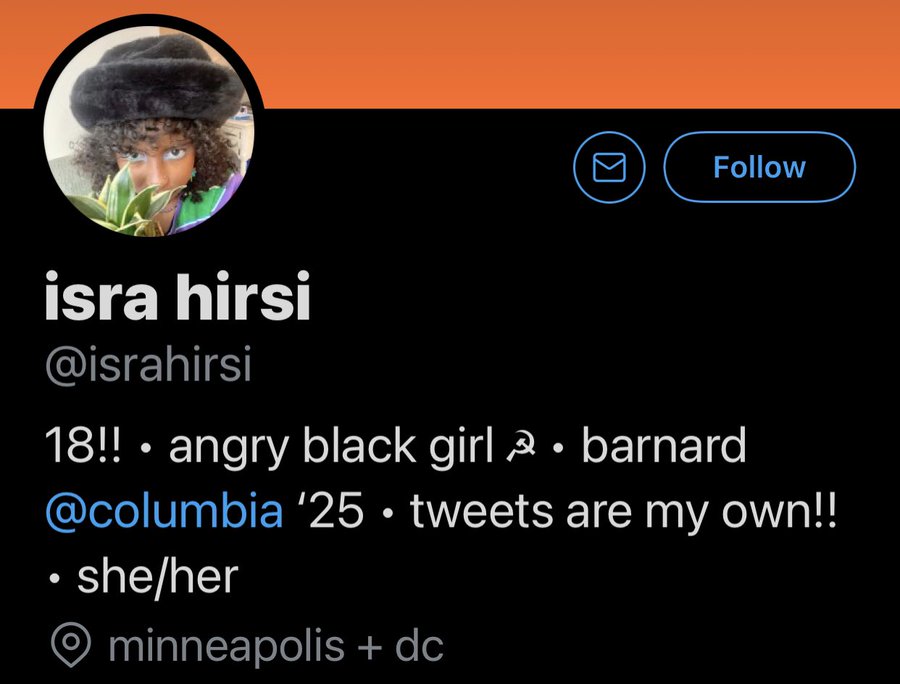 They’re telling us exactly who they are.

Thomas Massie thru it out

Over a year ago, I told @MarthaRaddatz that the Wuhan Virus most likely came from a lab leak. She stopped just short of offering me a tin hat. The CCP said I was an enemy of mankind.

And now? Well, now, the Left wing media is scrambling to get on the side of the truth. pic.twitter.com/t9YTUEQSsV

The origin of the Wuhan Virus matters. We must prevent this from happening again. The facts show the nature of the CCP & how excruciatingly little it values human life.

Only the CCP can shine a light on what happened. Bring it on. If I’m wrong, prove it. The world needs to know.

Why were American tax dollars funding research in a lab in China?

Now we’re finding out there’s no proof at all that the letter was even sent by a USCP officer.

It was merely an anonymous letter on USCP letterhead that anyone could have created.

For all we know, some CNN staffer could have created it to invent another story. https://t.co/wMrBKBe0OF

Analysis of the original PDF sent around by Jamie Raskin’s office shows that the file was created at 4:12 p.m. by a copier/scanner with the device name “Savin MP C4503.”

Why print an electronic document only to rescan it? pic.twitter.com/yWpDDdjPpv

According to a House source who provided the underlying USCP letter file to @FDRLST, office copiers/scanners/printers are named according to the last four digits of the U.S. House phone number/extension of the office or staffer to which the device is assigned. pic.twitter.com/v0Lj8UfnW7

What evidence do we have that it was written by any USCP officers? Given the authors’ anonymity and the fact it originated in Raskin’s office, it could just as easily have been written by Raskin or his staff and pasted into a document with USCP letterhead.

How did an unofficial, unverified, anonymous letter circulated by House Democrats get published on official Capitol Police letterhead?

See, 35 wayward Republicans—they just can’t help themselves. We have much better policy and are much better for the Country, but the Democrats stick together, the Republicans don’t. They don’t have the Romney’s, Little Ben Sasse’s, and Cheney’s of the world. Unfortunately, we do. Sometimes there are consequences to being ineffective and weak. The voters understand!

Pentagon: National Guard Deployment at US Capitol to End

Voters were noticing incorrect labeling on electronic ballots in Luzerne County. Regardless of party, every voter was seeing a ballot labeled as democratic primary on the first screen.

“Unfortunately, this morning, the machines were all shut down and people were losing their patience and leaving,” a voter from Exeter said…

“There have to be consequences,” she said during an appearance on One America News, The Daily Mail reported. “There could be arrests of people who are refusing to comply.”

11 thoughts on “Patriots Can Now See The Board Clearly, The First Domino Is Ready To Fall – Ep. 2483”