Ep 2588b -Tide Is Turning,How Do You Prevent This From Happening Again,Prosecution Is The Only Way The people’s confidence in the economy is dropping, people are not very hopeful that the economy is going to improve. The people are now blaming this on [JB] and the puppetmasters. The infrastructure bill is not about infrastructure and the people know this and they rejecting it. Yellen says we have until Oct 18 and then the gov runs out of money, fear tactics, running red. The tide is turning, people around the world are pushing back against the dictators. The [DS] polls numbers are dropping nobody believes them anymore, they know they are lying. The same goes with the pandemic, people who were silent are now speaking out. The push to have everyone vaccinated by making it mandatory is falling apart, the OSHA push was a hoax to convince businesses to do the [DS] dirty work, this is now backfiring on them the [DS] and big pharma. AG Brnovich tells Maricopa County Supervisors do not destroy evidence, this is a warning. Accross the ocean in the UK they are now reporting on the election was rigged. The only way forward is transparency and prosecution, the people must be shown and those who rigged the election, committed treason must be held accountable.

Schumer says they have an agreement on a framework on how to pay for the $3.5 trillion bill. Yellen did not speak at presser with Pelosi

I just asked @SecYellen if I could see this supposed framework.

This is deeply concerning. The American people deserve to see this framework. They deserve transparency. https://t.co/opEw6zr1Fp

.@POTUS looked you in the eye. He said spending $5.5T will cost you nothing. He believes you are fools, rubes and worse. We are not. This will cost more than our children’s money. It will cost us our families and our way of life. They must be stopped. pic.twitter.com/8nX7G66zYO

They need the cash guys. pic.twitter.com/XbFuaiQipt

Everybody good with that?

Asking for the butterflies.

At least it goes to butterflies in our country.

I mean half the time we pay for things like border walls in other countries.

And is everyone feeling the sympathy for fresh water mussels?

Everybody good with that?

Come on. Do it for the little guys. #FreshWaterMussels

Just pass the bill and then we will all find out what’s in it.

I mean why read 3,000 plus pages of trillions in spending?

That’s not how things are done in the swamp. pic.twitter.com/ifqwsLtamH

Fifty-three percent (53%) are opposed to passage of the $3.5 trillion spending measure, including 41% who Strongly Oppose passage. Ten percent (10%) are not sure. (To see survey question wording, click here.) 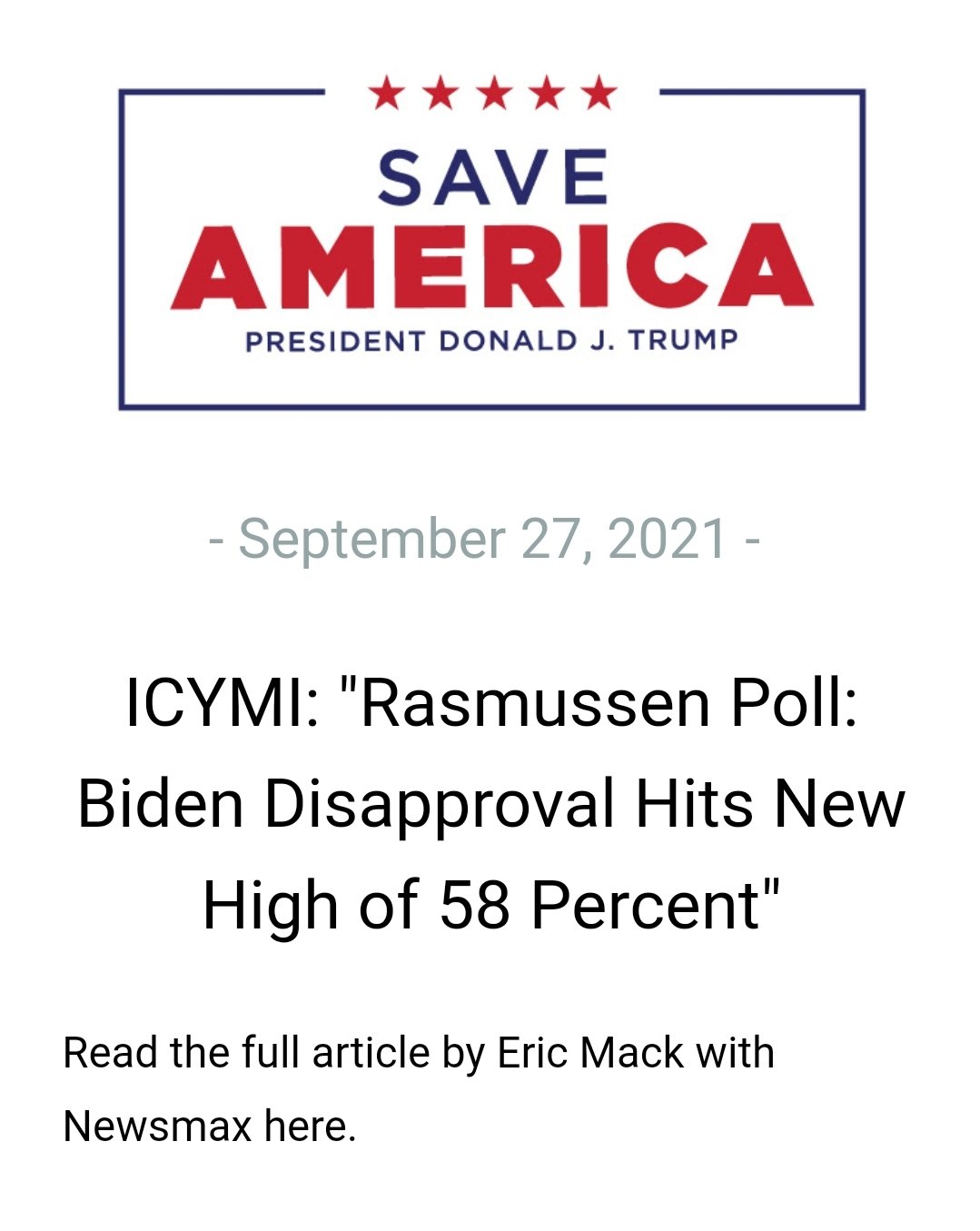 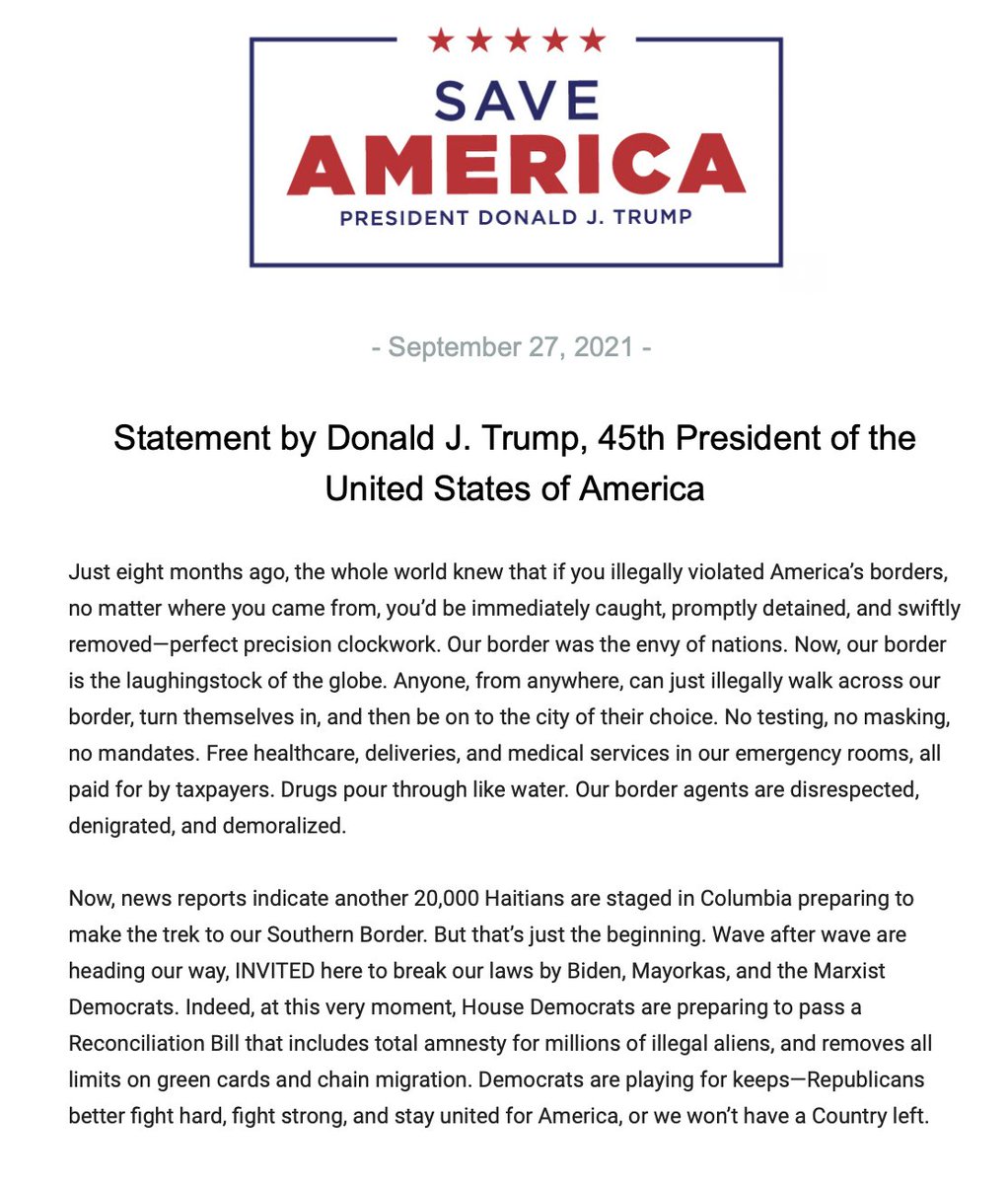 FLASHBACK: In August, Biden insisted that “no, no one” advised against his withdrawal timeline.

Today under oath, Generals Milley & McKenzie confirmed they recommended against Biden’s withdrawal timeline and warned him about the impending collapse of the Afghan government. pic.twitter.com/HejzUb5FIf

Biden said no senior military leadership advised him to leave a troop presence in Afghanistan. (Cotton)

Austin said their advice was “received & considered, for sure.”

Biden has some questions to answer! 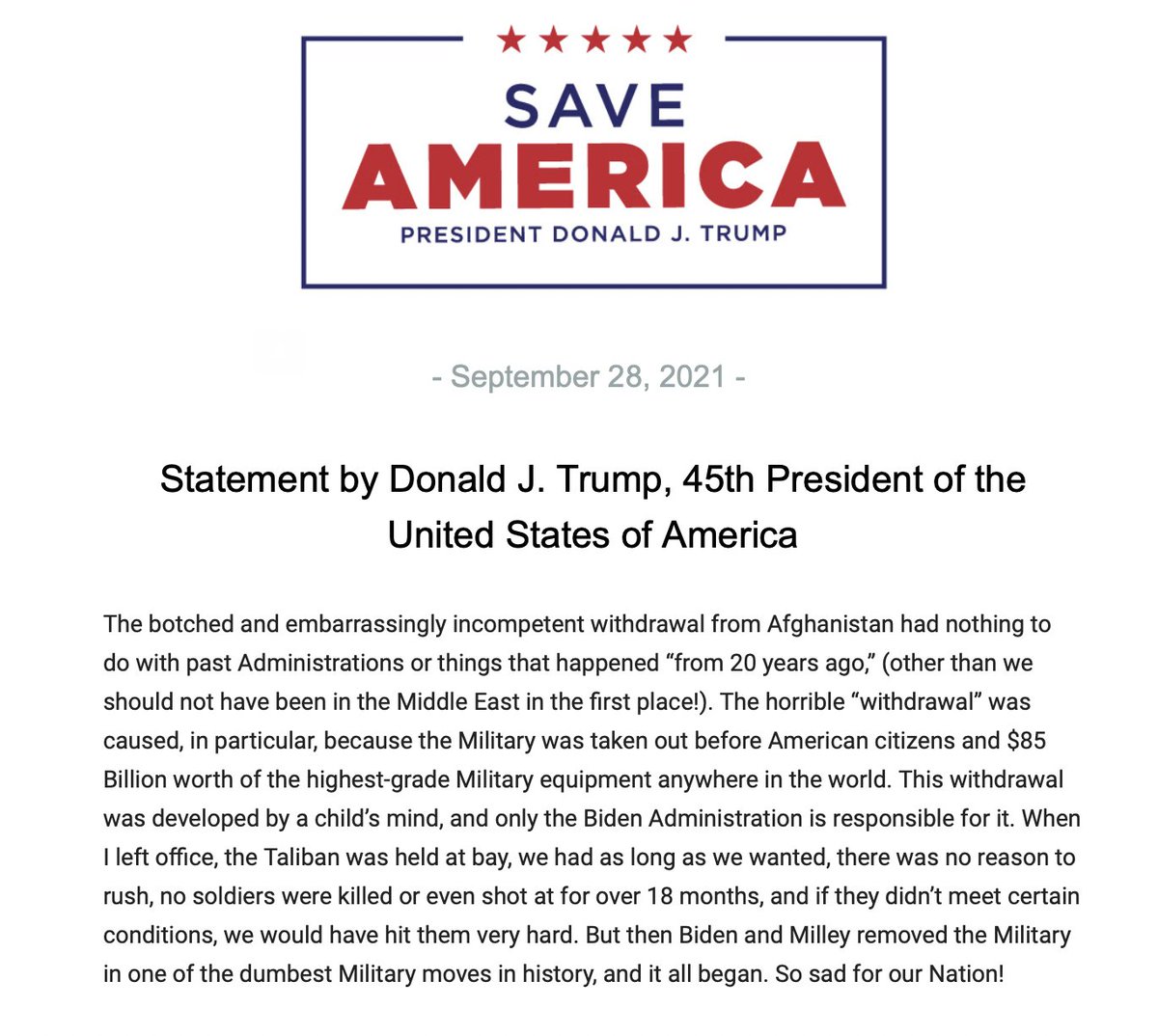 Back to the 16 year plan, patriots know the playbook

They’re trying to tell you we’re in the middle of deadly pandemic with a hospital bed shortage while simultaneously firing nurses and healthcare workers. Our government isn’t being run by serious people. Stop letting them dictate how you live your life.

This powerful image is from a high school in Crystal Lake School District in Illinois.

Each shoe is from a person that is quitting because of the COVID vaccine mandate and weekly testing. Each person wrote a note explaining why they quit, and placed it under their shoe. It Was A Con – White House Has No Idea When, or Even If, OSHA Will Ever Provide Rules to Support Legally Enforceable Worker Vaccine Mandate

Why the Biden COVID-19 Vaccine Mandate is Unconstitutional

The ever changing science. pic.twitter.com/vrB9ePYyCZ 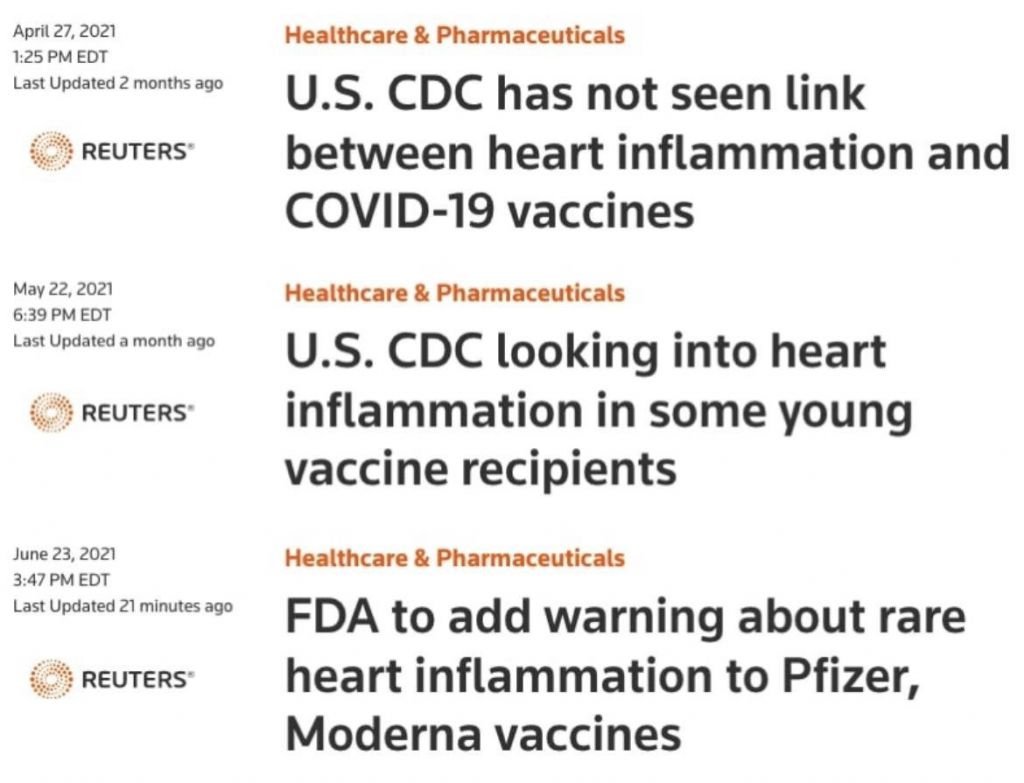 “The Arizona Senate’s report that was released on Friday raises some serious questions regarding the 2020 election,” said Attorney General Mark Brnovich. “Arizonans can be assured our office will conduct a thorough review of the information we receive.”

What happens if they destroy evidence

9 thoughts on “Tide Is Turning,How Do You Prevent This From Happening Again,Prosecution Is The Only Way- Ep. 2588”