The [CB]/Biden push to bring us into the green new deal and the great reset is failing, the people see what they are trying to do and it is not working. The [CB] was caught off guard, it seems they have taken the bait and they are removing the Russia from the SWIFT system, enter alternative currency. The [DS] is panicking their money laundering operation is being destroyed right in front of their eyes. Peace will be made when all actors are destroyed or they surrender, tick tock. Timing is everything, Trump needs to wait for  the 2 year mark so this way he can have 2 terms, plus two more years according to the 22 amendment. The plan is coming together 1 piece at a time, the [DS] is being dismantled. Scavino signals the storm is coming.

“It’s so critically important that MiCA is pushed through as quickly as possible so we have a regulatory framework within which crypto assets can actually be caught.”

There were multiple videos of this Strela-10 driving around the Obolon area of Kyiv. It wouldn't make any sense for it to be Russian. If it was, you would see a large Russian tank or motorized rifle unit with it, and it certainly would not be the first vehicle you saw.

The border guards at Snake Island? Another Ukrainian propaganda tool similar to the "Ghost of Kiev."

Reality: 82 of them laid down arms and were transported to Sevastopol by tug boat. They were given dry rations and water, then bussed home.

Germany said it will boost defense spending above 2% of GDP in response to the Ukraine war, following years of contention with the U.S. over military budgets https://t.co/P581toUcj0

BIG DIFFERENCE. MSM is the enemy of the people. 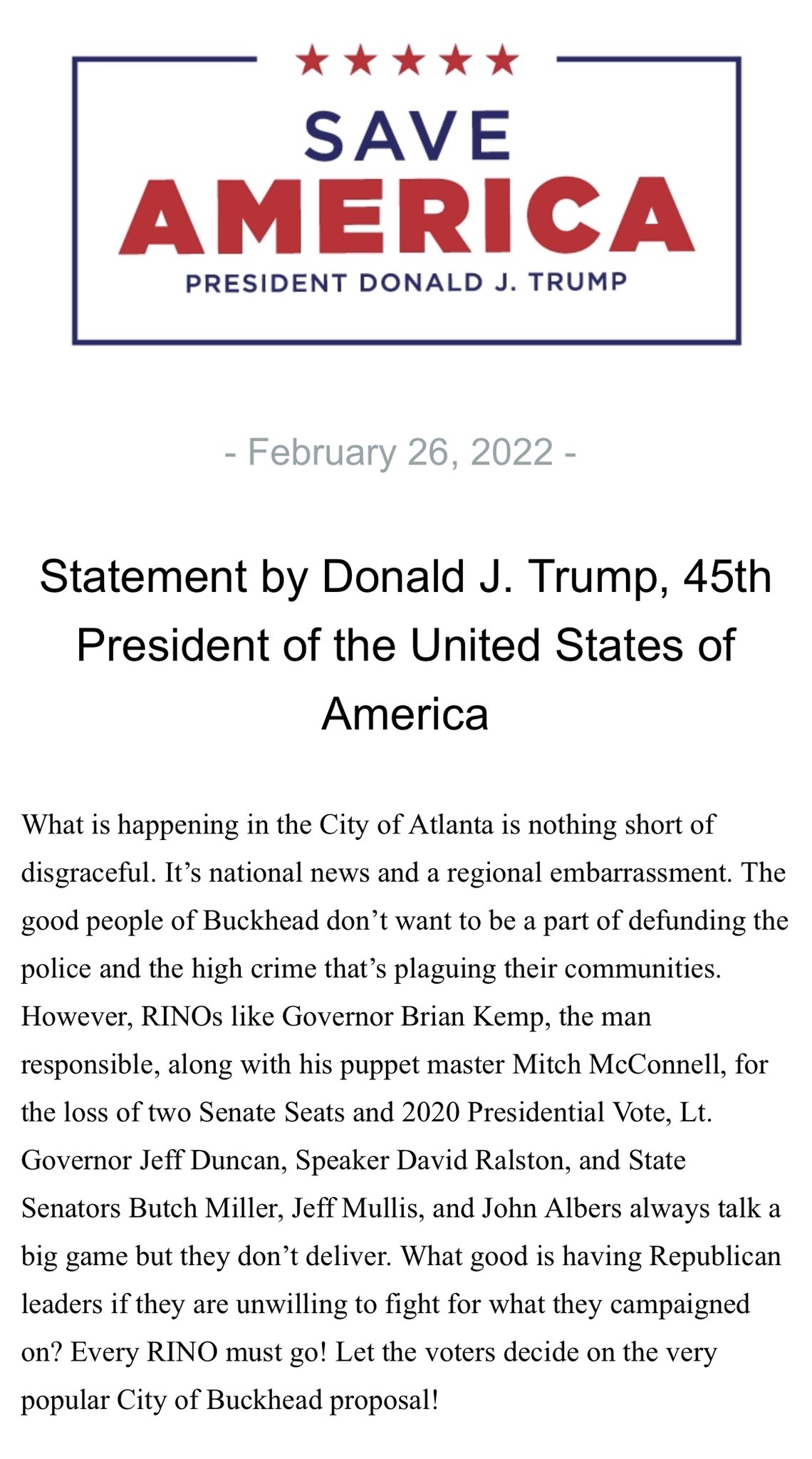 ⚠️This may cause some major TDS Syndrome to kick in🤯but in my personal opinion, Trump did an incredible job by delivering the 2022 SOTU tonight, at CPAC 2022 in Orlando, Florida. Just sayin’🤷‍♂️

“Passed by Congress in 1947, and ratified by the states on February 27, 1951, the Twenty-Second Amendment limits an elected president to two terms in office, a total of eight years. However, it is possible for an individual to serve up to ten years as president. The amendment specifies that if a vice president or other successor takes over for a president— who, for whatever reason, cannot fulfill the term— and serves two years or less of the former president’s term, the new president may serve for two full four-year terms. If more than two years remain of the term when the successor assumes office, the new president may serve only one additional term.”