Skip to content
Reports
July 21, 2021 x22report
SPREAD THE WORD
[JB] is now losing the narrative, Trump and the patriots made it impossible for the [CB] to keep the narrative and have the people believe it. The [CB] is left with no alternative but to proceed quickly with their plan to shut down the supply chains, the patriots are prepared for this, countermeasures are in place. The [DS] is now losing the narrative on the economy, border, virus and the elections. The patriots continue to push more and more at the [DS] and as the [DS] tries to spin it all they are losing the narrative, plus each faction wants to push their agenda and the narratives are crossing each other and now people are asking questions. Rand Paul is now going after Fauci, why did Trump let Fauci handle it all, he set him up. The next phase is coming and it will bring justice, the [DS] will try to retaliate but it will fail, they don’t control the flow information. Ep 2533a – [CB] Supply Chain Narrative Begins, The People Are Going To See It All

Messages, sometimes signed “Dad,” from the email account [email protected] were found on a Hunter Biden laptop seized by the FBI in December 2019 from a Delaware computer shop owner.

#CCP Vows to Nuke #Japan if Japan defends #Taiwan. As Japan is the only country that has been nuked, so nuking Japan “will get twice the result with half the effort.”
中共軍事頻道威脅對日本實施連續核打擊，直到日本第二次無條件投降。 pic.twitter.com/dp45R2LXtD

So what are they trying to tell us , being vaccinated doesn’t ALWAYS stop you from spreading the virus.”
Well we also see people are testing positive for the virus even though they are vaccinated, why get the vaccine then

So, the vaccine does or doesn’t work, the narrative is breaking down, it’s either vaccine works or it doesn’t or the pcr test is giving false positives, which means that everything they told us up to this point might be wrong

Are people reporting cases or coming down with these diseases while vaccinated? No

We recall toys if they cause 1 death. We recall 70 million airbags if they cause 400 injuries and less than 20 deaths (in 20 years btw) but if you even question a 💉or the documented injuries sustained by them, you’re a crazy person who must be scilenced.

You know why? It’s too late now. You can’t undo 💉 so they’ll never admit fully a problem could exist, it would be chaos.

YouGov reports ~1/3rd of Brits who have the UK’s Nation Health Services covid app have turned off the government’s tracking feature. 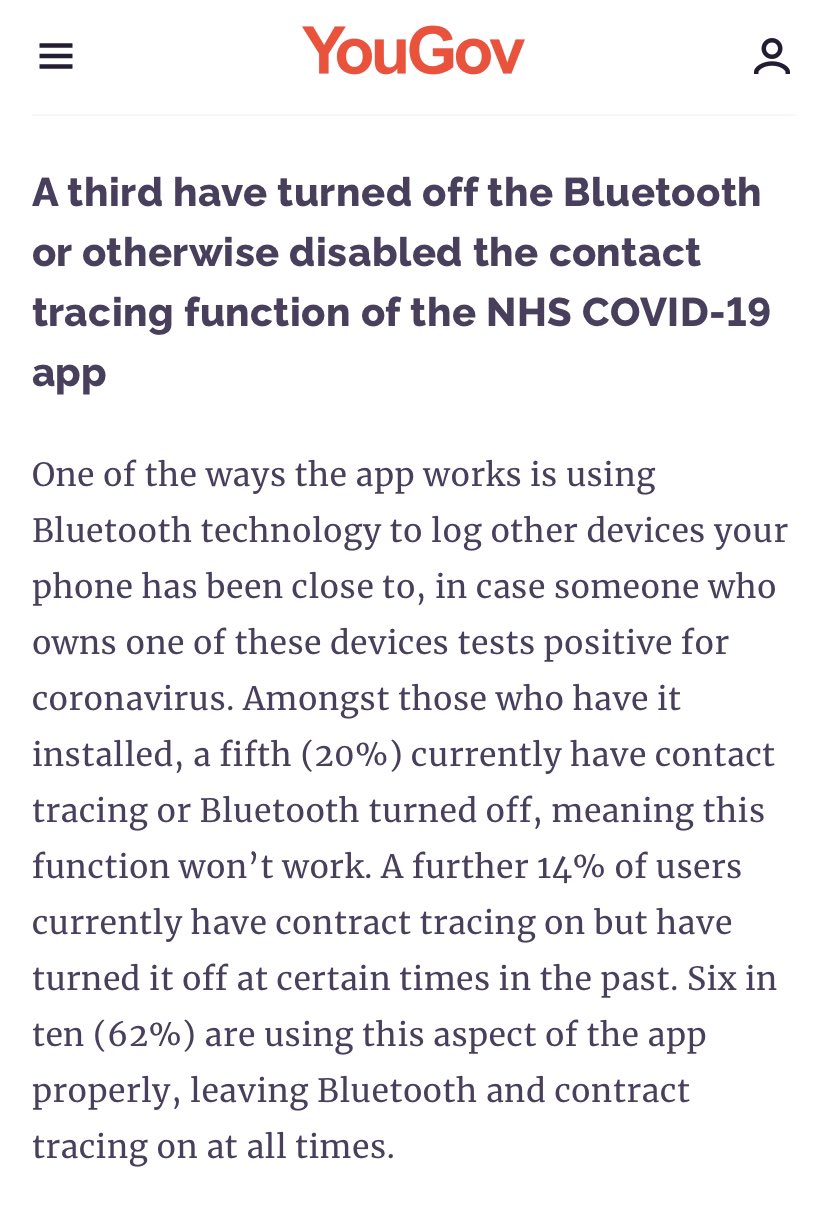 The [DS] is trying to push for lockdowns and mask mandates, why? Same playbook as the election, the forensic audit report is coming, they are trying to push the same agenda and it is failing, the narrative is now lost. The people will not fall for it the second time

Texas Gov. Greg Abbott Says He Will Not Implement Another Statewide Mask Mandate

If you know the playbook can divide the ds factions, narratives cross, it becomes confusing, people start questioning

He’s been outed. Dr Fauci has no credibility. He’s imploded. And he has made the situation worse. pic.twitter.com/nrE9pldEfm

Senator Rand Paul: Dr. Fauci, as you are aware it is a crime to lie to Congress, Section 1001 of the US Criminal Code. Critics say a felony and a five-year penalty for lying to Congress.  On your last trip to our committee on May 11th, you stated that the NIH has not ever and does not now fund ‘gain of function” research to the Wuhan Institute of Virology.  And yet, “gain of function” was done entirely at the Wuhan Institute. This was in February. Sigh. It’s been right in front of our faces. pic.twitter.com/wjGHzcbM5h 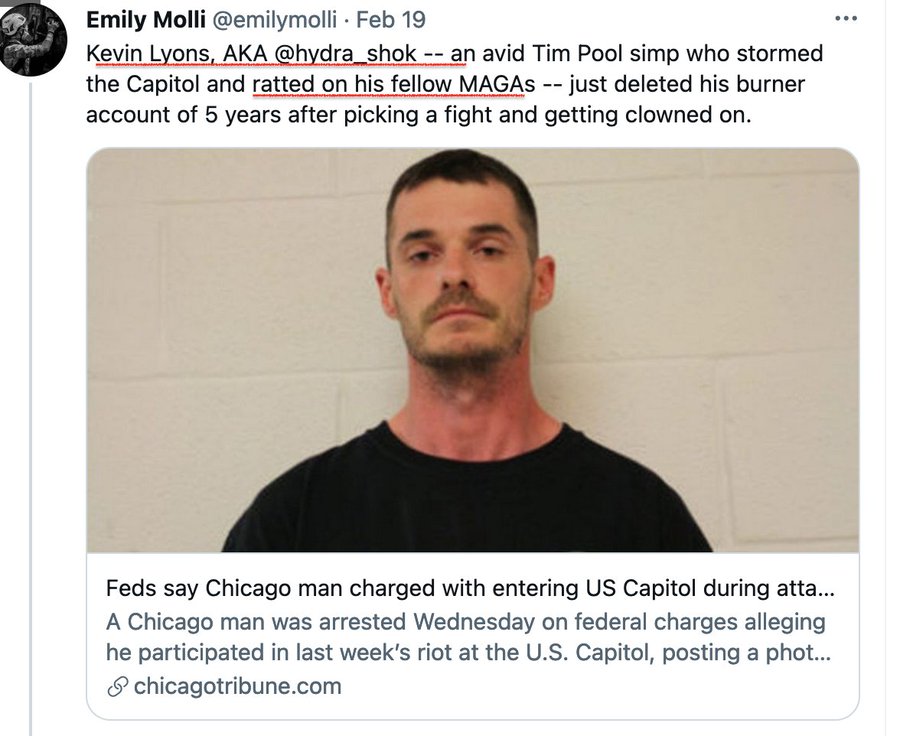 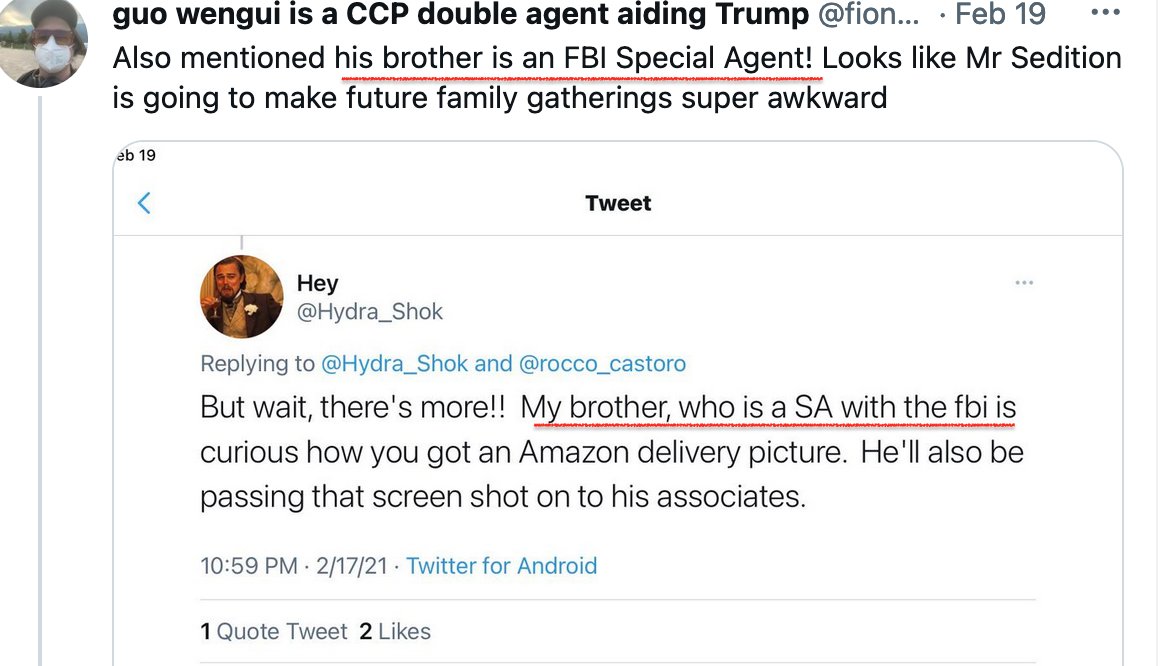 Dems are proving to the world that their little “committee” is nothing more than an anti-Republican witch hunt.

Pelosi and Schiff NEVER act in good faith & have ZERO interest in a neutral/unbiased committee. I’m glad Republicans aren’t falling for their BS for once! https://t.co/6ZFeDhdaDw

Two-Thirds of All U.S. Voters sounds like a congressional investigation mandate … but who can tell … https://t.co/RD6IC54XPx pic.twitter.com/neGsyikpQY 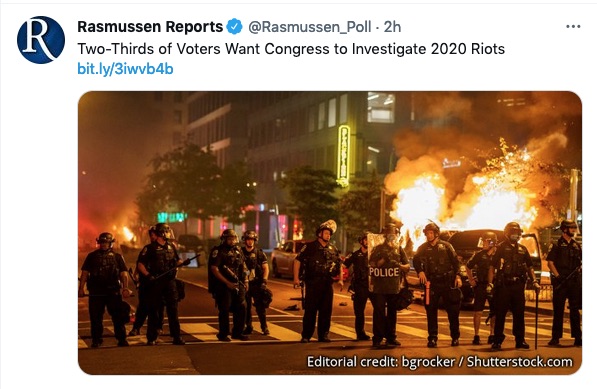 Lake County says they are waiting for their attorney’s opinion while Dickinson is moving ahead with the ‘maintenance’.

Iron County is planning on going ahead with the state’s request as well.

Republicans must take seriously the effort by Democrats to completely change America through the Reconciliation Process. Democrats are now suggesting that budget reconciliation can be used to pass Mail-In Ballot legislation as well as trying to include Amnesty in their infrastructure package. The infrastructure package has little to do with infrastructure as we know it, bridges, roads, tunnels, etc., but is a dramatic expansion of Government that will cost much more than the $3.5 trillion being discussed. Don’t let this happen!

If Amnesty is included in the infrastructure package, there will be a run on our Southern Border the likes of which we have never seen before. It will be a signal that says “come to America now, because you will soon be a citizen.” Providing Amnesty to illegal aliens, in the history of what already is considered the greatest Border catastrophe, will result in disaster beyond our gravest nightmares. No country can pay this price. Will lead to ruination!

Any effort to dictate national Mail-In Voting will be a disaster for our Country and for conservatism. There will never be a Republican elected to high office again. I urge every Republican to fight this and deny Democrats a quorum if that is what it takes to make sure that the Democrats can’t use reconciliation.

Republicans must push back for the sake of our Country and, far less importantly, the sake of the Republican Party!

Conradson: Now, you’re a constitutional expert and an elections expert, what is the role of the state legislature in elections, and what authority does the Constitution grant them?

Shestokas: The role of the state legislators, of course, the founding fathers wanted to put the control of elections as close to the people as possible. And so they set the rules, basically, to allow the state legislatures to pick the times, places, manners, and to regulate elections generally. But when it comes to the situation regarding the electors of the presidential choices of the Electoral College, The Constitution gives the states what they call plenary power. its one of the very few grants of plenary power within the Constitution and by that means the state legislatures have the authority by themselves without the participation of either the executive or the or the judiciary to, in fact, set the standards for choosing electors it’s in Article two, section one, and actually it’s easiest if I just read it directly because it says “each State shall appoint in such manner as the legislature thereof  may direct a number of electors equal to the whole number of senators and representatives to which the state may be entitled in Congress.”

Conradson: So the state legislature has plenary authority over the electors in their state, what will it take to decertify Arizona’s election?

Shestokas: You know I want to note a couple of days ago, Arizona State Senate President Karen Fann made some comments in response to some questions in an interview about the limits on the power of the Arizona Senate, and I might mention that for the most part 99% of what Senator Fann had to say was correct because when asked about a question about the recall of electors, she said well the Senate doesn’t have that power, she’s correct in that regard because who has the power is the legislature in which case it would be the House and Senate, acting in concert.