The entire economic system is now falling apart, the people are going to see this first hand, sometimes you must show the people. The crisis is coming and the [CB] is panicking. The Atlanta Fed has already reversed the GDP numbers and it doesn’t look good. The [DS] is now preparing the narrative, they are projecting everything onto Trump by using the Milley story. Was Milley a WH?. The timing of the story corresponds to Devolution. The [DS]/fake news are trying to make it seem like Trump was about to attack China, why. Is the projection timed with the forensic audit. Trump did say we were attacked and it worse than Pearl Harbor and 911. So who attacked us, was it China? Is China preparing for the fallout, is the [DS] preparing for the fallout, it starting to seem that way. The economy is next, even the FED is seeing it.

Judicial Watch announced today that a hearing is scheduled for Wednesday before Supreme Court of Delaware in its state Freedom of Information Act (FOIA) lawsuit, which was also filed on behalf of the Daily Caller News Foundation, for access to records about President Joe Biden’s Senate records held by the University of Delaware. Biden’s papers include more than 1,850 boxes of archival records from his senate career. The University is withholding the alleged agreement with President Biden to keep them secret as well as communications between the University and representatives of the President about keeping them secret.

On NBC Nightly News, Andrea Mitchell essentially made the argument that Milley was right to commit treason and promise aid to China. Despite the fact Milley’s delusions had no merit, she argued it really looked like Trump was going to start a war with China. pic.twitter.com/6QFH7bvRbg 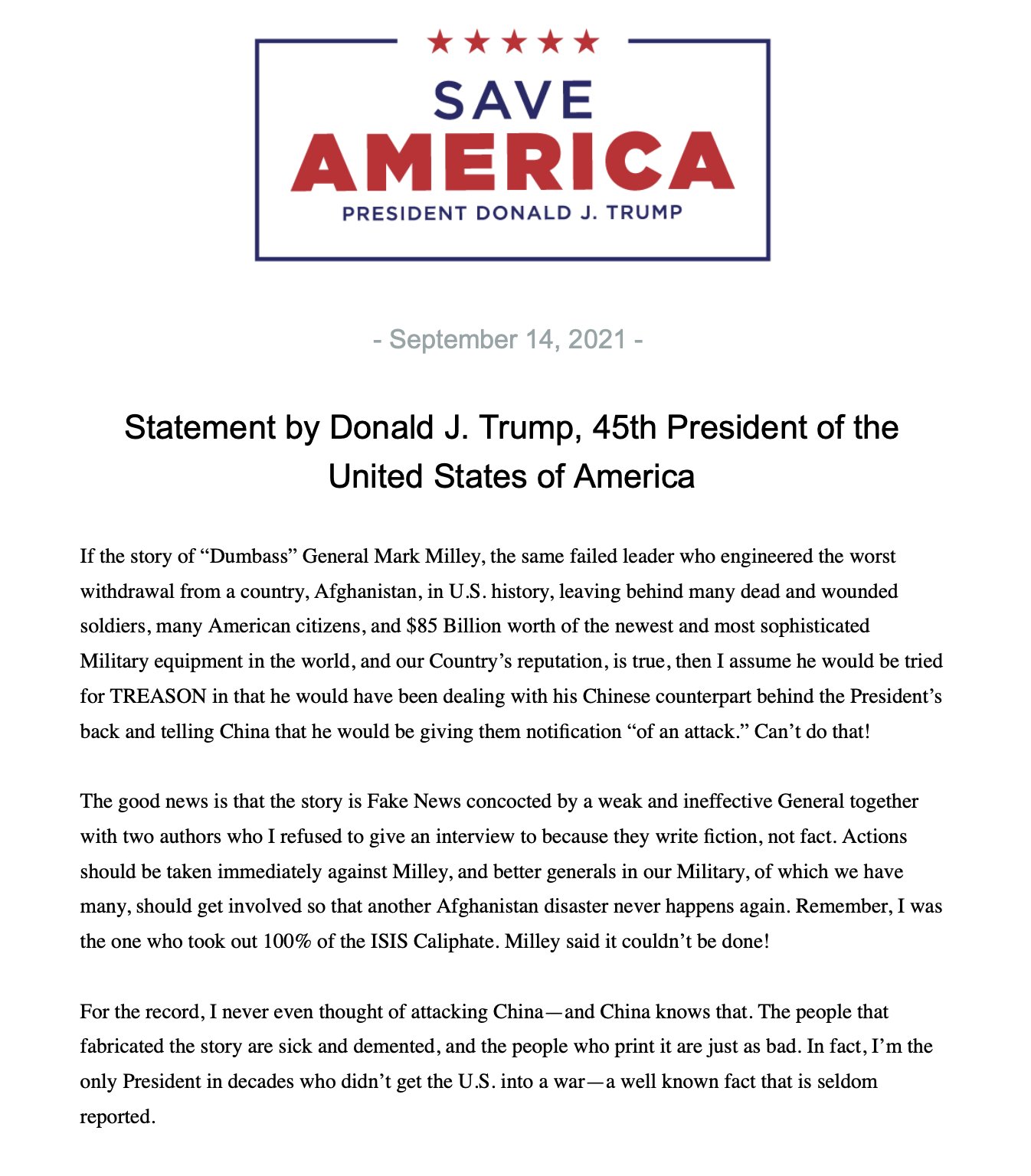 Remember 5 years ago fake news media created the fake narrative that General Michael Flynn  was colluding with Russia. Calls are recorded others are always listening in, where are the transcripts

Milley was well aware others were listening in and recording everything he was saying.

This is fake, this story was timed and put out for other reasons

Why would the [DS] put out a story like this

NBA players will not need to be vaccinated against Covid-19 ahead of new season, source says

If D’s shutdown the gov’t – what happens to the US MILITARY?
What specifically occurs?
Think budget.
Why is this relevant?Q

1. THE MILITARY WILL NOT STOP OPERATING

All uniformed military personnel will continue to work through the weekend and will report to work on Monday, while military operations abroad will continue. However, there is chance that many active military and civilian employees will not be paid for their work until the shutdown ends.