Ep 2822b – Scavino Sends Message, We Serve At The Pleasure Of The President, DJT, COGCON Ep 2822a – [CB] System Failing, Economic Countermeasures Put Into Place Around The World

The Biden admin are ready to shutdown another oil field, this is all apart of the agenda.  Jobs were not created under Biden, its the manipulated statistics they are using. Small business optimism slumps. Inflation up and wages are down, they [CB] pushing CBDC and the patriots are pushing alternative currency. The [DS] is trapped in their own treasonous, seditious acts and they are being exposed to the public. The fake news is failing, the [DS] is failing. The midterms are approaching and the [DS] is left with Covid 2.o to alter elections, this will not work, the people are not going along with this. Their agenda is failing, the patriots are exposing the truth and the [DS] is trying to stop it. Scavino sends a message, get ready it’s about to get interesting.

“President Trump made his administration focus on American energy independence and the freedom it provides from day one of his term,” Secretary of the Interior David Bernhardt said in the news release. “This decision will make a significant contribution to keeping oil flowing down the 800-mile Trans Alaska Pipeline decades into the future while delivering federal and state revenue as well as important impact assistance to the affected native communities.”

“The project is an important job creator for families in Alaska, with more than 1,000 jobs expected during peak construction and more than 400 jobs during operations, creating more revenue for the State, and offering protections for important resource values such as caribou and subsistence activities,” said the head of BLM Alaska, Chad Padgett

Year-over-year real wage growth – your paycheck accounting for inflation – has been negative EVERY SINGLE MONTH since Biden passed his $1.9T “stimulus.”

By contrast, real wages were only negative one month during Trump’s entire 4-year term. pic.twitter.com/2a1aR5yiU8

San Francisco children walk past open-air drug den on way home from school, shocking video shows: report https://t.co/dwGghLoRGh #FoxNews If a San Francisco person from 60 years ago arrived today – they would believe a collapse of civilisation had taken place. 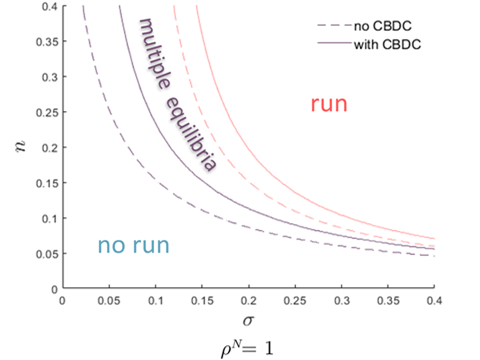 -The Left makes up a lie.

-And when you try to tell the truth, the Disinformation Board comes for you.

🚨🚨O___O Joe Biden said he knew NOTHING about Hunter's business. But in this late 2018 exchange, it **LOOKS** as if: HUNTER BIDEN NEEDED HIS DAD'S PERMISSION TO WIRE MONEY to Owasco LLC (hunter's work).

**At VERY LEAST it SHOWS that Biden family accountant handled BOTH things. pic.twitter.com/MQKJP18AQ3

Remember when the left and MSM went after a 12 yo Barron Trump, but can’t muster up a single negative thing to say about a 50 yo son of the current president who’s on video banging hookers and smoking crack?

“The enumeration in the Constitution, of certain rights, shall not be construed to deny or disparage others retained by the people.”

And as far as I’m concerned, you cant vote away the original 10 amendments, the Bill of RIGHTS

I don’t hate the man, but it’s time for Trump to hang up his hat & sail into the sunset.

Dems should also call off the attack – don’t make it so that Trump’s only way to survive is to regain the Presidency.

Pandemic Panic Theater 2.0: With 0.0002% of the Population Infected With Monkeypox, We’re Apparently Doomed

Why vaccines and masks? https://t.co/z9IyTmJTD9

The Gateway Pundit has named him as the "Confidential Human Source" who was spying on the Proud Boys for the FBI, as revealed in the leaked documents published today pic.twitter.com/LQxilh8sTT

Nichols sided with the Department of Justice, saying that the burden of evidence for the Merrick Garland-led agency is that they “need only to show that ‘wilfully’ in the contempt of Congress case that Bannon deliberately and intentionally failed to respond to Jan. 6 committee subpoena,” according to the Guardian’s Hugo Lowell. Bannon, in June, dared Garland to indict Trump.
Source:  thepostmillennial.com

Evacuating the President
The Presidents   ultimate destination would be onboard the E-4B National Airborne Operations Center (NAOB), a highly survivable militarized version of the Boeing 747-200 capable of being refueled in flight.

After several days in the air, the President could choose to go to one of the Presidential Emergency Facilities at Mount Weather, Site R, the underground bunker at Camp David, the bunker at Offutt Air Force Base, the new bunker under the Denver International Airport, or other still-classified locations.

Secret C-20C “Senex” Aircraft
Three Air Force C-20C aircraft (85-0049, 85-0050, and 86-0403) based at Andrews AFB are operated by the Presidential Airlift Group (PAG) of the 89th Airlift Wing. The C-20C aircraft are a secret part of the COG program and are designed to move senior executives (Senex) quickly in the event of a national emergency.

The three C-20C aircraft are equipped with a comprehensive hardened communication system installed by E-Systems and designed to enable operations in a post-nuclear environment. Whenever the President travels away from Washington, a C-20C is positioned discretely at an adjacent airfield in case the President has to suddenly depart and Air Force One has been disabled.