The global economy is breaking down, the [CB] are exposed and the world is going to watch how a [CB] driving economy implodes. The [CB] are not managing the economies for the people they are managing it for themselves, to enrich themselves and to enslave a people. Trump has just signed the phase 1 trade deal with China, this is just the beginning. The [DS] has now pushed their agenda forward in regards to the fake impeachment, the patriots have the [DS] /Ds exactly where they want them, the Senate was the key, it is now the patriots turn. SP has now rescinded Flynn’s guilty plea, everything is about to change, she wants 30 day continuance which brings us to Feb 27. Trump during his rally mention [LL], the tarmac, he did this on purpose, it all about to be exposed.

That includes some $32 billion in additional purchases of American farm exports and $50 billion in natural gas and crude oil,  . The administration insists the different nature of the deal is by design and that it won’t need the approval of Congress. “

This is not a free trade agreement,” it told supporters in a memo last month. “Its purpose is to rectify unfair trade practices.”

After years of Washington ignoring the well-being of blue-collar Americans, President Trump is putting them first.

Take a listen to what Trump says about the trade deal

The Fake Impeachment is a go, NP has now announced her handlers, She tweeted out the following

Today, I have the privilege of naming the Managers of the impeachment trial of the President. #DefendOurDemocracy pic.twitter.com/Y2613Ni3pC 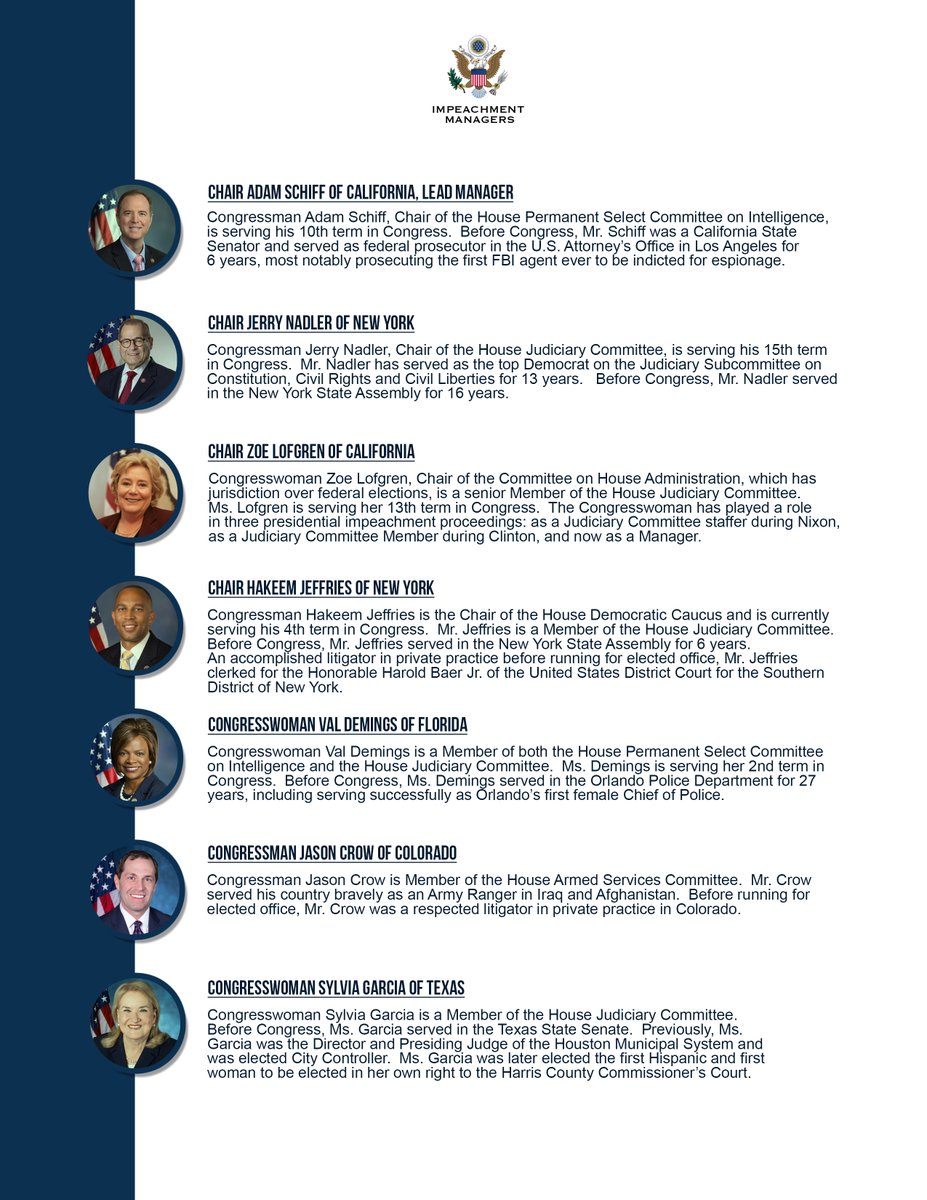 BREAKING: Impeachment managers Schiff & Nadler went well beyond the language of the charges in the Articles @ this morn’s presser by alleging President Trump tried to “cheat” in 2020 & “rig the election,” and that he “broke the law” & committed “crimes” by suspending foreign aid

Plus NP just like Adam Schiff, she changed what Trump said to Zelensky, Trump didn’t say do me a favor he said do us a favor,

TAKE Listen to NP on how she lied to the people

The [DS] and the Dems did not get what they needed from the SC, so now they decided to whip up other evidence if you want to call it that, now we know that RG has been talking to Lev Parnas and we know that these individuals were arrested, and now there is

We need to remember that all of these people have been under survelliance, phones have been monitored, lets go back to post

Will AG Barr Declas Fisagate Docs If Mueller and Fake News Mislead the Public This Week?

[Be Ready], [Traitors one & ALL].
Thank you for playing.
FISA goes both ways.
Q

The [DS] plan failed before it they can introduce the evidence in front of the Senate. The Patriots already know what was planned, they been monitoring all of them. Remember Mueller, how he was ready to indict everyone, Brennan was telling us that indictments are coming down soon he is saving Trump for last, countered. Remember the whistleblower who had the goods on Trump call with Zelensky, Trump countered by releasing the call, why are the patriots doing this, why are they allowing this to happen to show the people, to let the people understand how low they would stoop to protect themselves, remember the tweet from Trump

If you remember the fight in the movie, Rocky allowed Drago to through all the punches, Rocky just sat back and took each punch, by defending his body. Drago started to tire, he couldn’t throw any more punches, and on this day Nov 27, 1985, Rocky knocked Drago out in the 15th round.

Trump is a counter puncher, he doesn’t hit first, but when he fights  back the punch is ten times harder, this tell us that Trump and the patriots are about to hit the DS very hard,

Cryin’ Chuck Schumer just said, “The American people want a fair trial in the Senate.” True, but why didn’t Nervous Nancy and Corrupt politician Adam “Shifty” Schiff give us a fair trial in the House. It was the most lopsided & unfair basement hearing in the history of Congress!

The White House has its team to defend Trump, or are they ready to produce other evidence against the [DS] and Dems

These guys are going to destroy the manager and others

The SENATE WAS THE KEY

And now we have Sidney Powell make her move, timing is incredible

HUGE! Devin Nunes: We Were Told in Early 2017 by Highest Levels of DOJ that General Flynn Didn’t Lie to the FBI (VIDEO)

What are the odds:

Q says, “In the end all will be right.” pic.twitter.com/7l6UupVoxJ

Lets take a look at

Michael T. Flynn (“Mr. Flynn”) hereby moves to withdraw his plea because of the government’s bad faith, vindictiveness, and breach of the plea agreement. See ECF No. 150. Mr. Flynn also requests a continuance of the sentencing date set for January 28, 2020, for thirty days or until February 27, 2020, or such other subsequent day that is convenient to the Court and counsel, and a corresponding extension of time to file any supplemental sentencing memorandum (from January 22, 2020, to February 21, 2020). The continuance is requested to allow time for the government to respond to the most recent aspects of this Motion and for Mr. Flynn to provide the additional briefing he needs to protect the record and his constitutional rights in light of significant developments in the last thirty days.

30 days, this matches with the watches that Q posted, one watch was the 19 and the other is the 27 and we know that
Q has said that Flynn free in 30 exactly 30, the question is will the declass happen on the 19th, because this
show that Flynn was setup, all this happening the same time the impeachment trial is happening, coincidence.

We all know that the Patriots are putting together a perfect storm, this includes spying, treason, crimes against humanity and something very interesting happened with Prince Andrew, we know that he stepped out of the public spotlight after he tried to explain interactions with Epstein and others and now

During his speech, Putin said he intended to create the position of deputy secretary of Russia’s security council, which would be offered to Medvedev.

Medvedev’s move to the new role will mean Russia will get a new prime minister whenever a new government is formed.

Trump said something very interesting in at the  Milwaukee Rally

POTUS at tonight’s rally talking about the tarmac meeting: “They (Clinton) may have made her (Lynch) an offer…where you’re going to the Supreme Court.”

We’ve known for a while! pic.twitter.com/hRfDeOb6dI

One thought on “Senate Was The Key, Patriots Turn, It’s All About To Be Exposed – Episode 2071”