Ep 2748a – [CB]/Biden Admin Panic, Great Reset Agenda Imploding
The [CB]/[DS] are blaming everything on Putin, fuel, inflation, food shortages, this all has nothing to do with Putin, the [CB]/Biden admin did this on their own, they are responsible. The BRICS are now going against the [CB], panic.  The big lie that the fake news and corrupt politicians have been telling is about to be revealed the same way the HB laptop was revealed to be true. The crime of the century is now being produced and the [DS] is going to throw everything they have to stop it. They are now trying to bring back covid, they are pushing the bird flu to push food shortages. They are trying everything they can, this is all going to fail. The people see the plan. Next round is about to hit the [DS], buckle up.

Revoking the March 2019 Permit for the Keystone XL Pipeline. (a) On March 29, 2019, the President granted to TransCanada Keystone Pipeline, L.P. a Presidential permit (the “Permit”) to construct, connect, operate, and maintain pipeline facilities at the international border of the United States and Canada (the “Keystone XL pipeline”), subject to express conditions and potential revocation in the President’s sole discretion. The Permit is hereby revoked in accordance with Article 1(1) of the Permit.

On Monday, the Missouri Office of Disciplinary Counsel ruled that Gardner will face no disciplinary action for her lawlessness that resulted in the removal of popular Missouri Governor Eric Greitens.

Billionaire Elon Musk has decided not to join the board of one of social media’s titans, Twitter, the San Francisco-based company’s CEO, Parag Agrawal, said Sunday night.

The announcement came as a surprise after Musk, the CEO of Tesla, said he would be joining the board following his stock purchase of about 9.2 percent of the company.

On Sunday Agrawal tweeted, “Elon has decided not to join our board.”

The Constitution does not authorize the federal government to prevent you from making your own firearm. This a fact that has been recognized for 200+ years. Also, Article 1, Section 1 (literally the first operative sentence in the Constitution) says Congress makes law, not POTUS! pic.twitter.com/vTFRvKYTVi

Why bird flu, are they getting to kill chickens, turkeys, hens etc and make the food shortages even worse for the great reset, its starting to look that way.

Students will be required to wear masks in schools when they return from spring break.

Ivermectin on its way to becoming available without prescription in Tennessee

“And as we began put the pieces and parts together, it really did dawn on us: ‘Well, this sounds like what’s happening in Atlanta or in San Luis, Arizona’… This was a conspiracy. This was organized crime,” he emphasized.

Catherine describes the “fateful moment” when she turned to Gregg and asked, “How do we take down a cartel?”

“That’s when we began to use the terms like stash houses, and drop points, and mules, and trafficking, and voter abuse because that’s what we’re looking at,” she continued.

Focusing on six states, Arizona, Georgia, Pennsylvania, Michigan, Wisconsin, and Texas, True the Vote spent $2 million to buy publicly available cell phone data that can pinpoint an individual’s location to within a few inches. They then narrowed their search to targets who began visiting drop boxes and NGO offices during the early voting weeks leading up to November 3rd, activity that was contrary to their prior “pattern of life.” In Georgia, the threshold was at least two dozen trips to drop boxes and five visits to a non-profit.

Catherine described their filtering logic, they wanted parameters that were “outside the norm, so aberrant that it would just stick out like a sore thumb in terms of a dataset… We wanted to have such clear margins, such clear lines that we finally settled on groups that were going [to the drop boxes] in Georgia an average of 23 times — so distinctive. And, as Gregg points out, they also had to go to the NGOs — so they had to meet both those criteria a certain number of times for us to really drill down and study.”

Through open records requests, True the Vote acquired and drop box surveillance video (when available), which helped them confirm the trafficking activity. They also evaluated chain of custody documents to identify what a typical day looked like at a given drop box. Those records showed normal ballot drop data punctuated by “spikes” in ballot receipts. This information helped them home in on specific dates and times buried in their 4 million minutes of footage.

“This is how money laundering works,” Charlie observed. “This is not just a one-off thing, this is not some Democrat activist that really wanted Trump gone and might have had a couple friends do this. This was a machine.”

“Which state was the worst offender?,” asked Charlie. “Pennsylvania,” Gregg stated unequivocally. “The worst in every way: 1,155 people met our criteria… in Philadelphia.”

“What’s even more insane,” Catherine said, “is watching the data, watching the pings come across the bridge in New Jersey and into Philly.” The traffickers actually crossed state lines to participate in the fraud. And it wasn’t just in Philadelphia. Two mules in Arizona made their way to Georgia for the runoffs. And a bartender in South Carolina came in to “help out” in Atlanta, Gregg added.

Even more disturbing, the National Republican Senatorial Committee (NRSA) knew about the systematic ballot stuffing and did nothing. “We learned that there were off-duty law enforcement officers, paid for by the Republican Party, that reported all of this. And [the NRSA] just covered it up,” Gregg said.

This is how Third World countries operate

“We believe they were tracking people all the way back into the latter part of the election, certainly in November and early December” pic.twitter.com/pUnHRYqoI2

Yes there was widespread systemic election fraud. We know because we’re not allowed to say it! pic.twitter.com/mZggTd26Ic 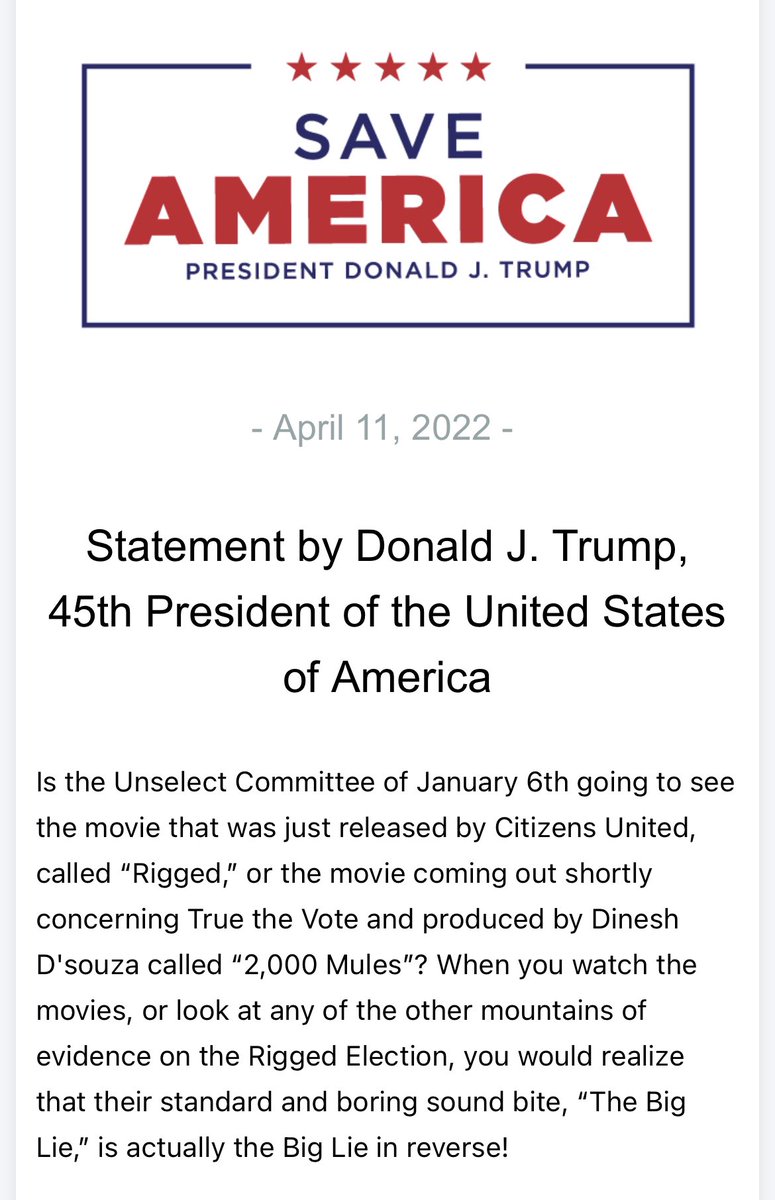