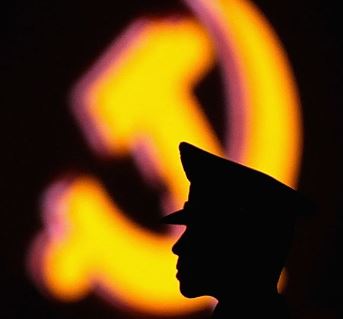 Jig-saw, Jenga, and Scrabble rolled into one.

Saying we need to go back years to understand how all the pieces fit together would be an understatement. We would need to go back years and multiple geo-political layers. But for the time being let’s take a step back 2 1/2 years to February of 2020. Then Secretary of State, Mike Pompeo was delivering some remarks to the National Association of Governors. Here are a few candid statements made by Pompeo. This was in a room full of sitting State Governors.

“Last year a Chinese government-backed think tank in Beijing produced a report that assessed all 50 of Americas governors and their attitudes towards China. They labeled each of you as either friendly, hardline, or ambiguous. I’ll let you decide where you think you belong but someone in China already has”.

Never have I witnessed a sitting Secretary of State deliver such direct remarks to an audience that was expecting more of a pep rally speech. You could easily see he was telling the governors “We see what you’re doing”.

Imagine waking up one morning to find that the current Director of National Intelligence, Avril Haines or the DNI before her, John Ratcliffe had suddenly disappeared. And I mean that quite literally. It would be quite easy for the story of the Chinese defector to be a distant memory given the absolute flurry of events that have transpired over the past few years. But one day back in February of 2021 the Chinese Vice Minister of State Security, Dong Jingwei (henceforth referred to as DJ) just up and defected to the United States with his daughter and placed himself under protective custody of US officials. This was a whole two weeks into a Biden administration. I even remember reading the Newsweek article. Here is the headline:

Shrouded in mystery? Isn’t a defection ‘shrouded’ by it’s very nature? I mean call me crazy but I’m struggling to remember the last time someone telegraphed either the timing or nature of their own defection. But perhaps my journalistic expectations of Newsweek are a tad too high. It was interesting because all the initial reports from June of 2021 parroted the exact same point which was DJ defected to the U. S.  bearing potentially damaging evidence regarding the alleged origins of COVID-19. Follow-up reporting (which is code for ‘we hope you don’t read this’) revealed that DJ allegedly handed the U.S. intelligence community a list of American officials passing intelligence to China, as well as the names of Chinese spies operating in the United States. That sure seems like some important information to leave out of the equation now doesn’t it? Back in June of last year Jennifer Van Laar of RedState was the first to report that DJ had defected to the West but since that story broke there’s been staggering amounts of information brought forth.

But the larger point that we need to drive toward is not who defected or what they were delivering when they defected. Don’t get me wrong, those are important points but secondary…at least for now. What is critical is that when he defected to the CIA….oh wait…he didn’t defect to the CIA? What about the FBI? Nope. Not there either. For some reason he apparently decided to defect to the Defense Intelligence Agency (DIA). But why is this important nearly one and a half years after he defected? It sent an interesting message that the man who knows the identity of all the Chinese spies in our country chose to defect to the DIA and only the DIA.  It was further reported that the DIA was not sharing the information it was receiving with the FBI or CIA. Now, why would that be?

Sometimes the enemy of your enemy may not be your friend, but they can sure be helpful when the circumstances call for it. What we see transpiring is the continued exposure of the corrupt FBI and CIA at a time when we need to trust them the most. But the DIA? That may be an entirely different story. Let’s not forget the origins of the DIA in light of what we know and continue to unearth about it’s counterparts from the FBI and CIA. The DIA offered a safe haven for the defector. A place where the critical trove of information that he had to offer was at the least risk of being buried in the sewer of U.S. intelligence. But what I find most interesting is that DJ defected to the DIA during a Biden administration of all times and somehow his decision to hand himself over to the DIA was kept so under wraps that neither FBI Director Christopher Wray nor the CIA had any knowledge of it. Remember one of those bullet points above?

Can you say Hunter Biden? Joe Biden? And who even knows how many scores of others? In thinking back to the beginning of this article and that room full of governors being addressed by Secretary of State Mike Pompeo, it was an interesting dynamic. Not only was he addressing them as Secretary of State but perhaps more importantly as the former Director of the CIA. Pompeo knew the score.

Is it possible that the perfect timing we are so accustomed to seeing from Trump has manifested itself once again? Did the defector deliver the final goods and they ended up at a certain golf resort in Palm Beach, FL? The DIA was established by JFK for moments in time precisely like this one.

This would not be the first time that 45 referenced a page from a 35 playbook.

But it may very well be the most consequential. One thought on “The Enemy of My Enemy”