The stock market just hit twenty eight thousand points for the first time, the plan is working. Trump let’s the farmers know that more funds are heading their way. The MSM/CB are trying everything to control the economic narrative, it is failing, Trump lets the CB/MSM know that it is not working. The patriots are in full control, this week more individuals are slated to testify and before they do the entire narrative is falling apart, they are exposed. The patriots are prepared to and getting ready to harvest. The IG report is ready, the clock is ticking down. Q drops more bread, lets us know that certain individuals might off themselves once the charges are produced. Panic in DC, Pain is coming.

Dow hits 28,000 – FIRST TIME EVER, HIGHEST EVER! Gee, Pelosi & Schitt have a good idea, “lets Impeach the President.” If something like that ever happened, it would lead to the biggest FALL in Market History. It’s called a Depression, not a Recession! So much for 401-K’s & Jobs!

Our great Farmers will receive another major round of “cash,” compliments of China Tariffs, prior to Thanksgiving. The smaller farms and farmers will be big beneficiaries. In the meantime, and as you may have noticed, China is starting to buy big again. Japan deal DONE. Enjoy!

Paul Krugman has called me wrong from day one. People at the Failing New York Times are very angry at him for having “missed” by soooo much. Paul, match over! https://t.co/5kspoUPhIX

The patriots are in full control, trap set, IG Fisa report on deck, watch for those who may commit suicide, when charges are brought and more indictments are unsealed the panic in DC and on the MSM is going to be off the chart, watch those who scream on social media, they will lash out at Trump and the patriots, this is a sign we are very close, we are already seeing, because the fake impeachment is not working, the biggest reason I believe it has not worked is because the people are awake, they MSM/DS no longer have the sleeping public, their tactics do not work anymore, this was the trap and the fell right into it. Q dropped more bread which will be discussing a little later in this report but first another presidential candidate campaign is now floundering,

The fake impeachment is not working for the DS/Dems the people are now awake and they see through the sham, during Yovanovitch’s testimony Trump tweeted out about her job performance, Trump mentioned Somolia and he was right, Somolia is a mess

TRUMP WAS RIGHT! Somalia was a Mess When Yovanovitch Went There to Work – And a Failed State After She Left

Somalia was SO BAD after Marie Yovanovitch moved on there were thousands of starving children in refugee camps and civil war.

Elise Stefanik hit the disgrunteled employees hard with real questions, she called out Adam Schiff on how he said on mulitiple occassions the wb will testify, but as we know the WB is not testifying, Rep Stefanik has now become a target of the MSM/and the DS

There is a fake picture of @EliseStefanik flipping the bird. This is the original without the photoshop.

WOW! Fired Ambassador Yovanovitch LIES Under Oath – Changes Her Story About Burisma During Testimony… Shouldn’t She Be ‘Roger Stoned’ Too?

Then AS reveals the real reason for this fake impeachment, the President didn’t do anything wrong, there are no crimes, there is only one reason and one reason only they want Trump impeached, they know what is coming and they are panicking.

Now we know that more individuals are going to testify, the DS has been releasing select parts of the transcripts of Morrison and others and it seems Vindman is in trouble.

Timothy Morrison testified that Fiona Hill said she had questions about Lt. Col. Vindman’s judgment and that some people suspected him of being a leaker. pic.twitter.com/UxqsnRSgvL

The MSM/Dems have omitted Exculpatory information from Tim Morrisons Transcript, now why would they do that, they did this to build a narrative, to make it seem like they have something, but this will fail.

Now the IG FISA report is coming out soon and the patriots are continually prepping the American people, letting them know who the players are, that there is a resistance, that all of what we are watching is a coordinated effort to remove the President.

Since the speech the calls for Barr’s impeachment has intensified

Another lunatic authoritarian speech as Barr goes from attacking “radical secularists” at @NDLaw to one month later attacking the “resistance” at @FedSoc.
Impeach Barr now!

This is what we call panic.

The investigations into Epstein are continuing, Prince Andrew is now on a new excuse of why he was not involved with JE and why didn’t have sex with anyone, it was because he was eating pizza at the time, it is getting harder and harder for these people and their lies are not going to cover up what they did, now with JE this is interesting

Federal prosecutors offered a plea deal to two correctional officers responsible for guarding Jeffrey Epstein on the night of his death, but the officers have declined the offer,

The existence of the plea offer signals the Justice Department is considering criminal charges in connection with the wealthy financier’s death at the Metropolitan Correctional Center in New York in August. The city’s medical examiner ruled Epstein’s death a suicide.

Ever since President @realDonaldTrump took action in the face of Congress’ neglect, border apprehensions have plummeted by 70% (!) since the peak of the crisis.

THANK YOU to our brave @CBP officers! pic.twitter.com/TYaPToUdBX

BREAKING: North Korea lashes out at Joe Biden, calling him a “rabid dog” who “must be beaten to death with a stick” pic.twitter.com/eH9a1R2pV3

Mr. Chairman, Joe Biden may be Sleepy and Very Slow, but he is not a “rabid dog.” He is actually somewhat better than that, but I am the only one who can get you where you have to be. You should act quickly, get the deal done. See you soon! https://t.co/kO2k14lTf7

The Harvest [crop] has been prepared and soon will be delivered to the public for consumption.
Lets go back to when Comey and Nunes were talking about the harvest, Comey tweeted the following
, its good to be back in iowa, this was Oct 2017, then we have comey on June 2018 tweet out, so good to see new growth.  Then we had nunes tweet out corn ready to cut, this was on July 2019, recently we had nunes next to a tractor ready to harvest.
A Higher Loyalty [Y].
Comey on Nov 15, 2019 tweeted the following

Notice the Y is in kill brackets on comey’s tweet

Hunters become the Hunted.
Treason.
Sedition.
How do you remove a liability?
Six o’ clock can be dangerous.
Family proud?
Q

There Is No Escaping God

For those who decide to save the taxpayers some money.
There is no escaping God.
Q

Panic is everywhere, they are feeling the pain, So Q seems to be saying that some are contemplating suicide, by doing this it will save taxpayers money

Q repsonded to a tweet from conservativma, this is a video of BO and MO speaking to each other during the 911 ceremony, MO says “All this for a damn flag”. Look at his expression as he nods in agreement.

Q in the past has told us the [DS] uses video game platforms to communicate, they used Xbox Live and as soon as Q mentioned it there were outages.

Anyone have problems w/ their ‘XBOX Live’ accounts shortly after the drop yesterday?
[Purge]
How many coincidences before mathematically impossible?
Q 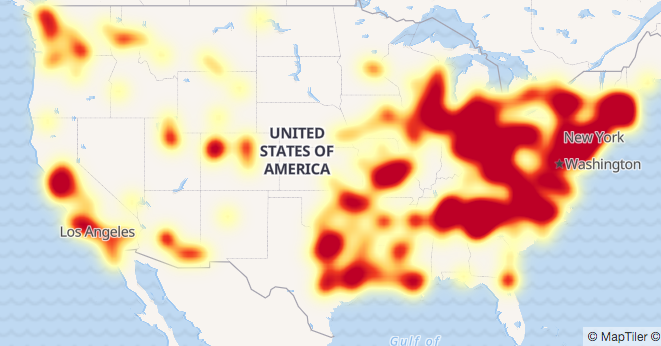 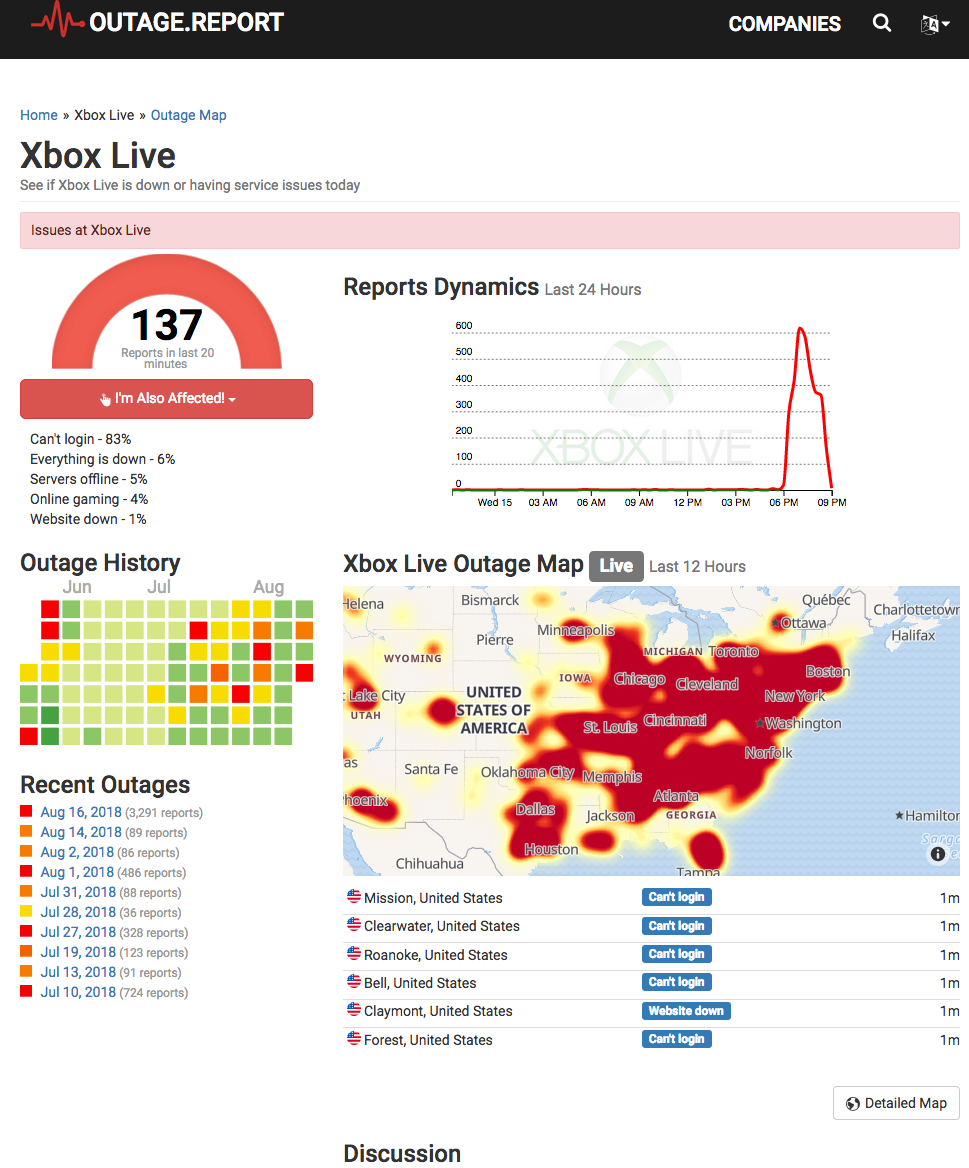 Those are my 7-year-old godson’s Star Wars toys. We promised not to take them down. And they are awesome anyway.

New technologies, like deepfakes – utterly convincing and yet completely fraudulent video and audio – give Russia and other malign actors new ways to disrupt our elections.

I wrote to @Twitter earlier this summer urging them to prepare – I hope this means they will now do so. https://t.co/o8ZZgF6Kth

2 thoughts on “The Harvest Is About To Begin, Suicide Watch, Panic In DC – Episode 2023”