The [CB]/[DS] are moving forward with their reset, Trump has used the chaos to remove the blocks to allow him to bring the economy back to the people. During the pandemic companies realized they needed to move operations out of China and more companies are now doing this. The [DS]/MSM never had the narrative, the people are now realizing it and the tide is now turning. DS put up a video of a lion, the hunted becomes the hunter. Trump is now positioning everything to move forward with the plan. Flynn is free and innocent of all crimes, the [DS] is panicking, the final stage is coming. Ep 2339b – The Hunted Become The Hunter, Tide Is Turning, Final Stage Ep 2339a – The Writing Is On The Wall, Companies Move Out Of China

The lines will also take some production from China, the person said, without elaborating how much production would shift.

“The move was requested by Apple,” the person said. “It wants to diversify production

“We just learned that… all chain of custody logs, records, yellow sheets, *everything* was gone. All forensic evidence, all custody sheets”…

If you care about U.S. election security, *STOP* what you’re doing and watch this 🔻https://t.co/shKHnKQxf0

Wow! Twitter bans highly respected Pennsylvania State Senator Doug Mastriano after he did a great job of leading a hearing on the 2020 Election fraud. They and the Fake News, working together, want to SILENCE THE TRUTH. Can’t let that happen. This is what Communist countries do!

The Kraken came down to Georgia on this Thanksgiving Eve in the form of a 104 pg BOMBSHELL complaint exposing the massive fraud that overwhelmed the 2020 Georgia Elections. Georgia, you are most certainly on our minds. Link to filing to come, stay tuned!

On page 3  of the filing the purpose of the fraud is stated – to make certain Joe Biden won the 2020 election: Then on page 8 of the filing we noted this bombshell –

This is consistent with our prior reporting on the false water main break in Atlanta:

No, the 2020 Election was a total scam, we won by a lot (and will hopefully turn over the fraudulent result), but we must get out and help David and Kelly, two GREAT people. Otherwise we are playing right into the hands of some very sick people. I will be in Georgia on Saturday! https://t.co/1ziqFq9S6O

These statistical anomalies would keep political scientists up at night if it were against any president *not* named Trump🔻 pic.twitter.com/Dmzb4JtS3X 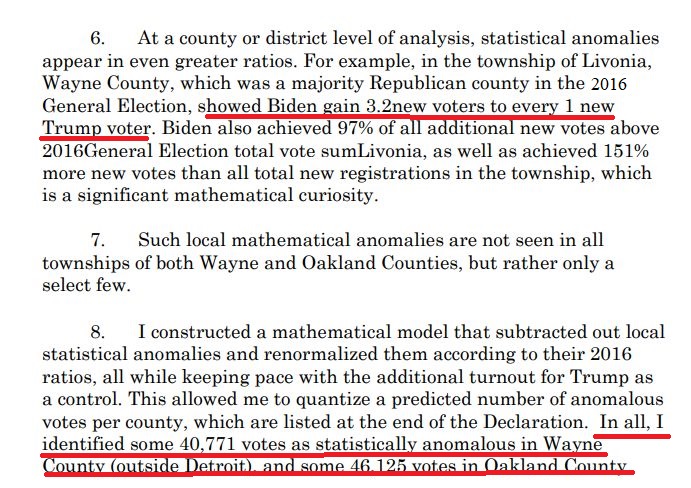 A must read. Impossible for Biden to have overcome these, and even greater, odds! https://t.co/cmYFY0va6p

LOL Dems panicking and saying this “wasn’t a real hearing.”

What is the strategy of the Trump team,Hold public hearings in red states where Biden cheated, expose the fraud to the legislators, use Article II Section 1 Clause 2

The legislatures are going to ignore the popular vote, because it was rigged, the votes were manipulated, the  state legislators will choose pro-Trump electors on Dec 8th.

When @BarackObama challenged whether signatures matched, guess what the average rejection rate was? 62%! @realDonaldTrump only needs a rejection rate of 1% to 2% for election results to not be certified for Biden. pic.twitter.com/n399sAt96h 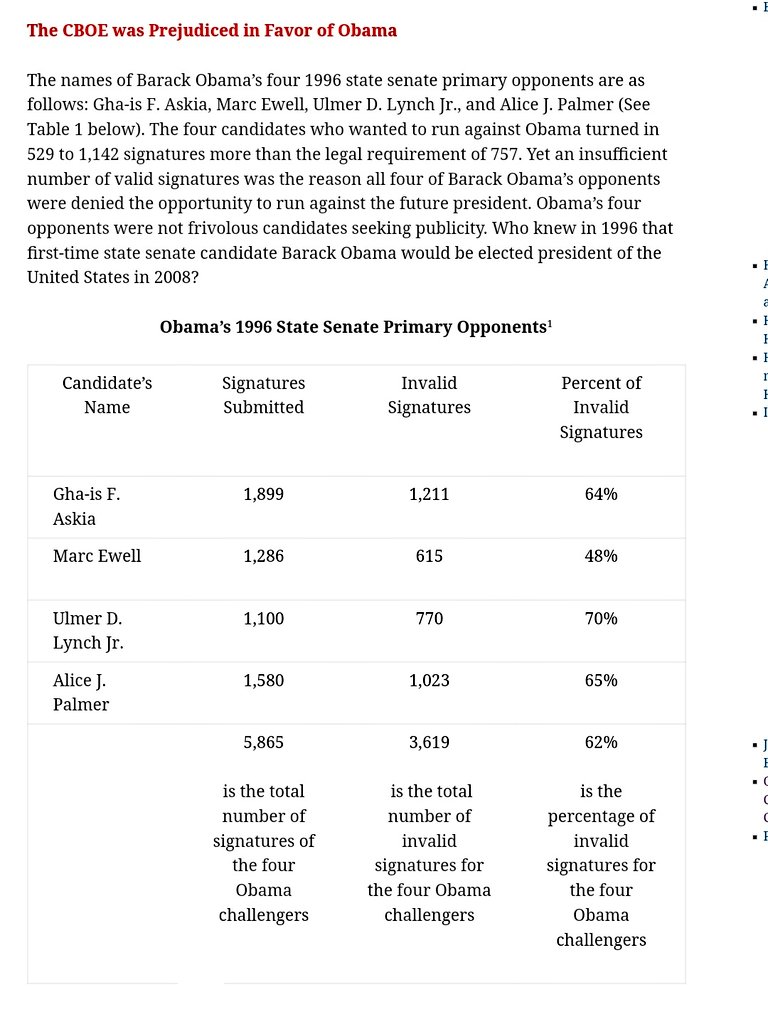 Biden can only enter the White House as President if he can prove that his ridiculous “80,000,000 votes” were not fraudulently or illegally obtained. When you see what happened in Detroit, Atlanta, Philadelphia & Milwaukee, massive voter fraud, he’s got a big unsolvable problem!

The [DS] is panicking their entire plan is falling apart and now Flynn is Free and he can speak freely, who knows where the bodies are buried.

Donald Trump is the most corrupt President in American history. https://t.co/hZePQ8IwXx

Trump’s abuse of the pardon power undermines the crown jewel of our democracy: the rule of law.

They didn’t prosecute Flynn b/c they thought he was guilty (FBI agents didn’t think Flynn lied).

Team Mueller went after Flynn so they could build an obstruction case against Trump.

Twitter is sending out totally false “Trends” that have absolutely nothing to do with what is really trending in the world. They make it up, and only negative “stuff”. Same thing will happen to Twitter as is happening to @FoxNews daytime. Also, big Conservative discrimination!

Big Tech and the Fake News Media have partnered to Suppress. Freedom of the Press is gone, a thing of the past. That’s why they refuse to report the real facts and figures of the 2020 Election or even, where’s Hunter! https://t.co/8lRglItLJt

For purposes of National Security, Section 230 must be immediately terminated!!!

A veteran police lieutenant was reassigned last week after a one-day trip to Chicago by Attorney General William Barr caught Chicago Police Department leadership and the mayor’s office by surprise.

Optics are important, the DOJ is most likely will not get involved, this has to come from the people, but the question is what other things is Barr up to

Source: jpost.com
Trump sent a message to the [DS] and China

SP responded to this

Answer: Yes. But actually it was always a tsunami in favor of Trump. The evil media, big tech, and Left conspired to make the American people believe otherwise to cover their massive fraud. @realDonaldTrump @Scavino45 @marklevinshow @GenFlynn @abigailcfrye https://t.co/i7MG00uJ96

.@RudyGiuliani and me on Third Circuit’s opinion:

The activist judicial machinery in Pennsylvania continues to cover up the allegations of massive fraud.

We are very thankful to have had the opportunity to present proof and the facts to the PA state legislature.

Has anyone else noticed that the argument went from “they have no evidence…” to “the evidence isn’t enough to overturn” to “look at the typos…” They are attempting to change the narrative. And we won’t let them.

Then DS tweeted out a video of a lion