Skip to content
Reports
May 6, 2021 x22report
SPREAD THE WORD
[JB] is pushing the destruction of the economic system as we know it, Trump and the patriots wanted this, this way it creates a crisis, with a crisis you can then make the case of why we need to move away from the [CB] system. The rich are already preparing. The countermeasures are gold and bitcoin. The [DS] panic over the election audit is off the charts. Why would they care so much if the elections were transparent and secure, they wouldn’t. They are now panicking and are trying to get ahead of the results. The people are reaching the precipice, we see this is many states and communities where the people are taking back control. The [DS] is preparing for the fallout, they are ready to black all communications, they are testing new system and they are continuing the censorship. The patriots are exposing it all. Ep 2471b – The People Are Reaching The Precipice,[DS] Election Panic Off The Charts,The World Must See Jeff Bezos Just Sold $2.5 Billion Worth Of Amazon Stock In His First Sale Of 2021

Down at the border, the MSM is playing up the children

EMOTIONAL REUNIONS: Some migrant families separated under the Trump administration’s zero tolerance policy are being reunited under Pres. Biden, including a mom from Honduras who is back with her two sons after over three years. @CeciliaVega reports. https://t.co/j7xisfSkOB pic.twitter.com/66msQQNzrR

Disgusting bias.
These propagandists at ABC fail to say that these people broke the law, jumped the line and then gave up their children so the children could live in America as minors without waiting in line. The children could have stayed with their parents. https://t.co/1wmKQhqZwc

NEW: @YouTube spending $7 million on 2 new journalism programs
— One for small digital newsrooms and one for digital independent journalists https://t.co/eAcvIPtfzf

An unconstitutional overreach SILENCING our voices and freedom of speech.

Republicans are united in fighting back against Big Tech’s tyranny.

Millions of Americans will not be silenced!

Twitter spokesperson says @kc_leavit‘s was suspended in “error.” Adds, “This has been reversed, and the account has been reinstated. The account’s followers will take 24-48 hours to fully restore.”

Facebook’s ban of President Trump is yet another overreach in the Left’s crusade to silence conversative voices. We must stand up to this tyranny. Free speech is a fundamental right — and we must fight to defend it.

The Fake News Media, working in close conjunction with Big Tech and the Radical Left Democrats, is doing everything they can to perpetuate the term “The Big Lie” when speaking of 2020 Presidential Election Fraud. They are right in that the 2020 Presidential Election was a Big Lie, but not in the way they mean. The 2020 Election, which didn’t even have Legislative approvals from many States (which is required under the U.S. Constitution), and was also otherwise corrupt, was indeed The Big Lie. So when they try to sell the American people the term The Big Lie, which they do in unison and coordination, think of it instead as the greatest Fraud in the history of our Country! An even greater Hoax than Russia, Russia, Russia, Mueller, Mueller, Mueller, Impeachment Hoax #1, Impeachment Hoax #2, or any of the other many scams the Democrats pulled!

>>1057442
Has POTUS made a statement found not to be true?
Nothing stated should be discounted.
Moving fast.
Q

Gentlemen, Generals, Officers, Representatives of all armies and all branches,

you have signed an open letter calling “for our leaders  to return to honor.”

Your initiative, rare in the military, testifies to the level of concern you have in the face of the worrisome deterioration of the situation in our country. Your outspoken but fair observation, made in very strong terms, constitutes a public challenge that no one can ignore, given your reputation.

With the courage of those who have dedicated their lives to their country, you criticize our leaders very directly, questioning their responsibility quite legitimately, urging them to regain the ability to act and restore “our honor”.

As a citizen and as a politician, I agree with your analysis and share your concerns. Like you, I believe it is the duty of all French patriots, wherever they’re from, to stand up for the restoration and even the salvation of our country.

However, I believe that an open letter will not be enough to persuade our failing leadership to change its shameful ways.

The recent pronouncements by the President of France on his project to “deconstruct the history of France” indeed show us these harmful tendencies are not the result of a moment of confusion, but from a political agenda powered by fundamentally destructive ideology.

The concerns you so bravely express cannot remain a mere expression off outrage, however. In a democracy, we must look for a political solution which must materialize through a process of dialogue which must be validated by French voters.

This is the motivation for my political agenda, and of my candidacy for the French Presidency, with the objective of forming a government that will unify the nation.

Many senior officials and leading figures of society have rallied to our cause. I invite you to join us in the struggle which is beginning, a peaceful and political struggle, which is above all the struggle for France.

CDC does not grant you your rights,, they just put out guidelines, you can follow them if you want or not

WHO changed their definition for “herd immunity” 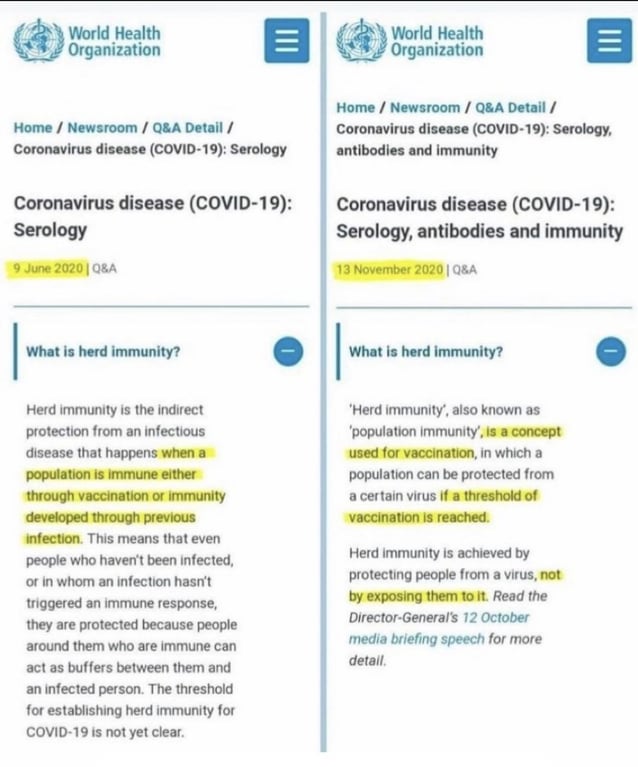 The people are reaching the precipices,

NEW – Black Lives Matter published an updated set of demands on their website, which includes a permanent banning on Trump from ever holding office again. pic.twitter.com/eHEz2mHig4 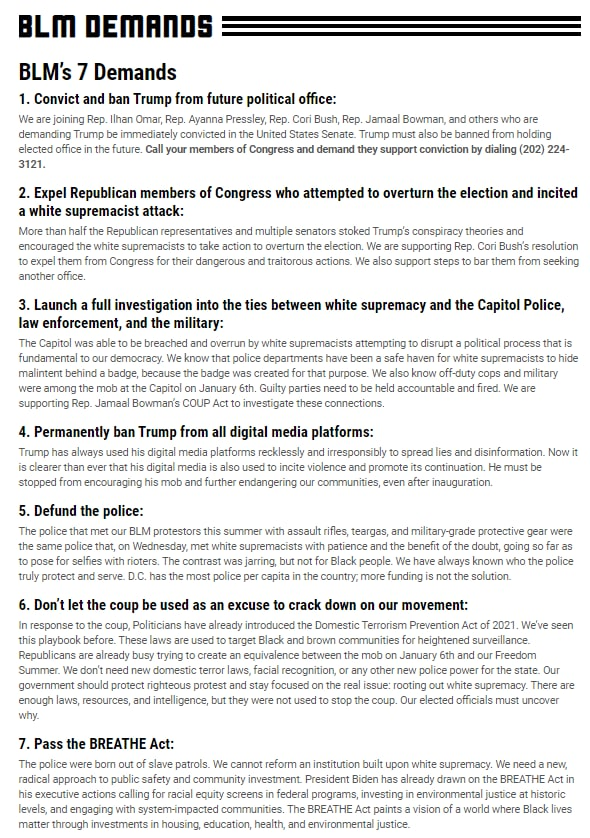 Texas bans ‘woke philosophies’ from being taught in classrooms

Still No Evidence of Armed Insurrection on Jan. 6

Feds have ZERO jurisdiction in a STATE election.

System administrators are critical to the reliable and successful operation of an organization and its network operations center and data center. A sysadmin must have expertise with the system’s underlying platform (i.e., Windows, Linux) as well as be familiar with multiple areas including networking, backup, data restoration, IT security, database operations, middleware basics, load balancing, and more. Sysadmin tasks are not limited to server management, maintenance, and repair, but also any functions that support a smoothly running production environment with minimal (or no) complaints from customers and end users.

If the Maricopa County forensic audit shows that Trump lost fairly, 75+ million Americans will accept it.

Unfortunately for the deep state cabal it will likely show 20,000 absentee ballots cast from addresses other than where the voter legally resided.

Over 22,000 absentee ballots returned on or before the post mark date.

We only need ten thousand votes.

Meadows just dropped some good info regarding POTUS:
-Trump is not necessarily waiting until 2022 to take action.
– In the next 2 to 6 weeks we will see “additional platforms where he is able to communicate once again”.
– Trump rallies are definitely coming soon.
DJT 🇺🇸 pic.twitter.com/6jl0NoCE1H 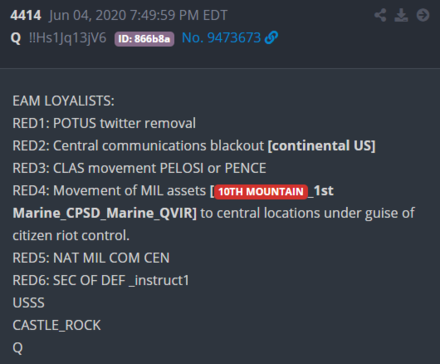 12 thoughts on “The People Are Reaching The Precipice,[DS] Election Panic Off The Charts,The World Must See – Ep. 2471”