Ep 2614a – The [CB] & Biden Administration Are Trapped In Their Agenda, Inflation Nation

The build back better plan has nothing to do with building back better and the people are now seeing the truth. The build back better plan is now imploding on itself. Yellen is trying to convince the people if we spend more inflation will go away, Trump says inflation nation. People are waking up. The great game of chess is now being played, the winner is already known but the rest of the moves are being played. Each move Trump makes pushes the [DS] to do something that exposes more of their agenda. Corrupt politicians, royals and others will be making their exit one way or another. Trump sends a message that something might happen way before 2024, he tells the patriots to keep fighting. Scavino sends another message down she goes. 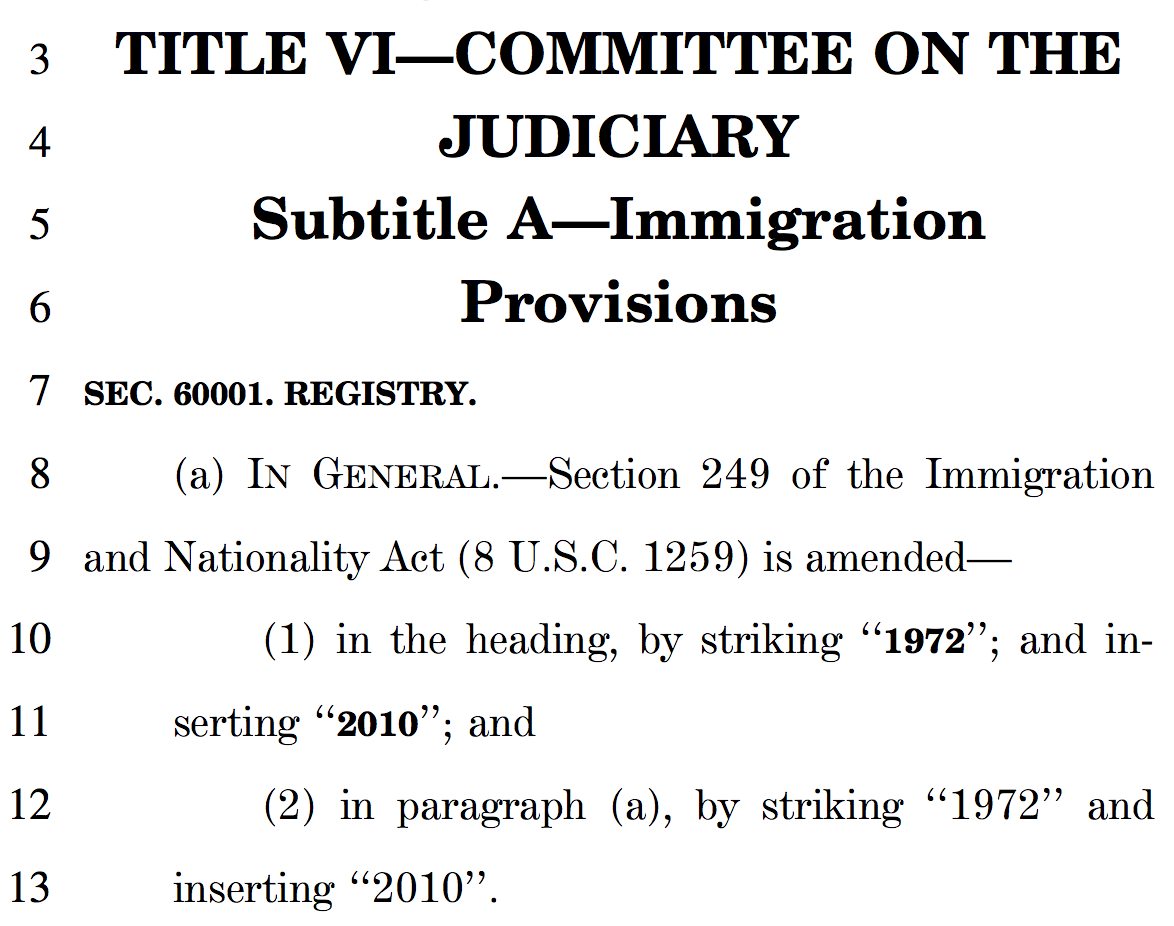 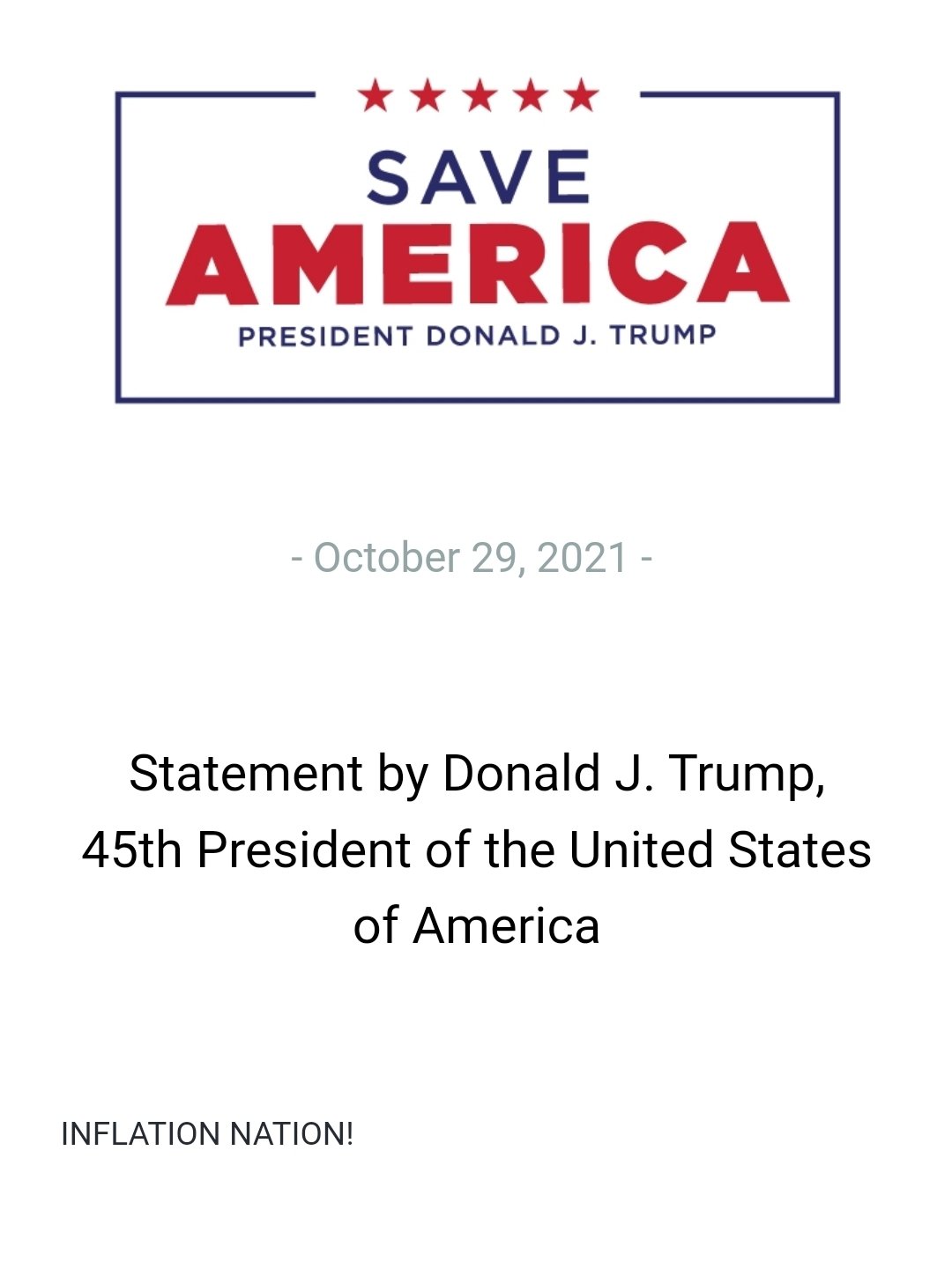 The Vatican said it would provide edited footage of the encounter after the fact to accredited media.

BREAKING: Financial director for Young VA Dems has gone private after being exposed for posing as a white supremacist pic.twitter.com/fbCbafIiZf

Facebook is now ‘Meta.’ What is the metaverse and why should we care? https://t.co/LFBZMJocox pic.twitter.com/ebEYSOmCjB 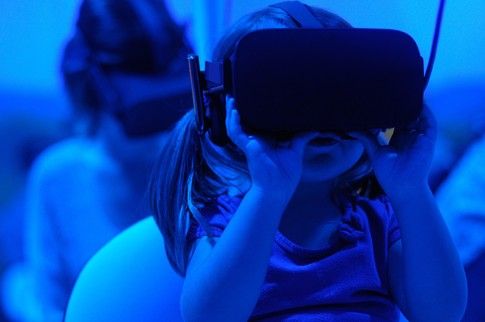 Notice that none of the 3 letter national security agencies which supposedly protect our liberties are fighting against the forced vaccination regime & the medical apartheid plan.

What does that tell you?

Up to 12,000 Air Force personnel have rejected vaccine orders: report

‘You are the problem’: AT&T tells white staff they are racist, asks them to confess their ‘white privilege’ and to promote ‘Defund the Police as part of re-education program by CEO John Stankey

Following the LAB report, what Sheriff Schmaling has uncovered + disclosed might only be tip of the iceberg of fraud in the 2020 election.
The Legislature must be given the time, resources, and cooperation of election officials to conduct a complete investigation of allegations. https://t.co/GNLBNwSJ6n

Using elderly residents with cognitive decline to commit election fraud is reprehensible, and should concern every Wisconsinite and American.

If Democrats will stoop this low to impact elections, one can only imagine what else they’re willing to do.

Kinzinger will not seek reelection in 2022.

Rep. Adam Kinzinger (R-Ill.) announced Friday that he will not run for reelection in 2022.

Kinzinger is one of two Republicans to serve on the House select committee investigating the Jan. 6 Capitol riot and is one of former President Trump’s fiercest GOP critics.

RINO’s have again been met with the Trump curse, signaling that MAGA has taken over the party and that Trump waves the magic endorsement wand. Also the J6 Committee just became 1 RINO weaker. 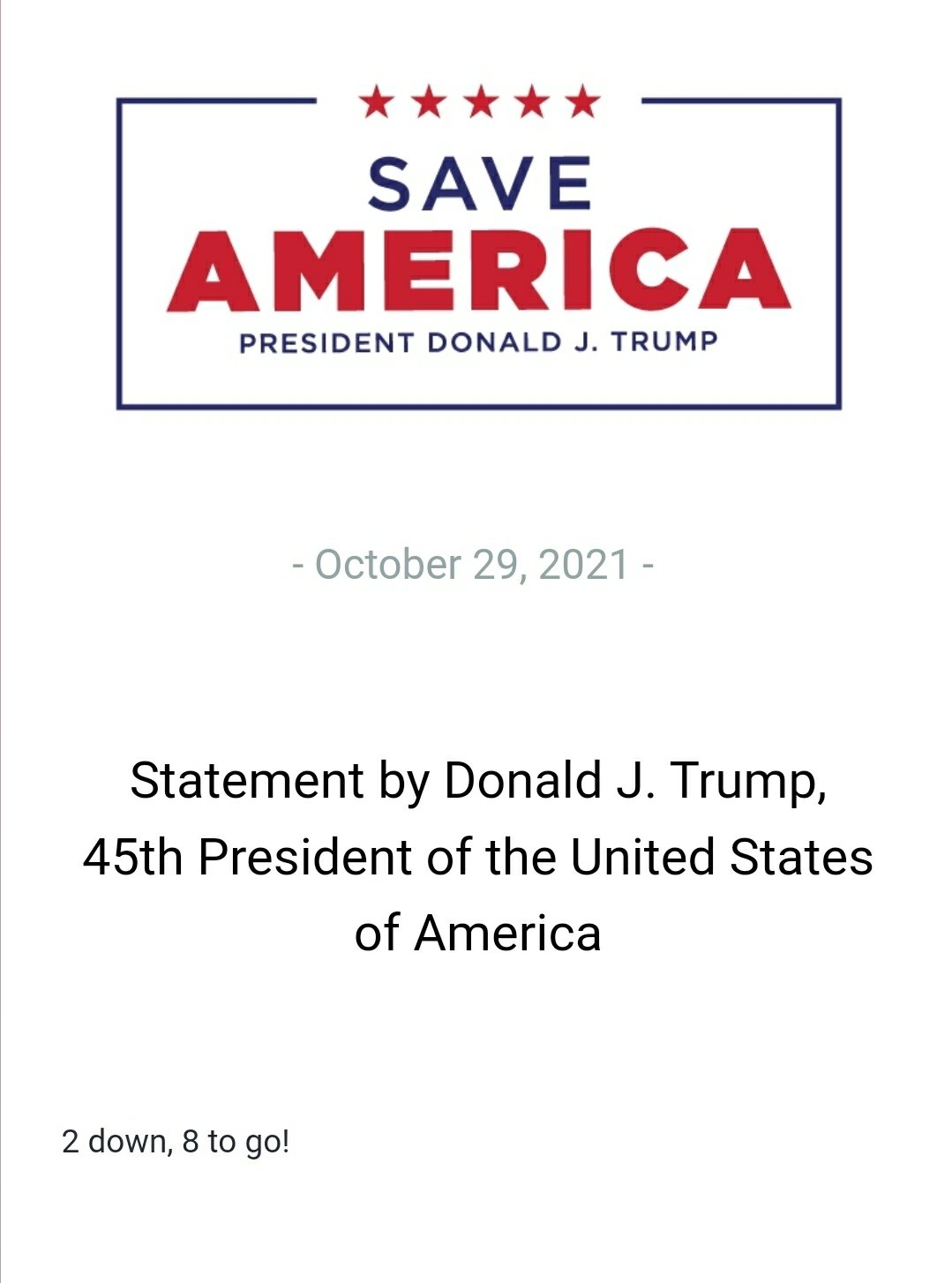 Are you ready to finish what we started?
‘Nothing can stop what is coming’ is not just a catch-phrase.
Q
4945
Are you ready to hold the political elite [protected] accountable?
Q
TAKE A LISTEN
If you feel that what we are at the end of times, that the [DS] is evil, they are winning, just remember this evil has always been in DC, Corporations, Sports Franchise, Hollywood, Fake News, Big Tech etc, the evil hid  in the shadows, nobody would be able to see it until it was to late. Trump forced this evil  out into the light, its the same plan, same evil, the difference is that everyone can see it now, hence the great awakening. Why, because they had to accelerate their plan, the [DS]  can’t wait, Trump interrupted their plan,  in the great game of chess Trump has already won, these are the final moves and the [DS] is moving very quickly to complete their agenda, each move will push the [DS] to react, each reaction will be seen by the people, when we get down to the final move of the game, the [DS] will throw everything they have at we the people, trump, these are the red lines, they will try to get trump to make a mistake in the last couple of moves. this will not happen and as dan scavino points outs ,down she goes.