The people no longer believe the fake news, each time they put a fake story it gets worse and worse. Trump and other world leaders have not set the plan in motion to take down the [CB] system. In the end gold will destroy the [CB]. The [DS] is continuing to fall into Trump’s trap. The pandemic has ended the people are learning the truth and Truth Social has been launched. It is almost time to release the insurance policy, the people will begin to make noise, they will call the storm and the rain will come. The people will begin to learn the truth that the entire system is rigged and the people running our country are criminals, the clock is ticking and the fall of the [DS] is about to happen.

The U.S. economy has been hit with increased gas prices, inflation, and supply-chain issues due to the Ukraine crisis. https://t.co/d9dwXWpcvf

Psaki: "Yes, energy prices. That's what we want the American public to be aware is a possibility." pic.twitter.com/BYFFeN9w1x

President Biden acknowledges US gas prices may keep rising due to his sanctions:

"Defending freedom will have costs for us as well, and here at home. We need to be honest about that." pic.twitter.com/fuGH7gdc8d

We warned him this would raise costs for Americans and put our national security at risk.

Gas prices were going up because of Bidens policies, if this is a problem why don’t they restore the keystone pipeline, reinstate the leases.

Just a friendly reminder that Biden lifted Trumps sanctions he had on Russia’s Nord Stream 2. While he then crushed our own (Keystone pipeline) here in the States.

⚠️ Confirmed: #Ukraine's Ministry of Foreign Affairs, Ministry of Defense, Ministry of Internal Affairs, the Security Service of Ukraine and Cabinet of Ministers websites have just been impacted by network disruptions; the incident appears consistent with recent DDOS attacks 📉 pic.twitter.com/EVyy7mzZRr 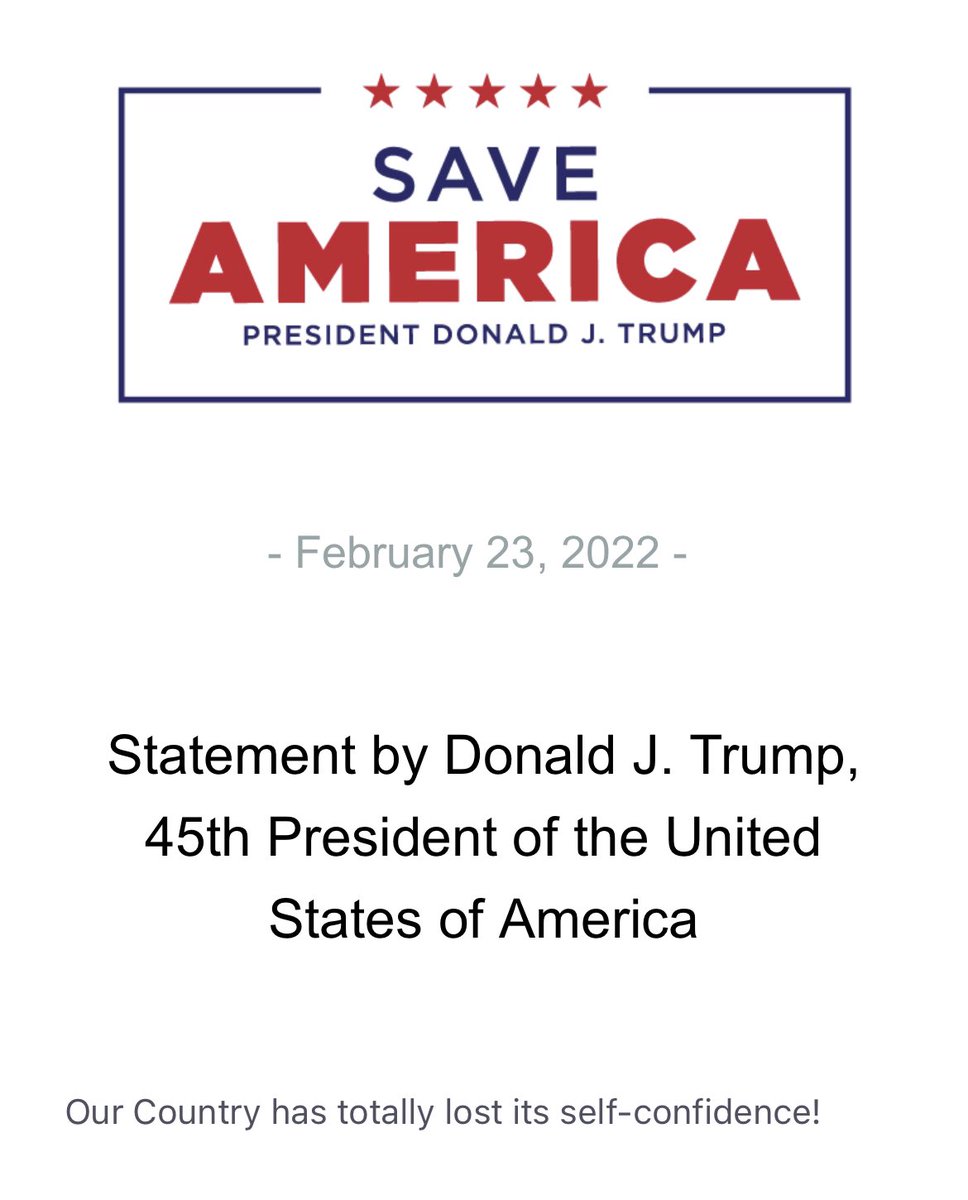 Zelensky working behind the scenes with Putin, I do believe this is remove the corruption and the ds money laundering scheme, so big changes are coming for Ukraine . So Trump is exposing it all and cleaning it up and the same time, the [DS] players are panicking, they are going to lose their billions from money laundering.

Each move is strangling the [DS] players, the chaos in danesk and luhansk are gone, peace through strength, I wouldn’t be surprise if there was an election in these two areas to back up what Putin just did and this will make the Biden administration and the puppet masters look like fools 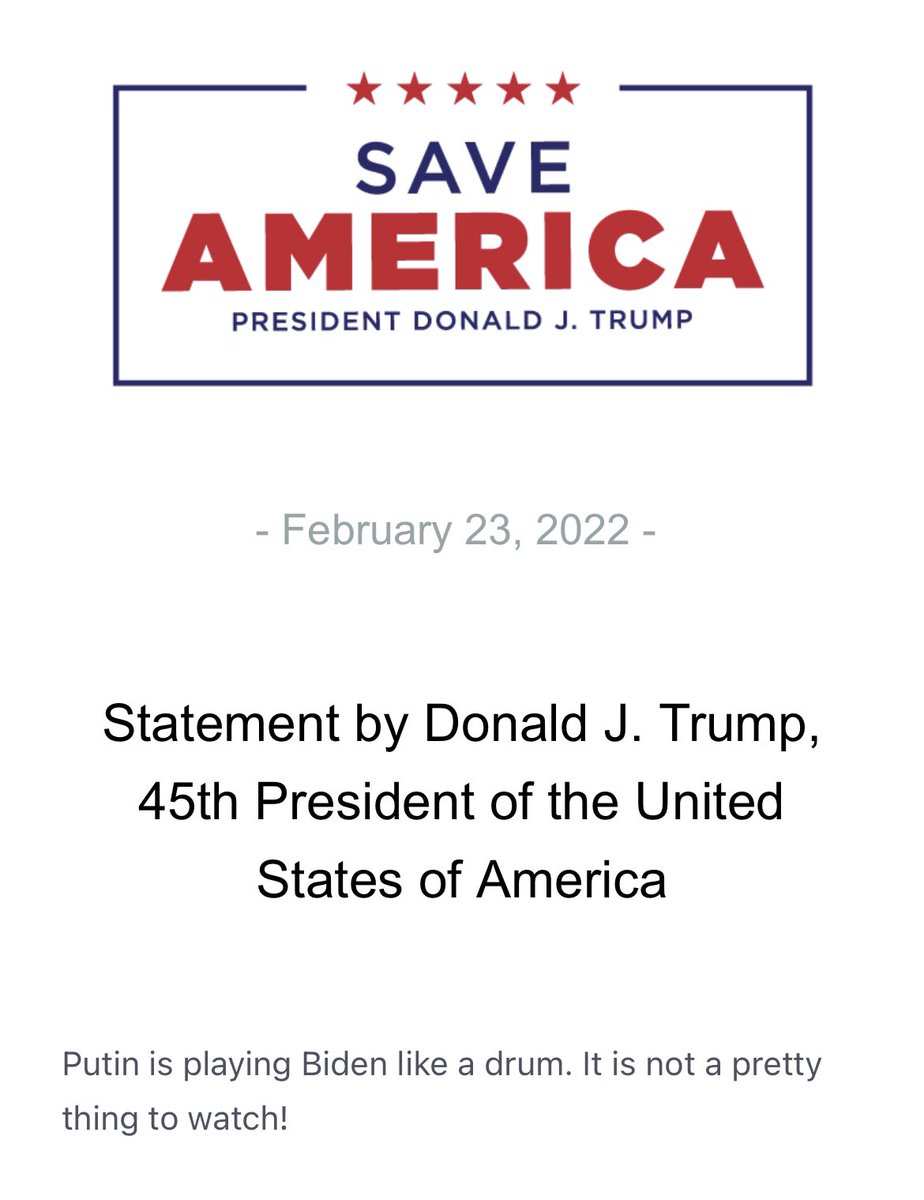 Privately, so does much of the U.S. intelligence community. As I said in my op-ed last August, “Quite simply, the lab leak theory is the only one supported by science, intelligence and common sense” https://t.co/NKdafbdUka https://t.co/D4PhPEKBxg

Poll: 83% of Voters Expect Crime to Be an Important Issue in Midterm Elections

I JUST SUED ADAM SCHIFF AND THE JAN 6th COMMITTEE 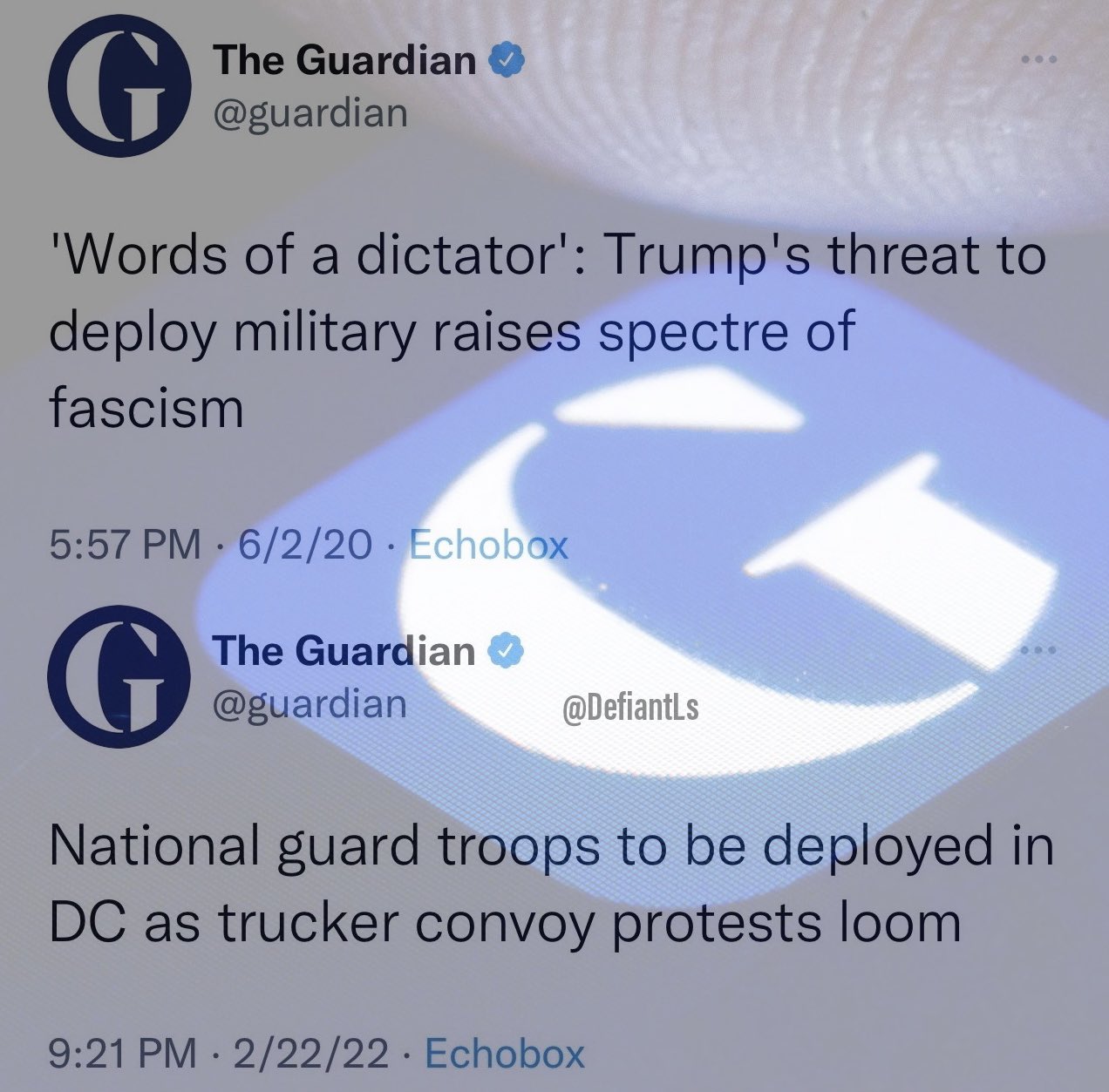