Ep 2709b – Ukraine Is A Money Laundering Machine For The [DS], Nothing Can Stop What Is Coming Ep 2709a – The [CB] Just Said the Quiet Part Out Loud, CBDC Will Control The Population
The D’s are following their old playbook, the wealthy do not pay taxes, but this is backfiring on them. The [CB] says the quiet part out loud, the CBDC will be used to control the people in the new economy, this has already failed. Trump signals that fuel is going to double or triple. The [DS] is now panicking over Truth Social, the other tech platforms are busy censoring and block while TS is allowing the truth to spread. Ukraine was another trap for the [DS], it is now in the headlines, and soon the corruption is going to be brought into the open. Nothing can stop what is coming. The [DS] infiltrated the country and now the patriots are destroying their system.

Will visit IRS next time I’m in DC just to say hi, since I paid the most taxes ever in history for an individual last year. Maybe I can have a cookie or something …

Joe Biden voters did this: Gas prices over the last 14 months pic.twitter.com/76QUyHmOkR 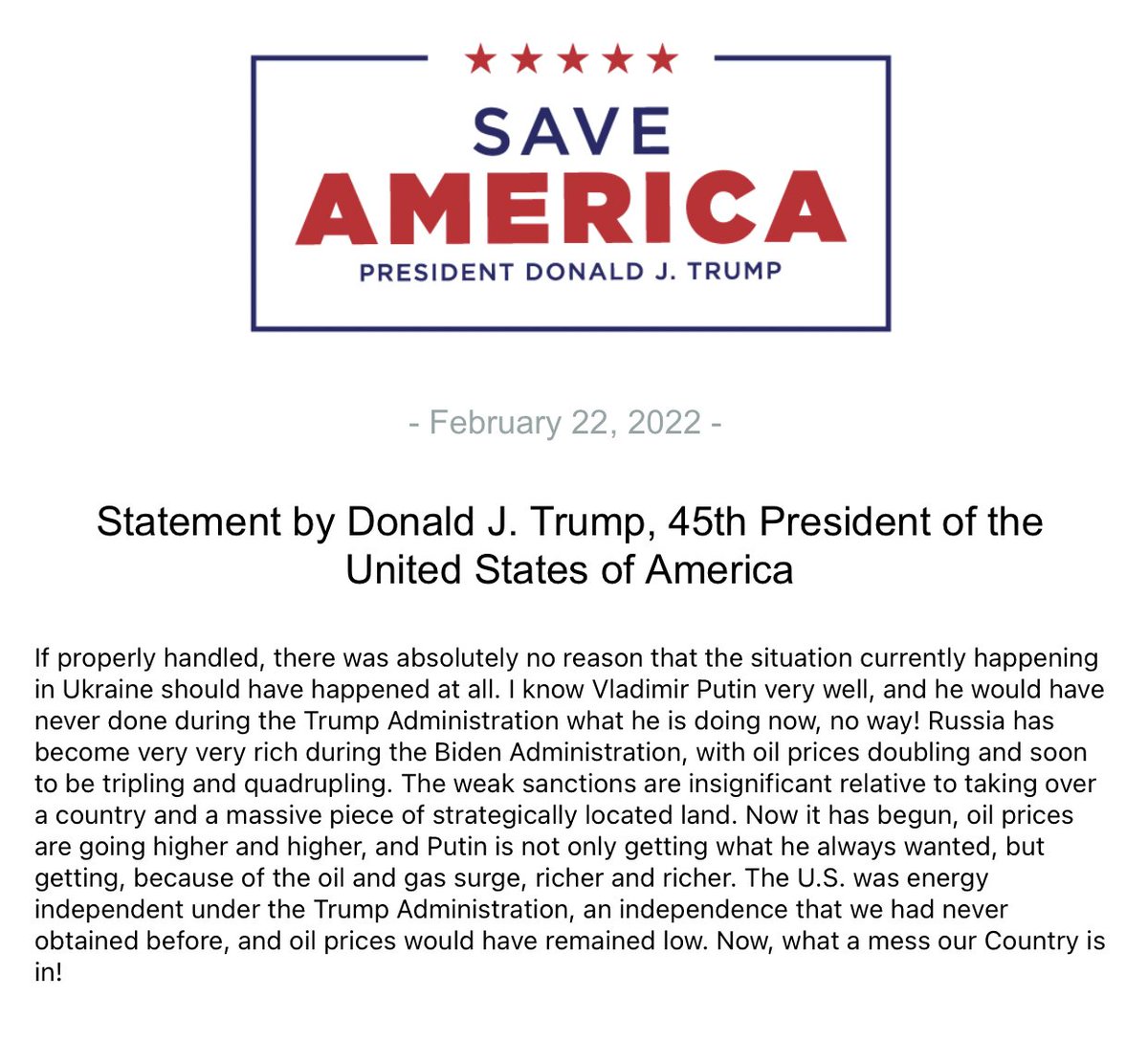 I don’t think Trump is using hyperbole when he predicts the price of oil will triple and quadruple. I believe he knows what he’s talking about and he’s warning us about what lies ahead. 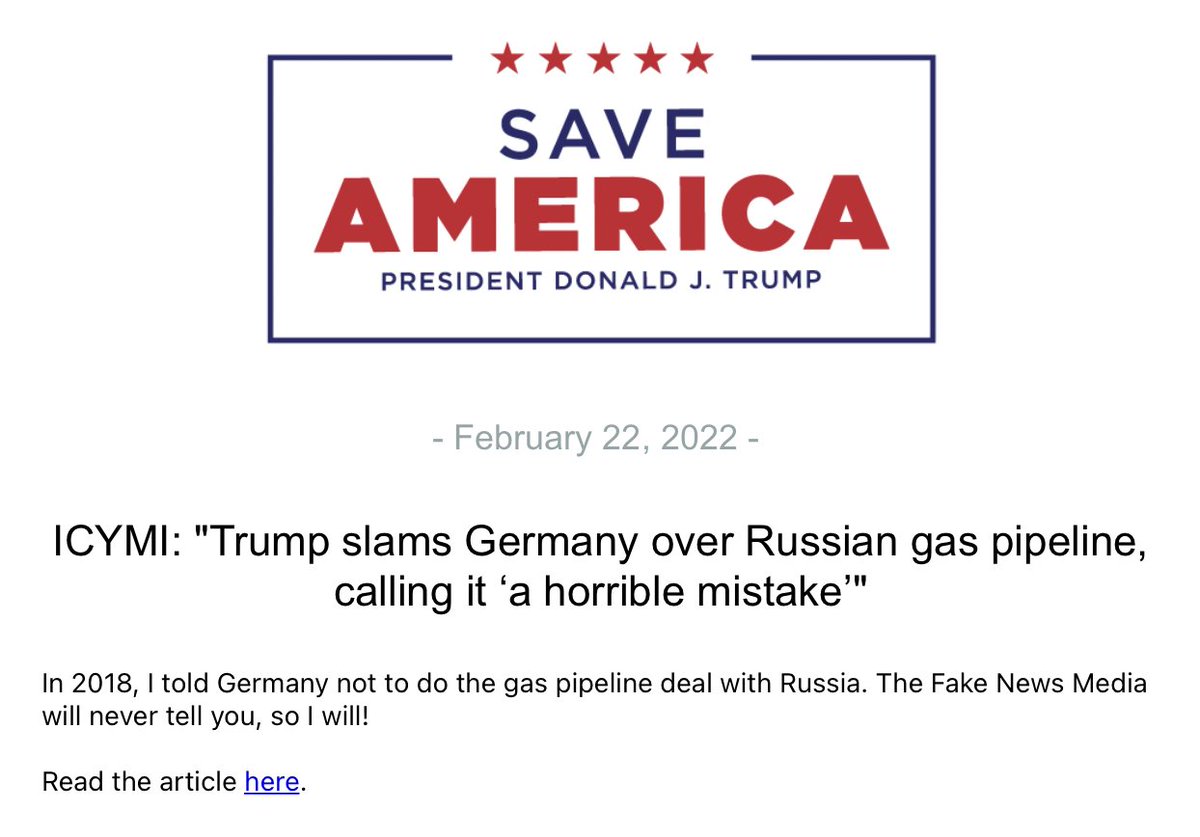 JUST IN – Ukrainian president Zelensky issues order to calls up military reservists, but no general mobilization at the moment.

The Ukrainian gov’t has been one massive money laundering machine not only for corrupt political elites in the United States, but from a dozen other Western countries.

One of the attendees at these conferences speaks to the stickiness of some donor relationships.Victor Pinchuk, a steel magnate whose father-in-law, Leonid Kuchma, was president of Ukraine from 1994 to 2005, has directed between $10 million and $25 million to the foundation. He has lent his private plane to the Clintons and traveled to Los Angeles in 2011 to attend Mr. Clinton’s star-studded 65th birthday celebration.

Between September 2011 and November 2012, Douglas E. Schoen, a former political consultant for Mr. Clinton, arranged about a dozen meetings with State Department officials on behalf of or with Mr. Pinchuk to discuss the continuing political crisis in Ukraine, according to reports Mr. Schoen filed as a registered lobbyist.

“I had breakfast with Pinchuk. He will see you at the Brookings lunch,” Melanne Verveer, a Ukrainian-American then working for the State Department, wrote in a June 2012 email to Mrs. Clinton.

>>567534
Keep digging Anon.
They all have foundations & institutes for a reason.
Stupid!
Q

That’s because there is no American interest that justifies our intervention in Ukraine, unless of course you consider all the shady deals Hunter Biden has going on over there to be an American interest. https://t.co/fy7GCJVOLQ

Burn a church to the ground: Granted bail.

The absolute state of Canada. pic.twitter.com/yD7hqUI4ew 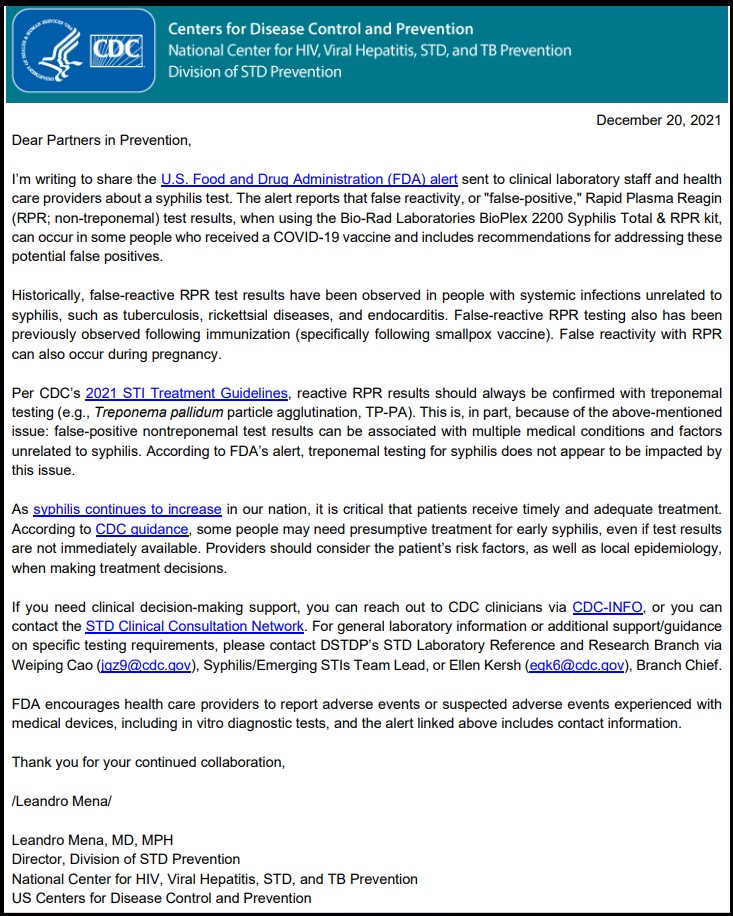 Last week, we documented Special Counsel John Durham’s motion discussing the potential conflicts of interest of Michael Sussmann’s attorneys. That filing was important for a number of reasons, mainly because Durham stated that Sussmann’s client, Rodney Joffe (a federal contractor with access to “sensitive” data) “exploited” internet traffic data (domain name system, or DNS) pertaining to “the Executive Office of the President of the United States (“EOP”).”

…After Sussmann’s attorney responded to the Durham filing, stating that Sussmann provided the CIA with Executive Office of the President data from “when Barack Obama was president,” we theorized that this data was from the transition period because that’s when there would be access to Trump’s team:

If Sussmann’s attorney is telling the truth (never a given), then we suspect the Executive Office of the President data included that from the 74 day the Trump transition period (between the November 8, 2016 election and the January 20, 2017 inauguration) – which would still be spying on the incoming Trump Administration.

That would confirm the data Sussmann and Joffe passed to the CIA was from the Trump transition period. While Washington and the press focus on January 6, the more dangerous and anti-democratic acts occurred in the shadows in 2016 and 2017. They didn’t seize the Capitol because they didn’t have to. The FBI and the CIA were willing to do their bidding, operating in secret to spy on and undermine the President.

You know when Durham and Weiss drop it all, the usual censorship by Big Tech and the intelligence agencies using their fake influencers running bot/troll farms to try to drive control narratives won’t even be able to make a dent in the actual honest discussion of the scandals on Truth Social, right?

Image Name: images.jpg
Filename: da9c4971cd6c0c8e1bd3a847f7d458873b1342990f03c264f7ad0f7c26be32a6.jpg`
https://2009-2017.state.gov/documents/organization/119629.pdf
“Insurgency is the organized use of subversion and violence to seize, nullify or challenge political control of a region.”
The presidency of Barack Hussein Obama began at noon EST on January 20, 2009, when Barack Obama was inaugurated as the 44th President of the United States.
What Country was the true intended target?
Q

10 thoughts on “Ukraine Is A Money Laundering Machine For The [DS], Nothing Can Stop What Is Coming – Ep. 2709”