The economy is recovering and retail sales is going to pop in Oct. The shopping season is going to begin early and the last quarter is going to take off. The [CB]/[DS] money laundering scheme is now being exposed to the world, this is the just the beginning. The [DS]/MSM are now trapped, the believed they had the upper hand but that was never true. They are preparing to introduce the new candidate in Oct, but this will not matter. The patriots have already begun to take precautions for the riots and chaos that will occur during and after the elections. A Fed judge wants the the full names of all people who have been transported to Epstein’s island, crimes against humanity is now on deck. B2 bomber incoming.

Over 70,000 Canadians Marching for Our US President ⁦@realDonaldTrump⁩ ! 🇺🇸🇺🇸🇺🇸 pic.twitter.com/bi5nrK1APr

Lindsey Graham’s support for filling a SCOTUS vacancy in final year of a president’s term is pure hypocrisy.

As I recount in “Undaunted,” he once told me not to pay attention to his public statements, as it’s all just politics.

He fully deserves to be bounced from the Senate.

We’re shutting this country down if Trump and McConnell try to ram through an appointment before the election.

@SenateGOP Crazy Nancy Pelosi wants to Impeach me if I fulfill my Constitutional Obligation to put forth a Nominee for the vacated seat on the United States Supreme Court. This would be a FIRST, even crazier than being Impeached for making a PERFECT phone call to Ukrainian Pres.

Trump plans to announce his SCOTUS nomination on Friday or Saturday.

1. Articles of Impeachment won’t stop a Supreme Court confirmation vote. The Senate will just vote to table (set aside). Senate was always the target

2. This clearly demonstrates that House Democrats use impeachment as a political weapon.

This is how it works

House has no role, they do not control this process, the senate was the target

“We need to tell Mitch McConnell he is playing with fire.” Was that a  threat? Playing with “fire”?

Was this message to take this to the next step, use fire

35 missing and endangered children, between the ages of 13 and 18, were recovered during Operation Safety Net in the Cleveland, OH. area. More than 20% were tied to human trafficking cases and those cases were referred to the Human Trafficking Task Force in Cuyahoga County.

The body of Justice Ruth Bader Ginsburg will lie in repose at the Supreme Court this week, with arrangements to allow for public viewing despite the coronavirus pandemic. https://t.co/dXAkG5WE6E

The Centers for Disease Control and Prevention said  that it erroneously posted guidance that said the coronavirus spreads through airborne particles that can remain suspended in the air and travel beyond six feet.

The updated guidance, posted on the CDC’s website on  , also recommended that people use air purifiers to reduce airborne germs indoors to prevent the disease from spreading, according to Reuters.

“A draft version of proposed changes to these recommendations was posted in error to the agency’s official website,” the CDC said    Earlier in the day, the World Health Organization said it contacted the CDC about the guidance change.

Today I announced bold legislation that creates new criminal offenses and increases penalties for those who target law enforcement and participate in violent or disorderly assemblies. We will always stand with our men and women in uniform who keep our communities safe. pic.twitter.com/ITl5GmmrZJ 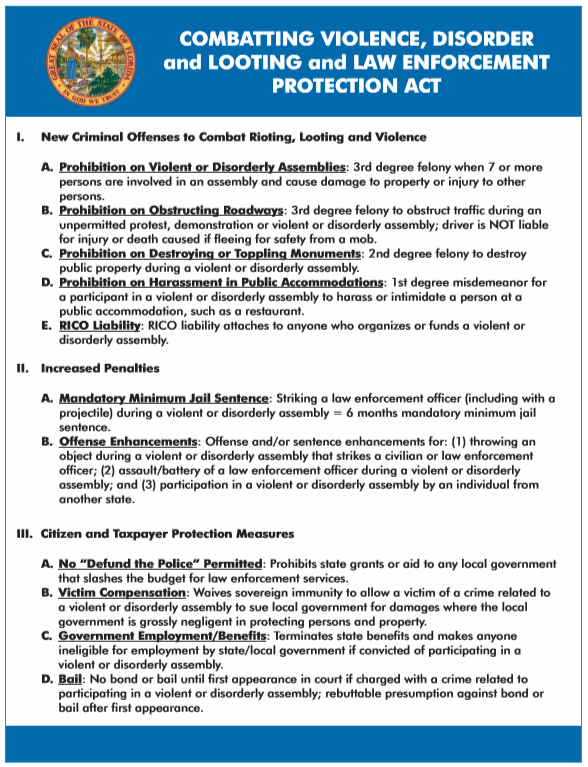 Today, U.S. Congresswoman Debbie Lesko (AZ-08) and Ranking Member of the House Committee on the Judiciary, Jim Jordan (R-OH-04), introduced the Holding Rioters Accountable Act of 2020 to hold the rioters responsible for destruction across our nation accountable for their actions and ensure local officials do not turn a blind eye to the chaos in our cities.

The bill grants the attorney general the authority to withhold up to 10 percent of Department of Justice (DOJ) grants from cities and states where prosecutors are failing to prosecute crimes arising from riots and other violent protests. The DOJ is responsible for determining prosecutorial misconduct for the purposes of implementing this legislation.

10 thoughts on “Timing Is Everything, Election Chaos Countered, Crimes Against Humanity On Deck – Episode 2282”