Ep 2624b – Timing Is Everything, One Year, State Of The Union, Acting President Ep 2624a – The [CB] Just Set Everything In Motion, No Longer Hiding The Plan

The economy is deteriorating rapidly as the [CB] and the [DS] push their agenda. They have said the quiet part outloud, we must bankrupt the oil industry. Inflation is here and it is not transitory. The [CB] just sent everything in motion, they are ready. Gold/Crypto is protection against inflation. The [DS] is now becoming desperate. Their narrative is falling apart and Durham is now ready to unseal more indictments. Trump has said that the 25th Amendment will be used against [JB]. A year is coming up and normally Presidents get their annual physical. If this should happen the doctor will rule that [JB] can not govern, which sets everything in motion and the 25th will be used against him. Will [NP] take the bait, will they install her as the VP. At this point [KH] would become the acting president with polling numbers closing in on single digits. The Queen must be removed to get to the King.

This was the worst jump in decades. 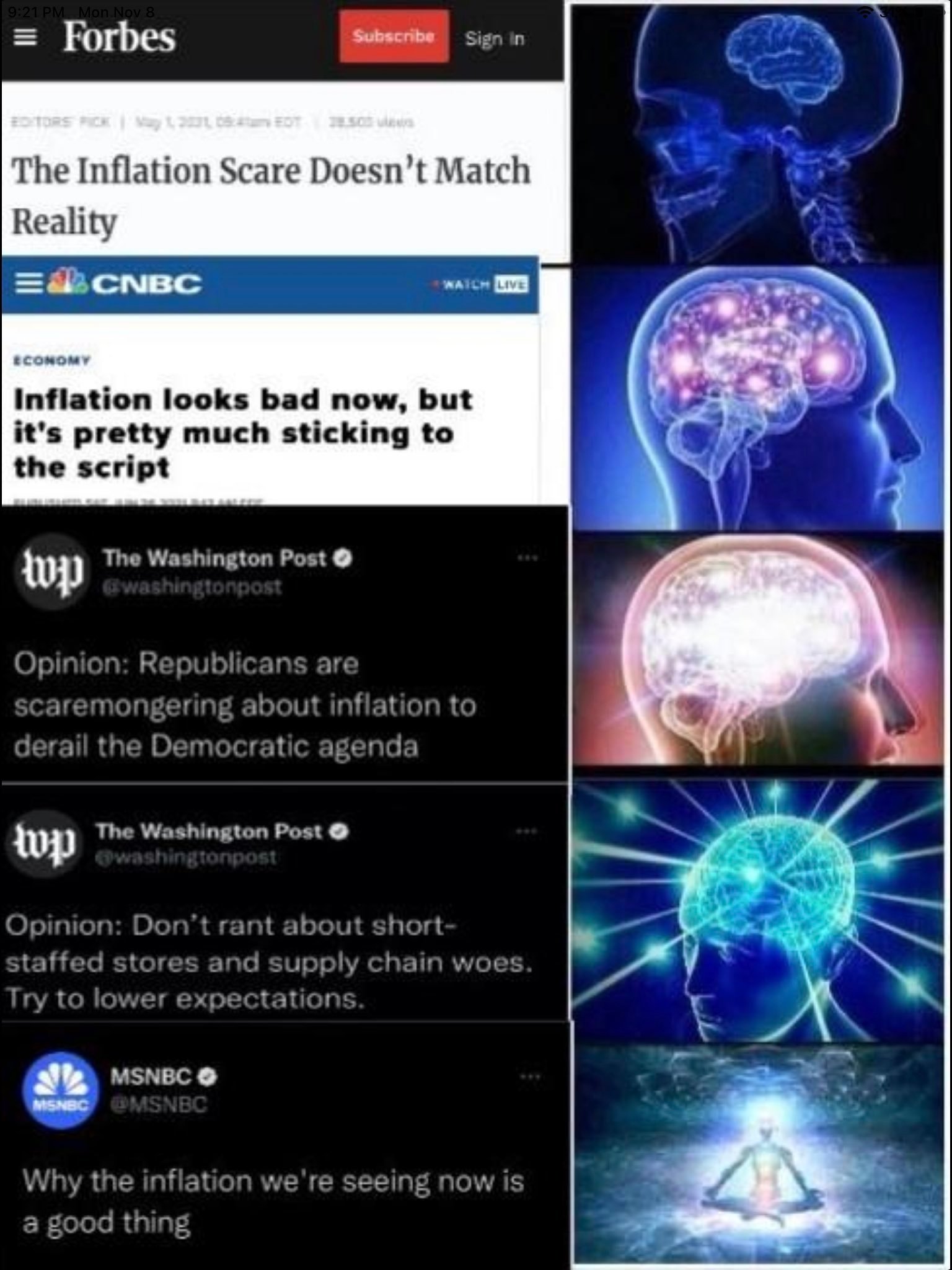 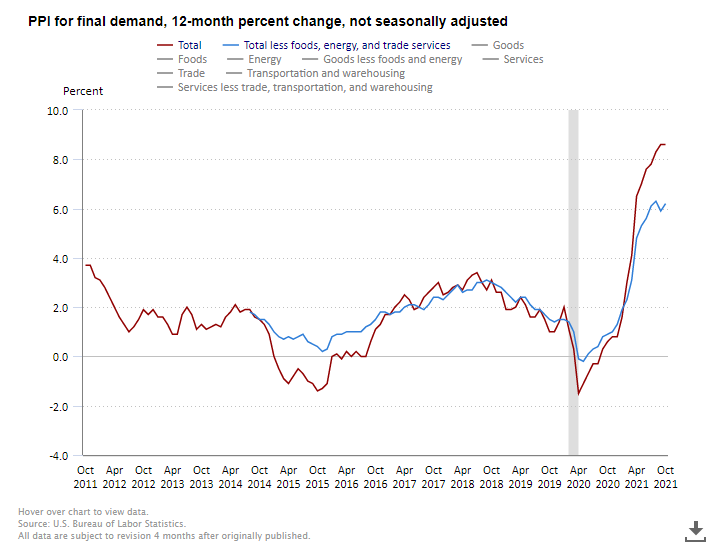 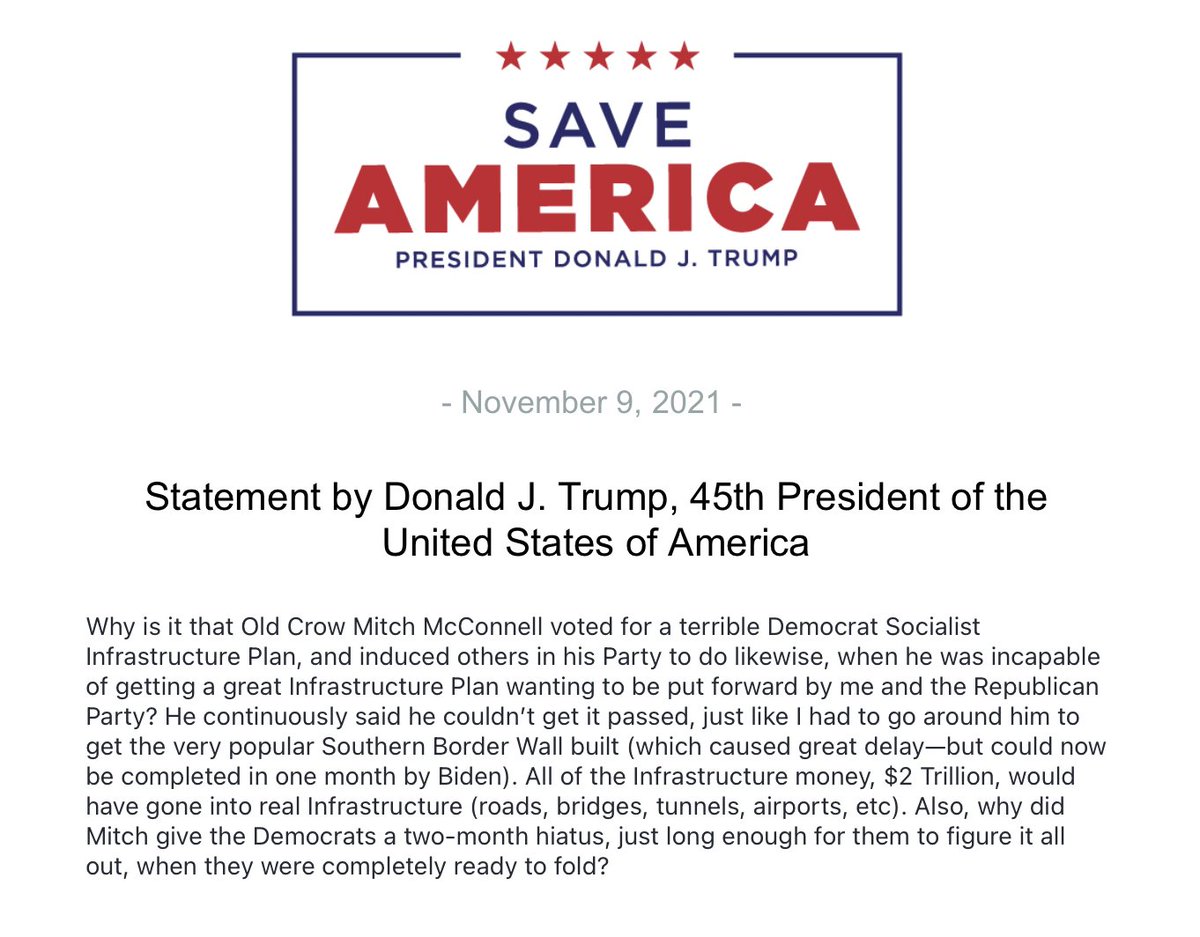 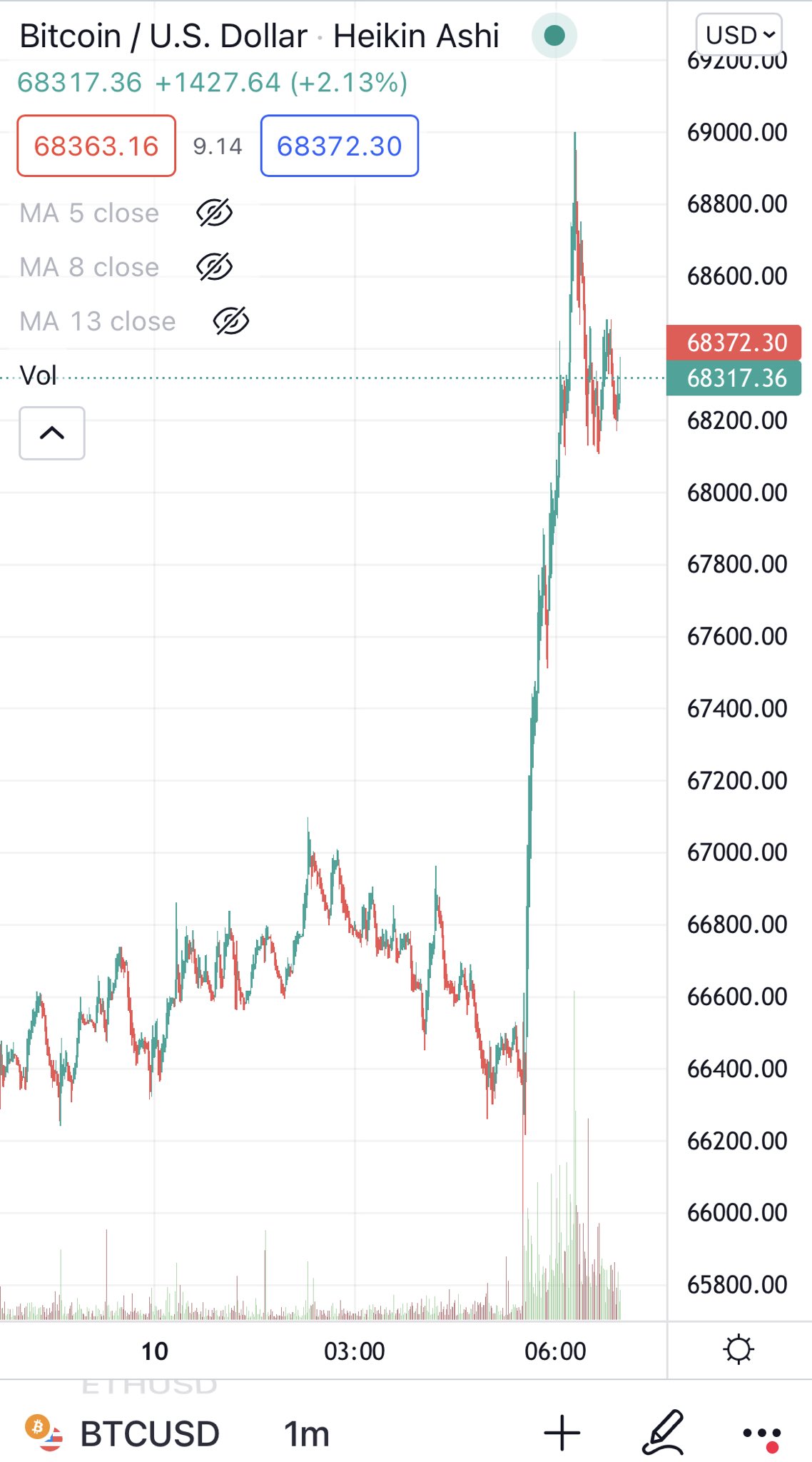 YouTube will hide dislike counts for all videos | Engadget

If the FBI Knew Danchenko Was Lying From the Start — And They Did — Why Didn’t The Mueller SCO Charge Him?

When is the government gonna compensate them👇👇 pic.twitter.com/9q6GypwSOf 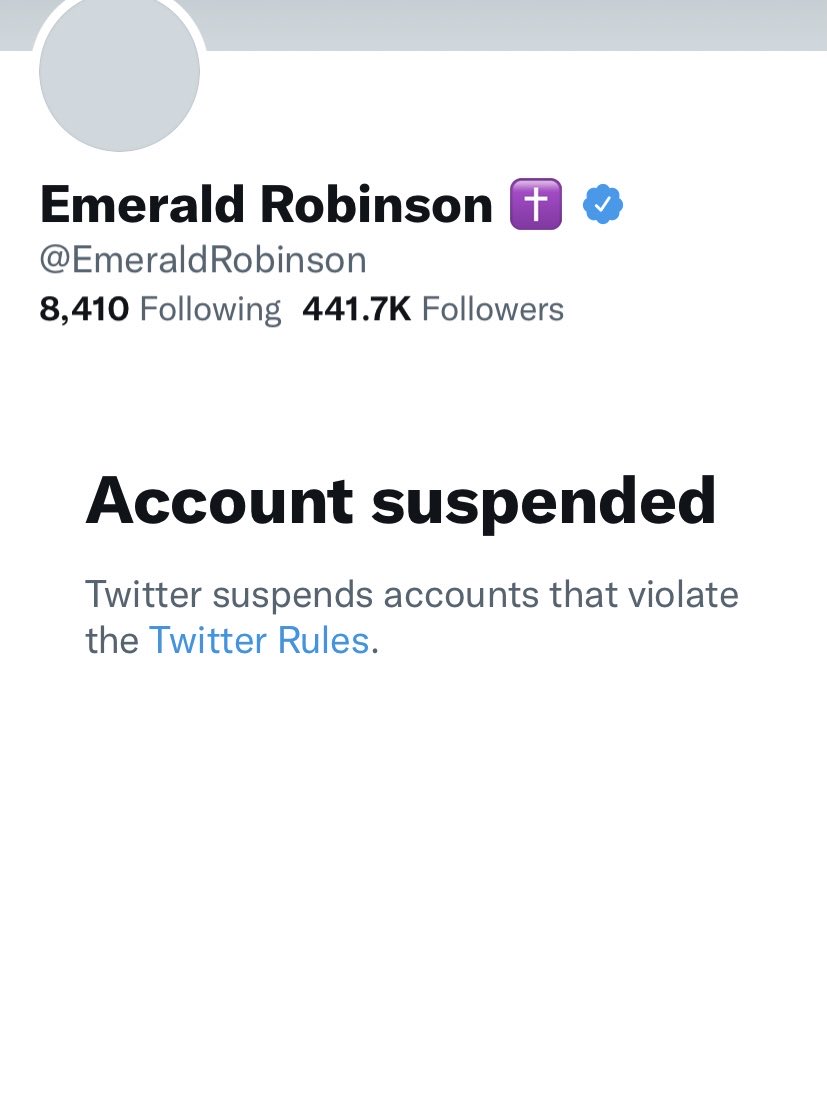 If Pfizer can block people then we can block their vaccines. 🙅‍♀️ pic.twitter.com/Rl03d5cNc7

There’s a very interesting quote from the sleaze bag CEO of Pfizer today:

“The only thing that stands between the new way of life and the current way of life is, frankly, hesitancy to vaccinations.”

What exactly is the “new way of life” here?https://t.co/3PHbvrNRNr

BREAKING: Pfizer requests the FDA grant emergency use authorization for its COVID-19 booster for all adults pic.twitter.com/NZMteNyBE4

Remember the movie “Stand and Deliver”? The heartwarming story of how one dedicated Hispanic teacher in L.A. taught dropout-prone kids from the barrio to pass the AP calculus exam?

7 of those states have discontinued membership because of the NSBA letter to Biden. pic.twitter.com/rOTyWPiezf

Mr. Binger pulled out a cell phone and showed me a video and also a photo – which was actually one photo that I brought today – and asked me if I knew who a gentleman was in that photo, and I said I did not. … He said, “This is Joshua Ziminski.” Mr. Binger also has a case with him, and I am subpoenaed for that case also. He says, “Well, that’s who that is.” He put the phone down. He picked the phone back up and says, “Who is this?” And I confusingly said, like, Joshua Ziminski, and he said, “Would you like to add that to your statement?” and I just felt I didn’t want to change my statement.

While questioning DeBruin on the stand Tuesday, Kraus said, “We had you read over your statement, right?”

Trump Has Emergency Powers We Aren’t Allowed to Know About 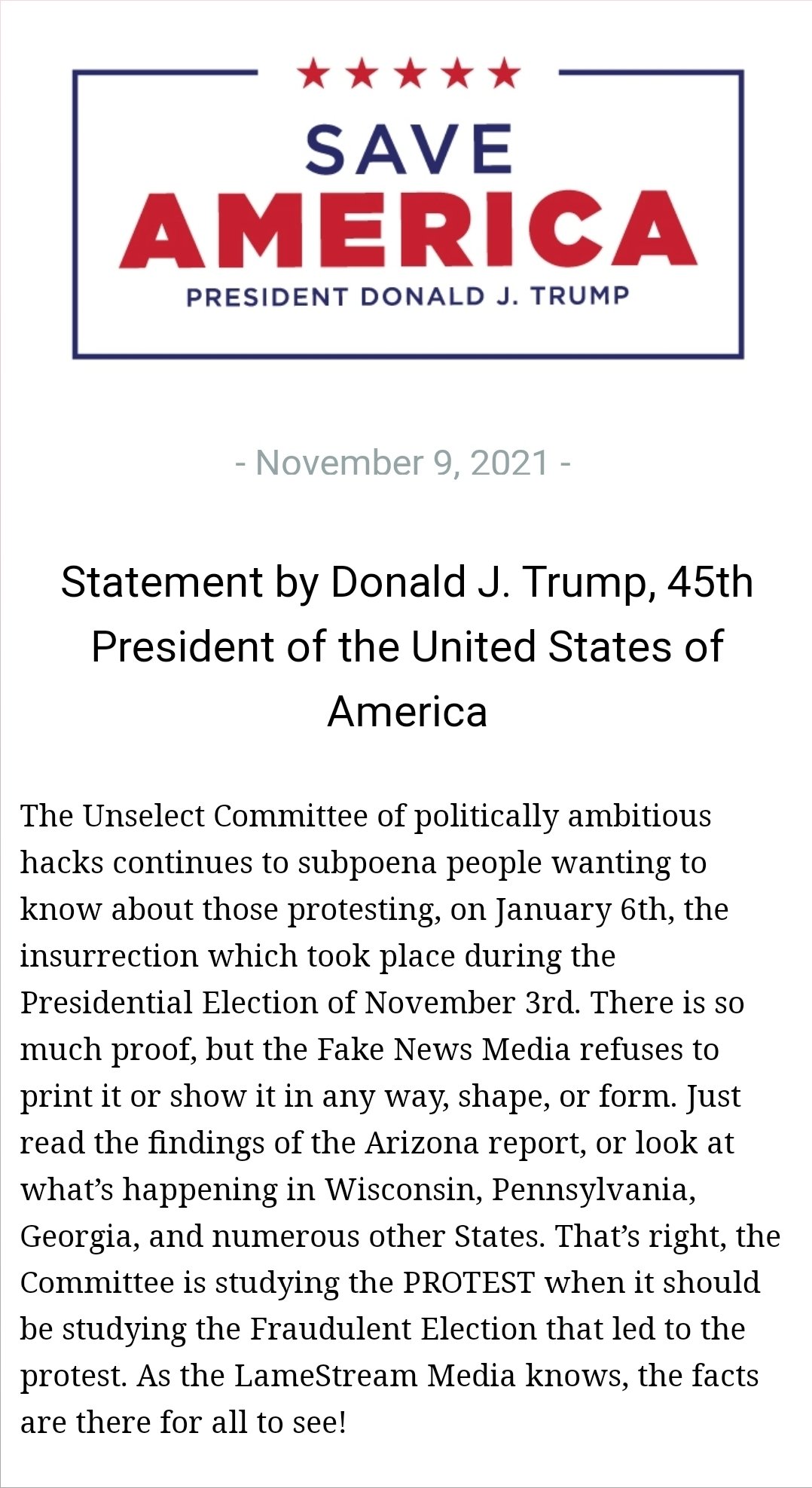 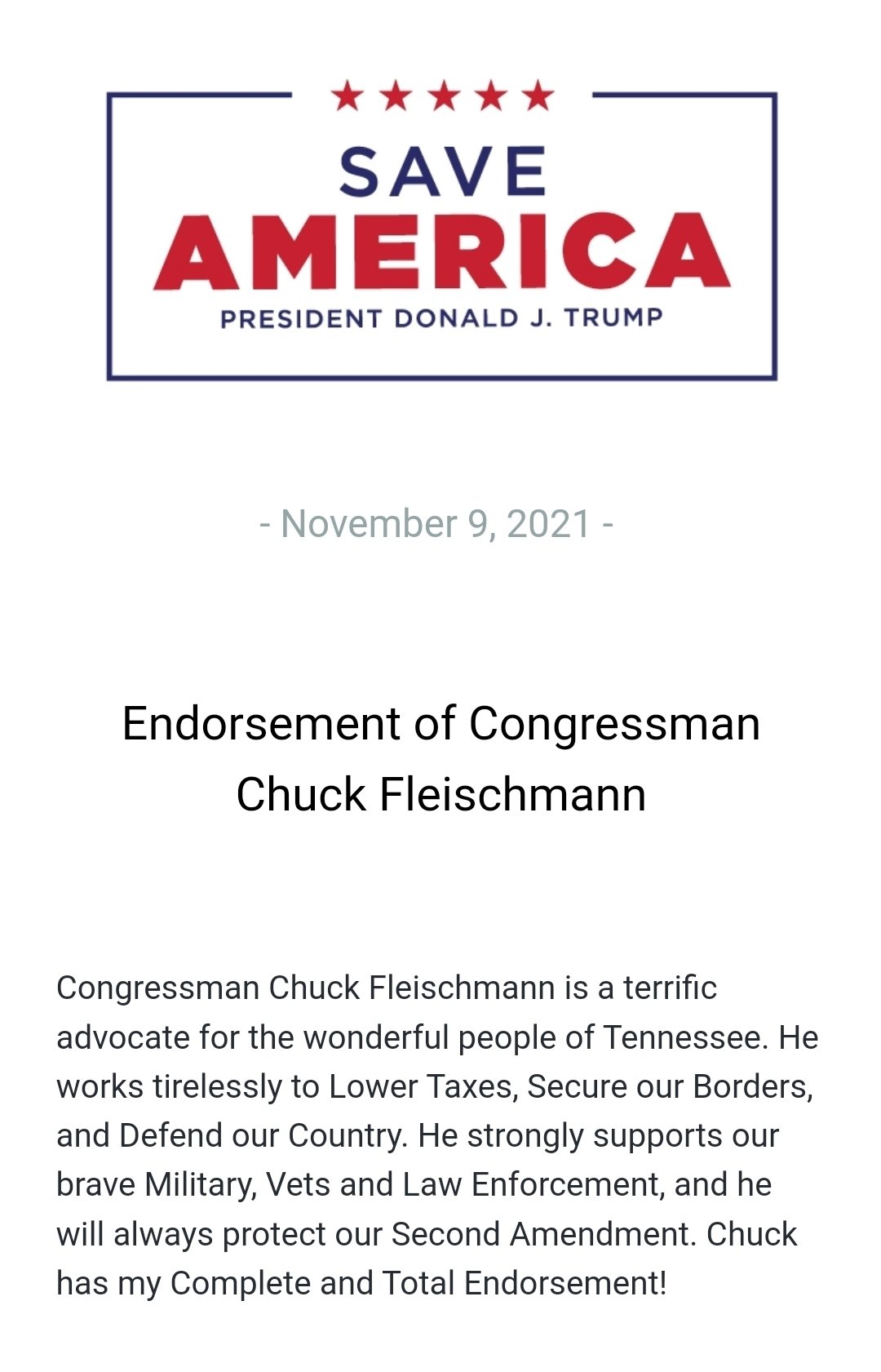 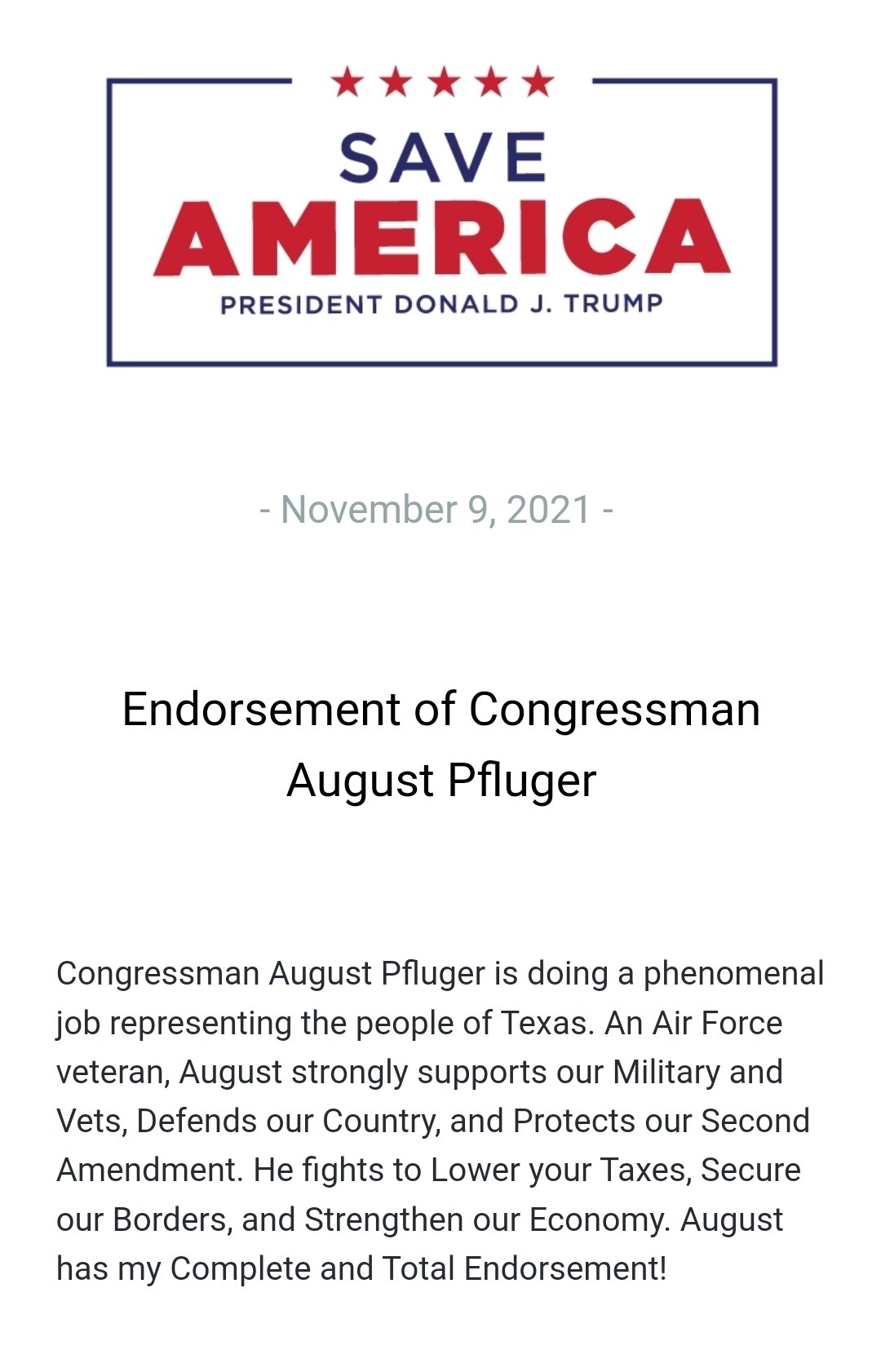 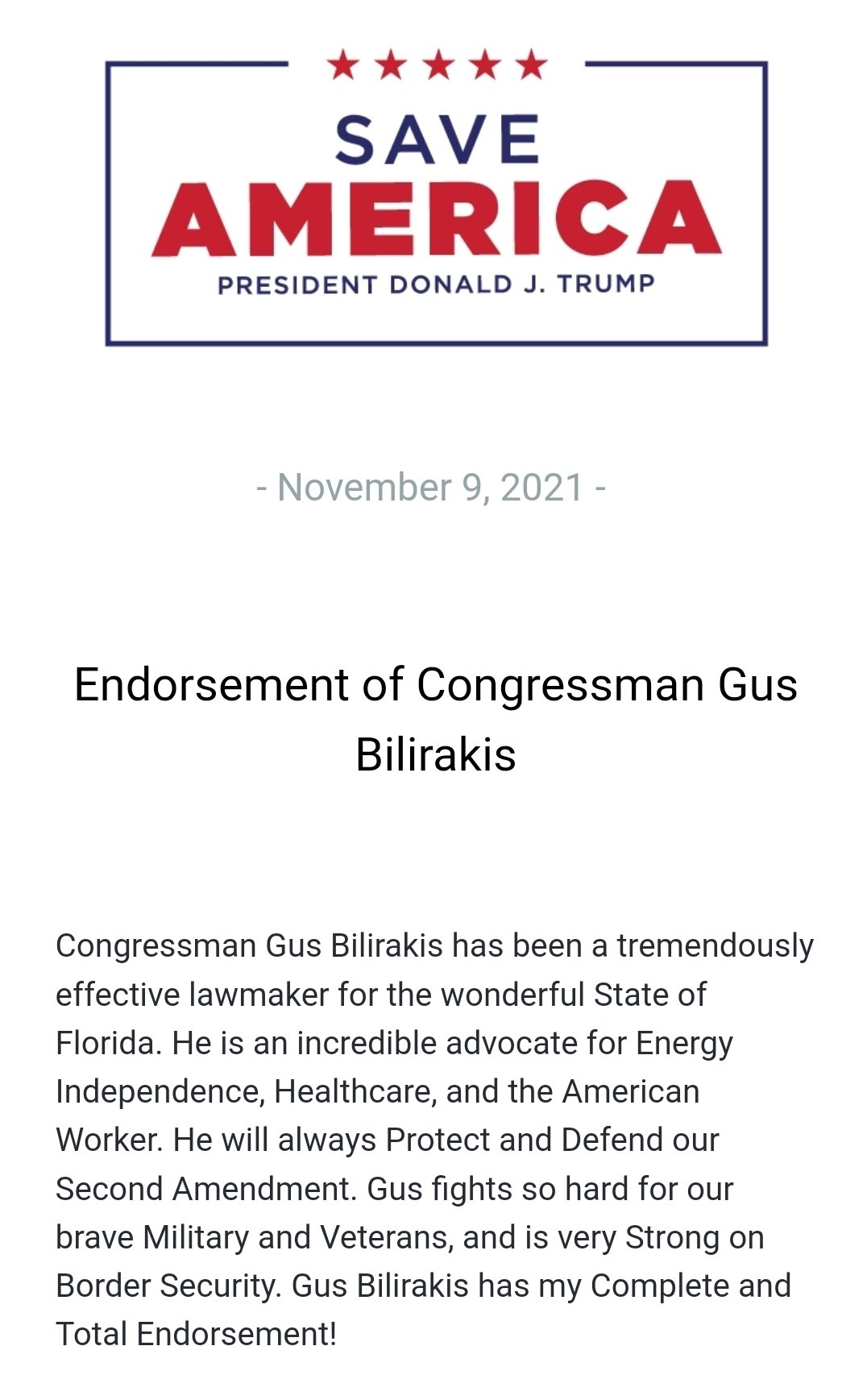 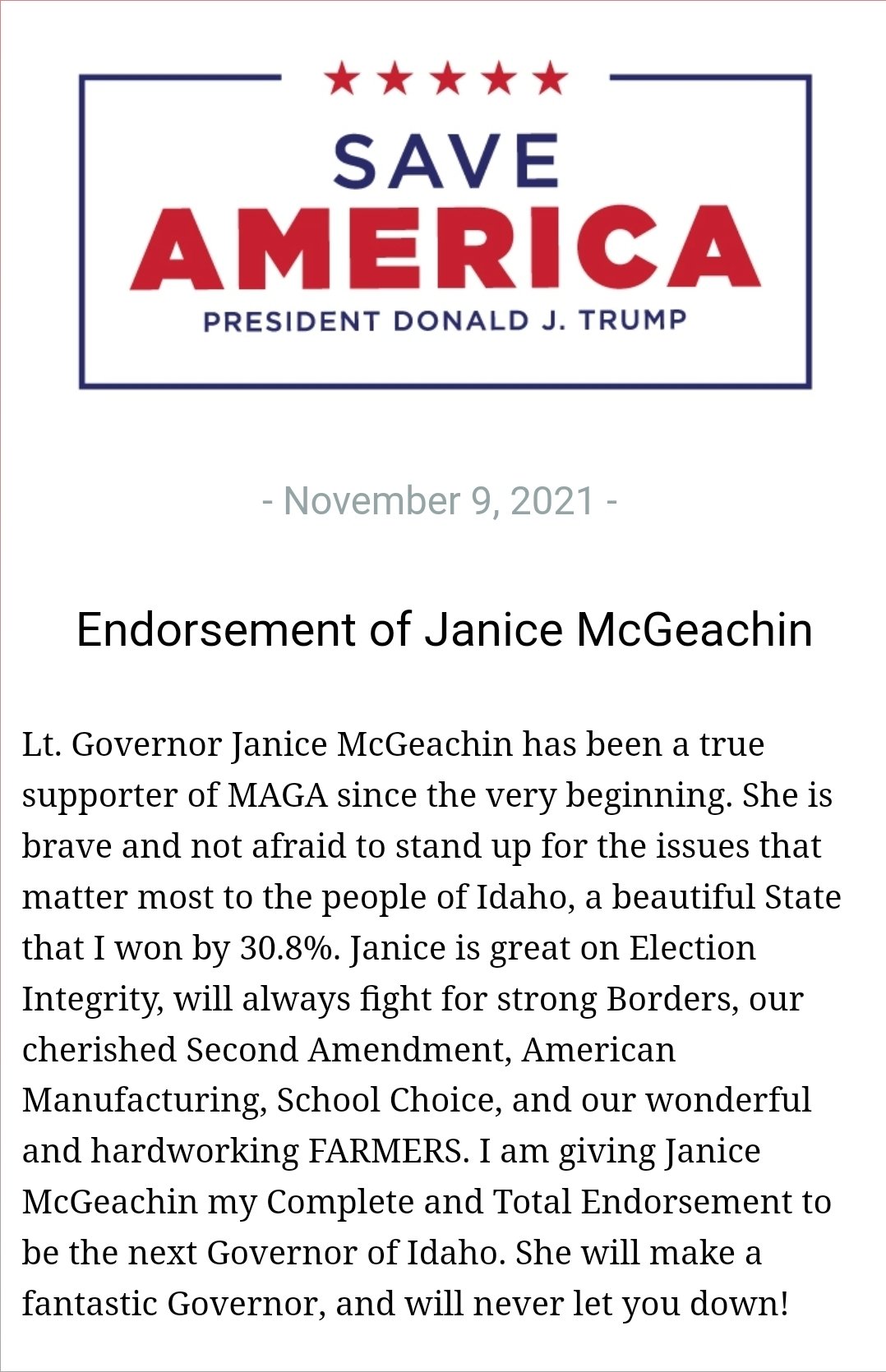 Days after Democrats conceded control of the Virginia House of Delegates to Republicans, they walked back that concession as two key races in which the GOP holds razor-thin leads appeared headed for recounts.

As of Tuesday, vote counts show Republicans with 50 seats and holding slight leads in two additional seats that have still not been called by The Associated Press. Democrats have 47 seats and are leading in one other district that has not been called.

In both districts where Republicans are leading, the margins are under 0.5%, which allows candidates to request state-funded recounts. 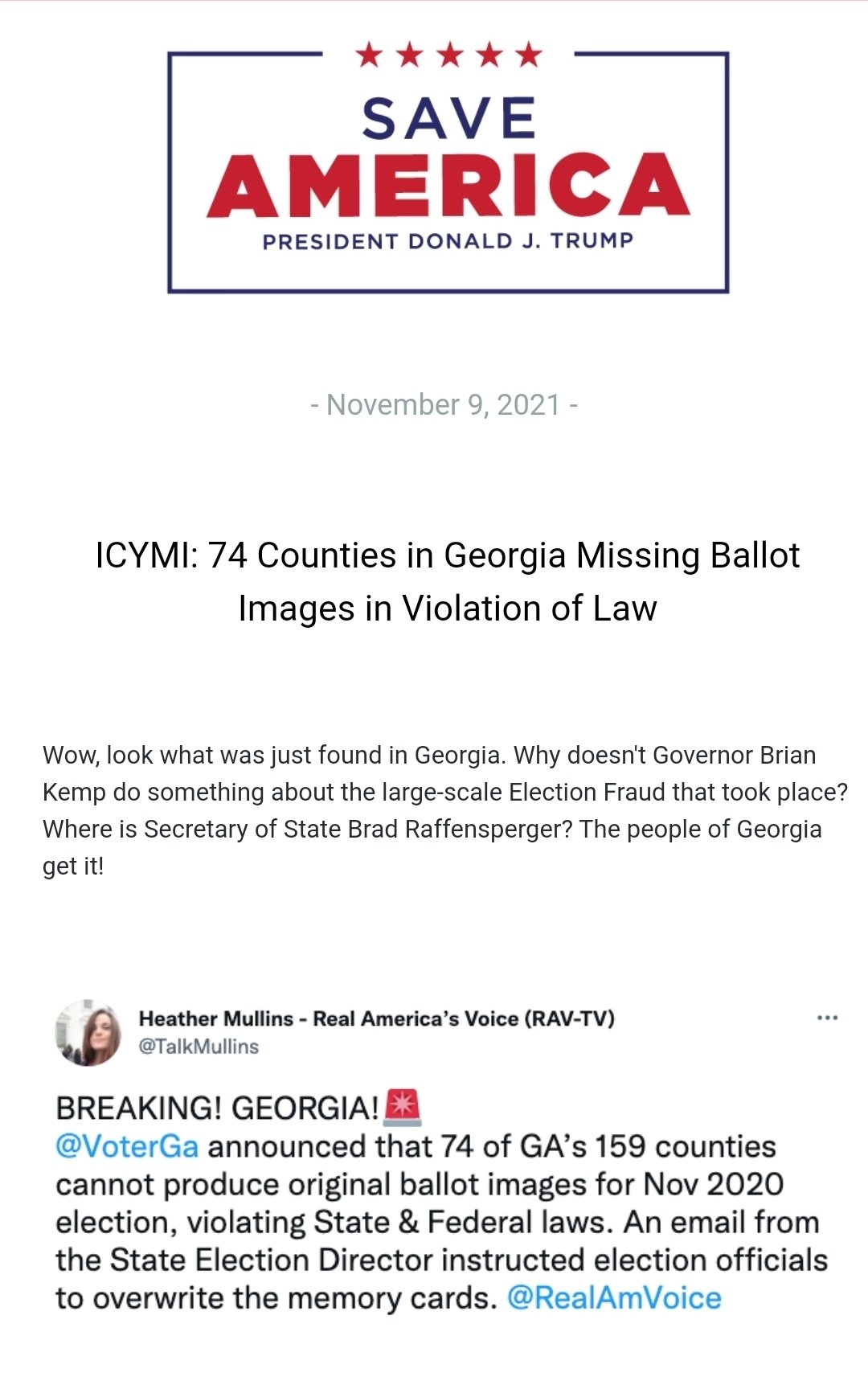 Is The President Required To Have An Annual Physical?

The 25th Amendment, proposed by Congress and ratified by the states in the aftermath of the assassination of President John F. Kennedy, provides the procedures for replacing the president or vice president in the event of death, removal, resignation, or incapacitation.  The Watergate scandal of the 1970s saw the application of these procedures, first when Gerald Ford replaced Spiro Agnew as vice president, then when he replaced Richard Nixon as president, and then when Nelson Rockefeller filled the resulting vacancy to become the vice president.

Whenever there is a vacancy in the office of the Vice President, the President shall nominate a Vice President who shall take office upon confirmation by a majority vote of both Houses of Congress.

8 thoughts on “Timing Is Everything, One Year, State Of The Union, Acting President – Ep. 2624”