Trump and the patriots led the [CB]/[DS] down the wrong economic path. Trump used their illusion against them, he reversed everything they were doing, in the meantime he was building the plan to destroy the [CB] and help the people weather the storm. Now its to late. Trump has told us the plan the entire time, we weren’t listening closely enough. Yes, he is going to bring down the entire system, yes he is going to make arrests, but first he will wake up America, and have the [DS] feel pain during the entire process. He is allowing them to be exposed to as many people as possible, he is going to attack them when the least expect it. He told us that he was going to go away for a while, he told us [JB] will probably be removed by the 25th Amendment. He said a long time ago he needed to the swamp. Everything is in motion and the [DS] are finished, last Phase. Ep 2404b-Trump You Won’t See Me For A While, Be Extremely Mysterious To Direct Your Opponents Fate Ep 2404a – Trump Led The [CB] Down His Economic Path To Destroy Them, Think Digital & Gold

Just filled up my truck.
20% more expensive!!
Thanks, Joe Biden!!
I’m sure folks won’t mind getting crushed at the pump— smh pic.twitter.com/NbU47HYQzM

I want 5G, and even 6G, technology in the United States as soon as possible. It is far more powerful, faster, and smarter than the current standard. American companies must step up their efforts, or get left behind. There is no reason that we should be lagging behind on………

The Lincoln Project burnt to the ground.
The RINOS in the GOP establishment exposed & collapsing.
Cuomo & Dem Govs in free fall.
The media depressed and lashing out at Dems for their impeachment fail.
Trump beats impeachment. Dems exposed to the world as frauds, why frauds, we will be discussing that in a sec

After our reporting and follow up by other outlets, the NYT now has basically retracted their initial report that Officer Sicknick died after being beaten by a fire extinguisher. Another outrageous lie by NYT: https://t.co/r0dUTPwyzx

The Jan 8 article sourced the story to 2 law enforcement officials. But this is their new “correction.” It wasn’t an official but officials “close” to the police. So who was it? pic.twitter.com/ibJrLkPDuo ANTIFA FACT-CHECK THREAD: During the impeachment trial today the president’s lawyers claimed that one of the first rioters arrested on 1/6 was a member of Antifa/BLM. Various fact-checkers ALL determined this claim was false. In this thread, we fact-check the fact-checkers. pic.twitter.com/RzBnWHx5de

2/ The ‘agent provocateur’ that the president’s lawyers were talking about is John Earle Sullivan aka JaydenX. Before his arrest at the Capitol on 1/6th Sullivan was active in the BLM movement throughout the summer of 2020. https://t.co/iAaLdMCDYd pic.twitter.com/wVGNs5V27t

3/ Sullivan began engaging in anti-fascist/government commentary calling for burning down the current political system and replacing it with another system, so it benefits the people and grants them more freedoms.https://t.co/mGaVY0BjHr pic.twitter.com/xcFLagqnxf

4/ Frustrated with Lex Scott’s (the founder of BLM-Utah) leadership and inspired by Antifa riots in Portland, Sullivan founded ‘Insurgence USA’ to accelerate the collapse of the current political system through Antifa-style direction action. https://t.co/MFVL7AwVxV pic.twitter.com/2SwOniJAjE

5/ After founding ‘Insurgence USA’ Sullivan traveled to Washington DC to lead protests on the Capitol. While on the stage he claimed he was going to burn down the White House and rip Trump out of office. Video: pic.twitter.com/8H9RSIsAD0

22/ Accompanying Sullivan was a photojournalist named Jade Sacker who has worked for NPR and NBC. Once the pair had entered the capital she can be heard on Sullivan’s video cheering, “We did it!” and then asked John if he was filming and he promised to delete the video. He lied. pic.twitter.com/ePVWqKASwN

After the FBI warned about far-right attacks, agents arrested a leftist ex-soldier

The House wanted witnesses, the senate voted 55-45 to have witnesses,

Major Patriot@MajorPatriot
They just did. And they failed. 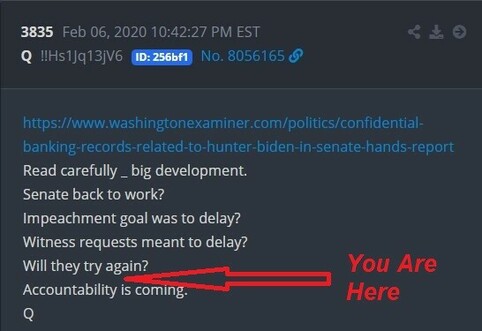 The Ds [DS] having everything on their side, the MSM,

TRUMP WAS ACQUITTED FOR A SECOND TIME!

He said something very important, these are the people representing us, liers, cheaters, criminals. People are now seeing this for the first time 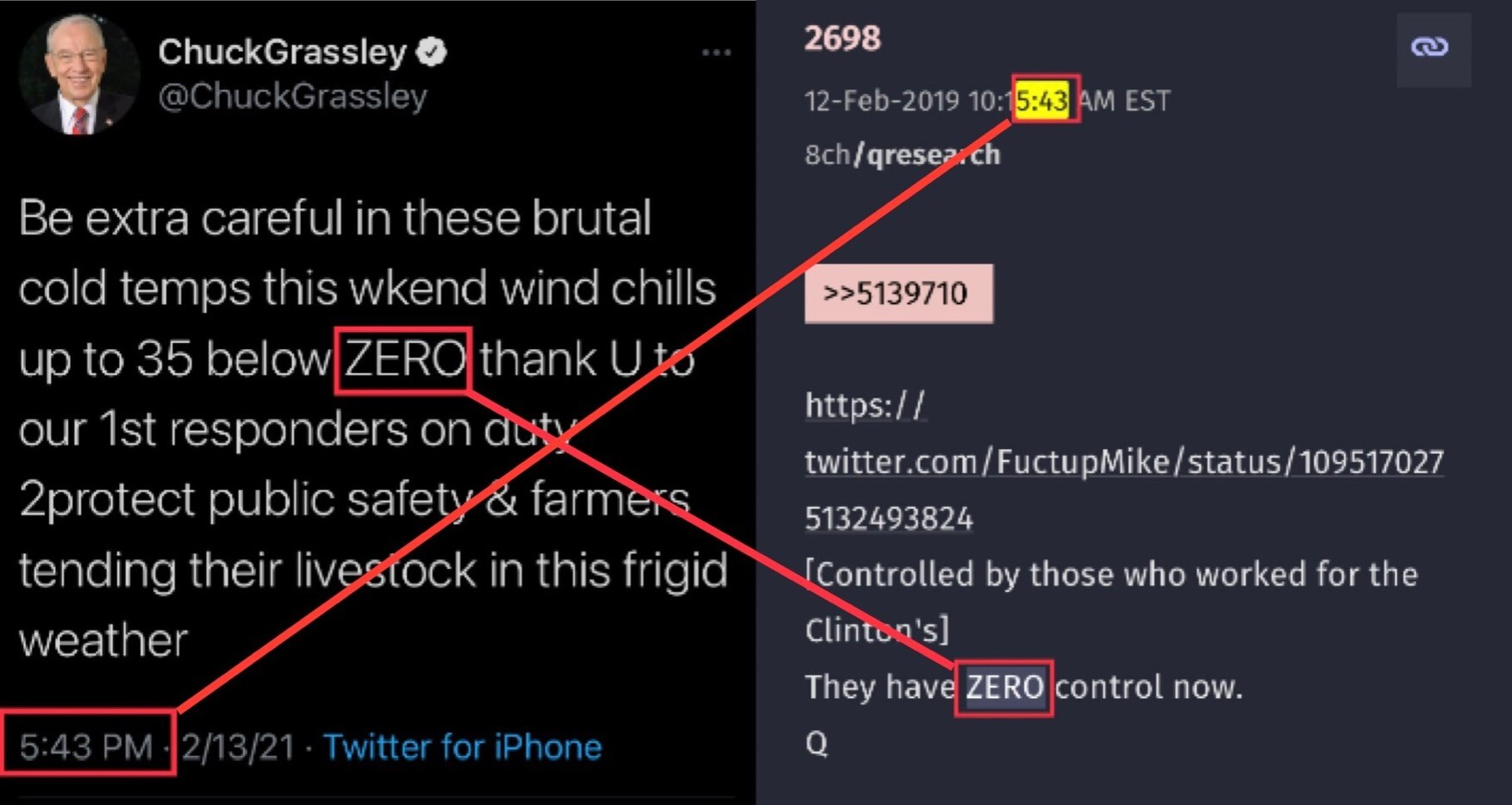 Opinion: If Republican senators acquit Trump, they will own the violence that follows https://t.co/qJ2VMtkDUr

Trump put out a statement

WITCH HUNT.
No deals.
Q
1295
Q !xowAT4Z3VQ 04/29/2018 11:11:22 ID:09b0d5
Archive Bread/Post Links: 1233188 / 1233458
Direct Link: 1233458
Be careful who you are following.
Some are profiting off this movement.
Some are building a big following off this movement only then to retreat and go mainstream.
Patriots make sacrifices.
Some, the ultimate sacrifice.
Patriots are SELFLESS.
Do they ask for monthly payments to remain Patriots?
Think logically.
To some, it’s only about the money.
Those who would seek personal gain at the expense of others in this movement has an agenda.
You decide.
This is not a game.
The only profit we should all be striving for is TRUE FREEDOM.
God bless you all.
Q
>>1233458
Personal thank you to the BO, Bakers, and Autists/Anons who continually dedicate their time and energy to the GREAT AWAKENING.
You are all Patriots.
The hard part is coming to an end.
The next phase will bring JUSTICE.
Q+ 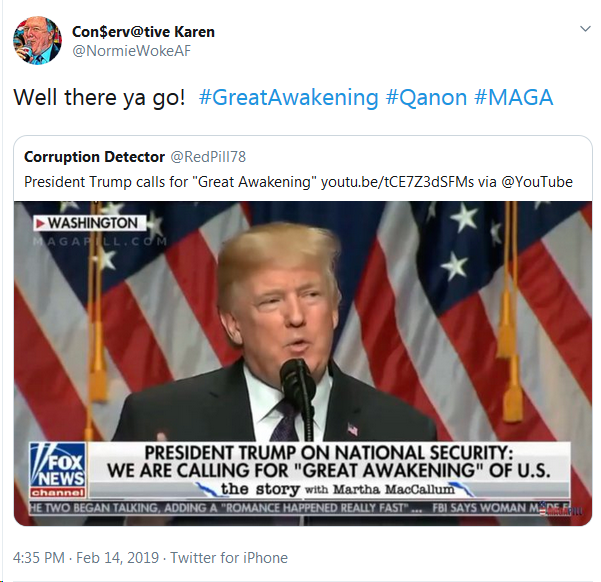 Now if we go back in time before Trump was President he told us how he was going to see the board, who can trust and who he can’t trust. Many people would never do this, but Trump knew it had to be done this way, remember DC is a swamp, with actors, fake individuals, who play a role, to get past all of that you need to do something extreme and trump did that, he lost it all
TAKE A LISTEN

Trump has been telling us what he was going to do, what the plan was, yes we know that he is bringing down the entire system, but how we all get their we don’t know, but Trump has given us hints along the way, Lets go back to August 2020 before the election, he told us something very important

“I have a lot of enemies. This might be the last time you see me for a while…” Hmm, seems like an odd thing to say during a speech about Big Pharma, no?
TAKE A LISTEN

Battle of the Alamo

then in trump statement he said the following

Biden Ukraine, China.  What are Weiss and Durham investigating

“Our historic, patriotic and beautiful movement to make America great again has only just begun.”

The House managers broke all the rules

No Due process in the house

They doctored evidence,
When they were losing the played the race card

At the last minute they tried to get witnesses, then backed out
They tried to present new evidence during closing arguments.

Trump just announced that he’s not donE and the REAL fight is just beginning.

The [DS] their power relies on lies to keep their power
They rely on the MSM to push the lies
this is not real power, this is a house of cards that can be brought down at any moment

There are a lot of people that have to stay quiet about election fraud, about treason, etc.. When do birds sing, Durham, Weiss

30 thoughts on “Trump You Won’t See Me For A While, Be Extremely Mysterious To Direct Your Opponents Fate – Ep. 2404”