Congress passed the Omnibus Bill and they have shown the American people how they really feel about them. The people are receiving a 600 check and the rest of the funds will be laundered to their special interest groups. Trump has now appointed individuals onto the Kennedy Center and performing arts to see where the funds are being distributed. The [DS]/MSM have taken the bait and they are proceeding down the constitutional path. Trump and Pence are ready to make their move. The people are ready to take back their country, Jan 6th is a marker. Trump sends a message letting everyone know that the world is about to see a miracle, everything is about to change and 2021 is going be glorious.

Ep 2360b – We The People Are About To Take Back The Country, THE CURE Will Spread WW Ep 2360a – Trump Makes His Move On The Omnibus Bill, Proclamation Set

COVID Bill Gives Households With Illegal Aliens Up to $1,800 Cash

I hope we never find life on another planet because if we do there’s no doubt that the United States will start sending them money!

The Kennedy Center is receiving 14 million of stimulus,

The [DS] is panicking

Who arrests Trump if he refuses to concede?
Who drags him out?
Pepper spray? Cuffs?
A knee on his neck, cutting off his oxygen?
Does he wheeze “I can’t breathe.”
Just whale away on him like a piñata?
Rodney King style?
The thug who has destroyed the country. What does he deserve?

I’m proud to be number one on Biden Vindictive government list.

Sounds like the DOJ anti-Trumpers can’t wait for Biden to make DOJ the GOVERNMENT Secret Police like they were under Obama.

They want to seize my emails. 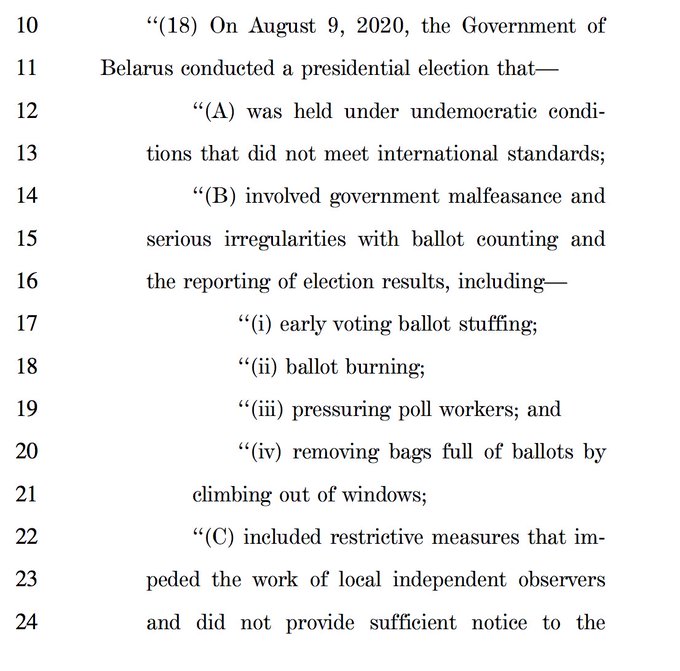 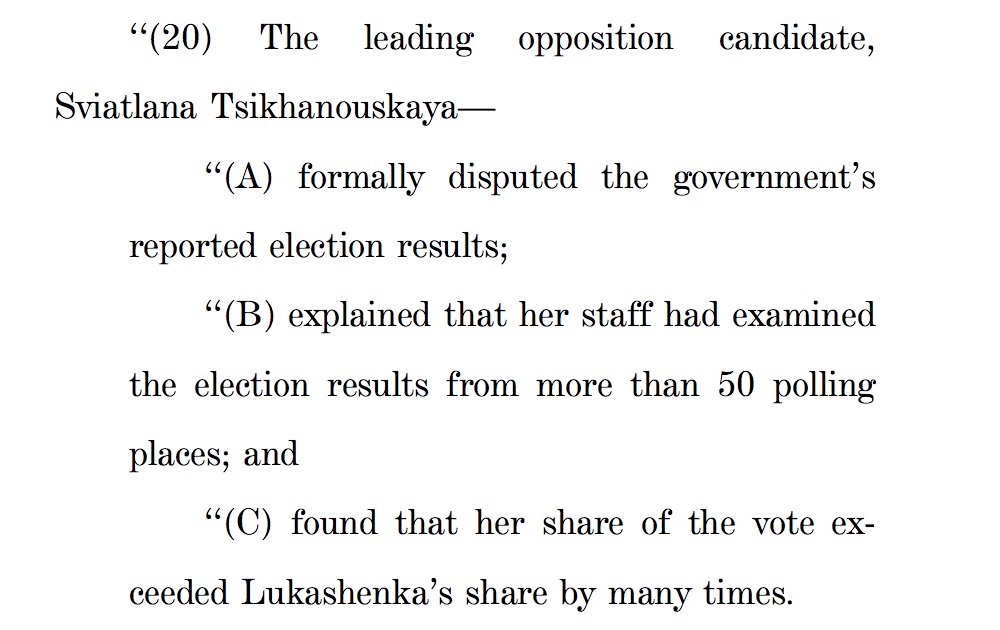 Trump can see who is with him and who has been playing role, this is important moving forward

Two years ago, the great people of Wisconsin asked me to endorse a man named Brian Hagedorn for State Supreme Court Justice, when he was getting destroyed in the Polls against a tough Democrat Candidate who had no chance of losing. After my endorsement, Hagedorn easily won!…

…WOW, he just voted against me in a Big Court Decision on voter fraud (of which there was much!), despite many pages of dissent from three highly respected Justices. One thing has nothing to do with another, but we ended up losing 4-3 in a really incorrect ruling! Great…

…Republicans in Wisconsin should take these 3 strong decisions to their State Legislators and overturn this ridiculous State Election. We won in a LANDSLIDE!

BREAKING: Arizona’s Republican Electors have filed a motion to intervene in the case against Maricopa County to ensure that the State Legislature gets all of the information it needs to conduct a full and complete audit of the 2020 election. pic.twitter.com/5CLq1QSSFx

So lets think about this, there are subpoenas issued to Maricopa to look at the dominion machines but they are not allowing this to happen, what are they hiding.

THE DEMOCRATS DUMPED HUNDREDS OF THOUSANDS OF BALLOTS IN THE SWING STATES LATE IN THE EVENING. IT WAS A RIGGED ELECTION!!!

“Conservatives Call on State Legislators to Appoint New Electors, in Accordance with the Constitution”https://t.co/V2akcgvlHD

CONSERVATIVES CALL ON STATE LEGISLATORS TO APPOINT NEW ELECTORS, IN ACCORDANCE WITH THE CONSTITUTION

There was a meeting with Flynn, Sidney Powell Patrick Byrne and other in the white house, Murray brings us up to date

NEW: According to @PatrickByrne [in an explosive interview w/ @UncoverDC], there was a recent meeting w/ President Trump, @GenFlynn, @SidneyPowell1, @PatrickByrne + members of Trump’s Senior Advisory Team & Legal Counsel. At one point during the meeting, after sensing that

Byrne further states that he told President Trump that “within 30 minutes” he could produce 3 people who could confirm that his own leadership has been trying to convince others to get him to concede. Points

4/ to the fact that Chris Christie attempted to bring in 8 people into Trump’s administration at the very beginning, “who all turned out 4 years later to be signing letters against voting for Donald Trump”.

Refutes that ANY mention of martial law or the military were discussed.

Addendum: Apparently I need to clarify this [although I didn’t think it was necessary]. Sidney Powell, Flynn & Byrne are 100% convinced that President Trump won. The comments above were referring to members of Trump’s Senior Advisory Team and General Counsel.

No, this does not include Rudy or Jenna Ellis, who have repeatedly, and clearly, stated that they believe Trump won the election.

I attended this widely reported meeting. @realDonaldTrump won “BIGLY”, the entire world knows it. Now strong hearts are required. We have a process, America is awakened and both the TRUTH & GOD are on our side. “May His light shine upon thee”@lofly727 https://t.co/8MAeaT276b

You can count the people who have the full picture on two hands.
Of those (less than 10 people) only three are non-military.
Why is this relevant?
Game theory.
Outside of a potential operator who has been dialed-in w/ orders (specific to his/her mission) nobody else has this information.
Operators never divulge.
Alice & Wonderland.
I do believe that if  Pence rejects electors from MI, WI, PA, GA because those states held illegal elections like Ivan Raiklin said, this will allow Trump to win the majority of the remaining votes, The Constitution wins again .

If @SidneyPowell1 is appointed special counsel, could she indict people engaged in election fraud before January 6?

If Sidney Powell becomes special counsel, will she indict a bunch of people before January 6?

Could she turn this whole “election” around?

“Ezra Cohen, of the District of Columbia, to be a Member and Chairperson of the Public Interest Declassification Board.” 🐸KEK
President Donald J. Trump Announces Intent to Appoint Individuals to Key Administration Postshttps://t.co/hzgF38XPVP

The MSM, WHO are the rest are now pushing the Mutant variant of covid 19

BREAKING! Do mask mandates work? Our analysis below.
We looked at cases on days where mask mandates were in place vs when they were not. We calculated the cases per day adjusted for population and:

WITH MASK MANDATE:
27 cases per day per 100K people

That’s right. With mandates in place states say 10 more cases per 100K population. Here’s the breakdown by state. Many states have had days with mandates (blue) and without (orange)

Drawn your own conclusions.
2/ pic.twitter.com/I2XknhFOQk 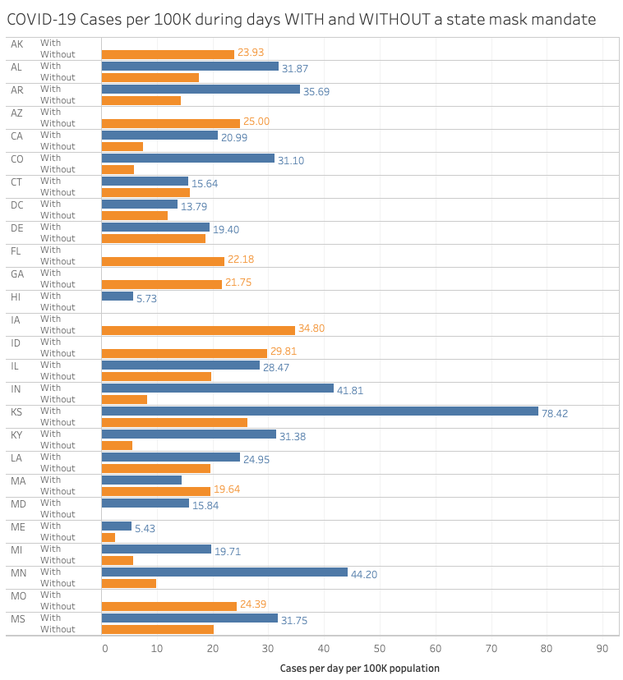 Team Apocalypse will object and say: “well, states which put mandates in place were seeing surges in cases!” Perhaps… but our data shows that even AFTER the mandates went up… it did nothing.
h/t to our friend @ianmSC
3/ pic.twitter.com/Y2BmsaEow5 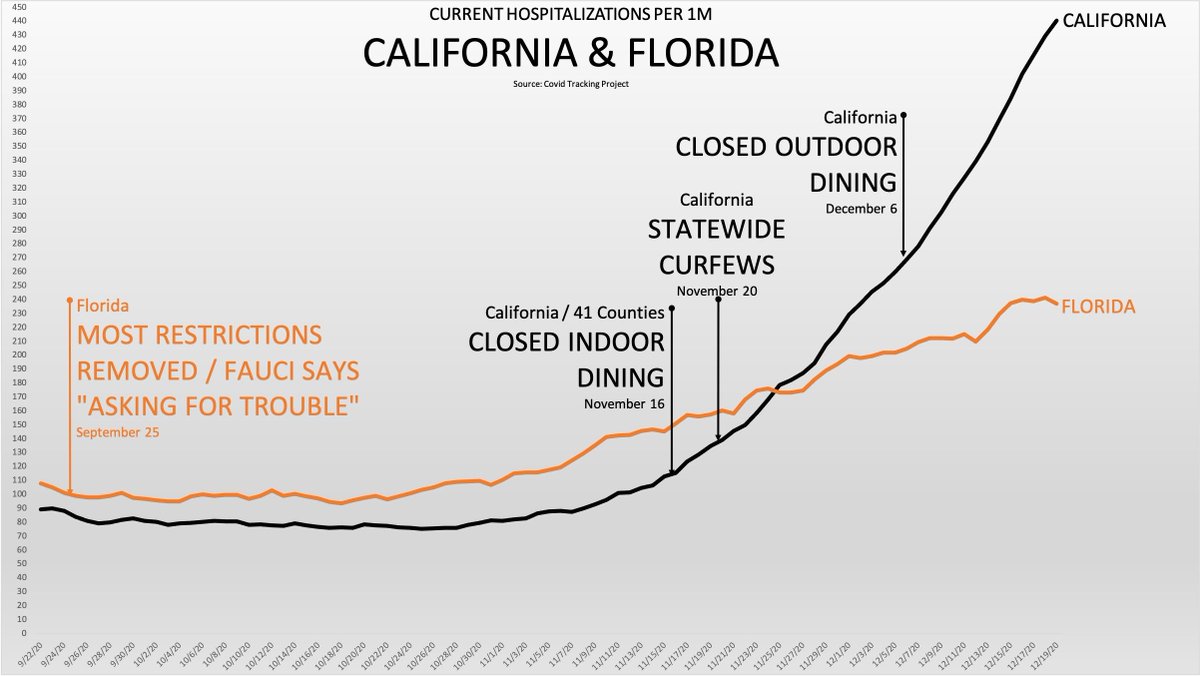 Another objection: “Well, we can never know for certain HOW MUCH WORSE it could have been without masks.” First, that’s not science – that’s unfalsifiable nonsense.
Maybe consider that the virus is beyond your control. See these 6 states with different mandates. Up and down.
4/ pic.twitter.com/HT7Ne9z5o4 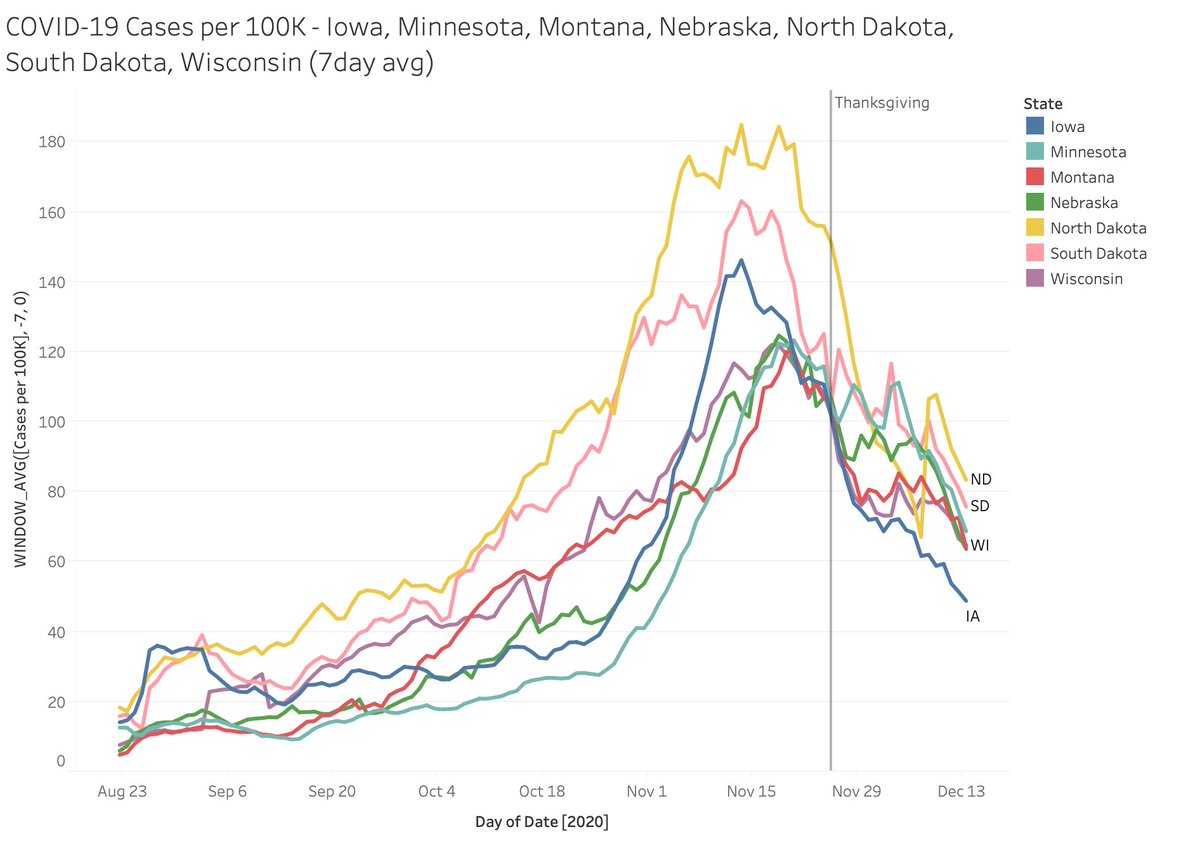 Another objection: “Well maybe people aren’t really wearing masks!” We have you covered there. Here’s an interactive tool allowing you to drill down on county-level covid cases mapped to a NYTimes survey on how people are wearing masks.
5/https://t.co/0aRywhIJVS

We also have numerous articles and studies demonstrating that mask mandates are not justified and that recent items cited by the CDC do not present strong evidence at all for mask mandates.
6/https://t.co/o1pE0Z5zP0https://t.co/readhMDcUL

Distribution of both vaccines is going very smoothly. Amazing how many people are being vaccinated, record numbers. Our Country, and indeed the World, will soon see the great miracle of what the Trump Administration has accomplished. They said it couldn’t be done!!!

THANK YOU Q
FROM CANADA TOO IM SURE THIS WILL EXPOSE OUR CORRUPTION AS WELL!
>>89736
The ‘CURE‘ will spread WW.
Have FAITH, Patriot.
Q