Ep 2759b – When Do Birds Sing? Panic, Another Piece On The Chess Board Has Been Moved Into Place Ep 2759a – [CB] Just Signaled That They Have Been Trapped, Nothing Can Stop This

IMF director admits that the printed to much money, they thought know would notice, they thought the global economy would be shutdown. The Fed is trapped, they will not be able to control what is coming. The people are realizing that they need to protect their own wealth. The [DS] is panicking, Elon Musk just grabbed the bull horn and now the game has changed. The [DS] is ready to fight back, think communication blackout. [HRC] was trapped by Durham, another piece on the chess board has been moved into place. Elon Musk refers to a poem by Robert Frost and it references a storm. All will be revealed to the public.

IMF Director sums it up:

– We are acting like 8 year olds playing soccer chasing the ball pic.twitter.com/36eWvBVmx2

“If it gets worse, it’s going to cause severe hardship for a lot of people, to do their grocery shopping and get their gas filled up at the tank,” said Moore. “We don’t want a situation that we had in the late 1970s where inflation just kept getting worse and worse each month.”

The Fed Wants to Raise Rates Quickly, but May Not Know Where to Stop

Sussmann’s attorneys said they learned Durham had issued the trial subpoenas Tuesday and that the special counsel is “requesting the testimony of witnesses regarding the assertion of attorney-client privilege in front of the jury.” The Clinton campaign and the DNC advised Sussmann they wanted to fight ”this plainly impermissible testimony,” Sussmann’s lawyers said.

“The Special Counsel this week took the astonishing and legally inappropriate step of subpoenaing witnesses for the express purpose of having them testify to the invocation of the attorney-client privilege in front of the jury,” Sussmann’s lawyers contended in a Friday filing.

-Mook, Podesta and DNC washed their hands, basically saying that Elias was running things
-Perkins said that Elias started his own company and took all the docs
-Fusion said everything was privileged but crucially cited Elias as proof
-Elias redacted big chunks of his declaration 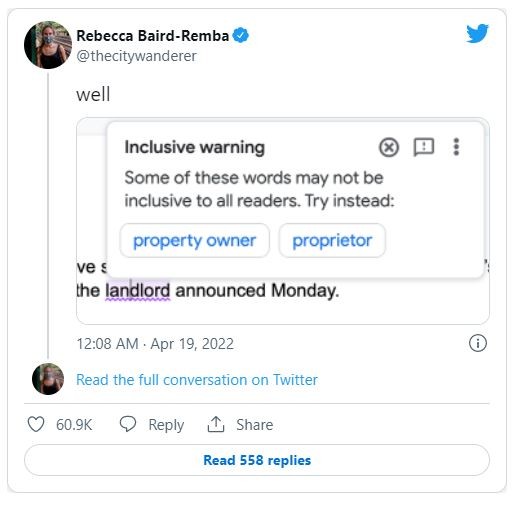 I hope that even my worst critics remain on Twitter, because that is what free speech means

Radical transparency is the best antidote to their authoritarianism

And would allow for a real restart

And be my love in the rain

The line-storm clouds fly tattered and swift,
The road is forlorn all day,
Where a myriad snowy quartz stones lift,
And the hoof-prints vanish away.
The roadside flowers, too wet for the bee,
Expend their bloom in vain.
Come over the hills and far with me,
And be my love in the rain.

The birds have less to say for themselves
In the wood-world’s torn despair
Than now these numberless years the elves,
Although they are no less there:
All song of the woods is crushed like some
Wild, easily shattered rose.
Come, be my love in the wet woods; come,
Where the boughs rain when it blows.

There is the gale to urge behind
And bruit our singing down,
And the shallow waters aflutter with wind
From which to gather your gown.
What matter if we go clear to the west,
And come not through dry-shod?
For wilding brooch shall wet your breast
The rain-fresh goldenrod.

Oh, never this whelming east wind swells
But it seems like the sea’s return
To the ancient lands where it left the shells
Before the age of the fern;
And it seems like the time when after doubt
Our love came back amain.
Oh, come forth into the storm and rout
And be my love in the rain

In the first lines of the poem, robert frost uses his characteristic imagery to depict a storm and its effects. He then asks the listener, someone he loves, to embrace the storm and be his “love in the rain.” The same pattern emerges throughout the next stanzas as the speaker describes elements of nature and then addresses his love. No matter what’s going on in the world, there is a sense of perseverance in the lines. The speaker wants to continue seeking and bettering his love no matter the difficulties. Love is at once beautiful and destructive, the speaker suggests.

Major Riots Against Macron Throughout France Over Questionable Election

Joe Biden in 2019: “We need a president who is respected on the world stage.”

Joe Biden today: "I tried to talk to [French President Emmanuel Macron] last night. We spoke with his staff, but he was at the Eiffel Tower having a good time."

“Politics.”
Same for Merkel.
Think movie.
Q
>>1180433
Think logically.
Attack the world?
Are the people of France to blame?
Are the people to blame or the ruling class (leaders/controllers)?
Apply leverage.
Strategically.
1-by-1.
Unity.
Power shift.
Rise of the people.
WW.
Not understood?
Q

Chris Wray in 60 Minutes interview airing tonight again describes January 6 as a terror attack and pledges to be “more aggressive” in combating the imaginary threat: pic.twitter.com/Rl2bRdzrnT

January 6 will go down in history as a BIG LIE! https://t.co/ALzEtZJGl4 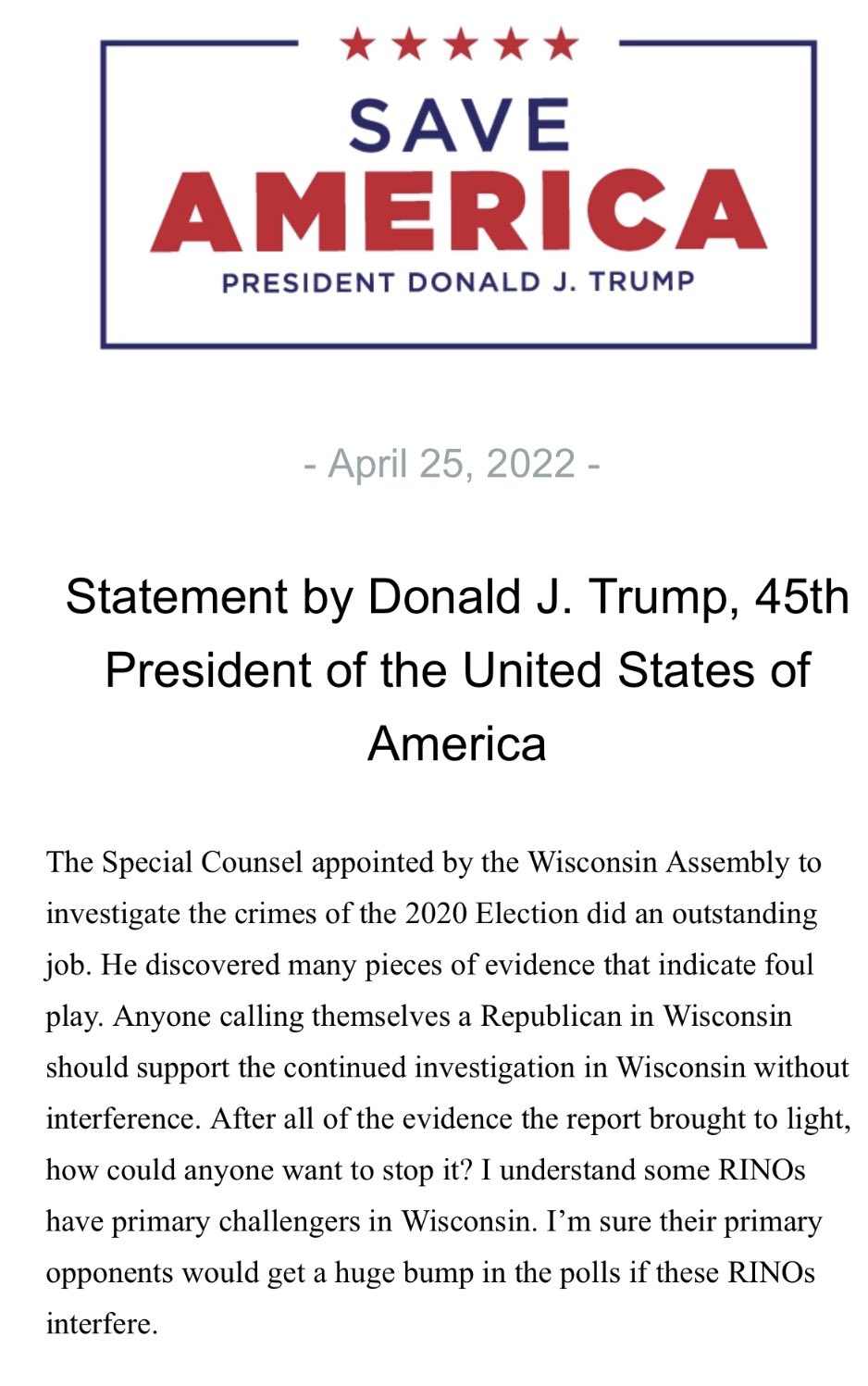 Are you awake?
Do you SEE (for yourself) the MSM = propaganda tool of the LEFT?
Do you SEE FB/Twitter/GOOG censoring non LEFT POVs?
Do you SEE the corruption?
Do you SEE the EVIL?
Are you a SLAVE?
Are you CONTROLLED?
Are you a SHEEP?
ARE YOU AWAKE?
DO YOU THINK FOR YOURSELF?
LEARN THE TRUTH.
FACTS.
HISTORY.
THE GREAT AWAKENING.
THEY ARE LOSING CONTROL.
RESPECT OPINION OR ATTACK THOSE WHO DARE CHALLENGE THE NARRATIVE?
IT’S RIGHT IN FRONT OF YOU.
WHO ARE THE TRUE FASCISTS?
WHO ARE THE TRUE RACISTS?
WHY DOES THE ANTIFA FLAG MIMIC THAT OF THE NAZIS?
COINCIDENCE?
FOR HUMANITY – WAKE UP – LEARN.
FIGHT FIGHT FIGHT
WHERE WE GO ONE, WE GO ALL!
Q

4 thoughts on “When Do Birds Sing? Panic, Another Piece On The Chess Board Has Been Moved Into Place – Ep. 2759”