The entire [CB] plan is backfiring, more and more governors are doing the opposite of [JB] and the [CB]. Everything is  about to change in specific states. Reports of inflation coming, the Biden admin try to down play it. The Energy Sec says it is not a gas shortage but a crunch. Trump and the patriots outsmarted the [CB], it’s happening. Trump and the patriots setup the largest sting operation the world has ever seen, the [DS] is so arrogant they thought they beat Trump at this own game, this is what he was counting on. [JB] is now in the spotlight, he has more happening to him in the first 100 days than any other President. Fauci is now in being looked out for his involvement in the virus. The Clinton Foundation is back in the news. Scavino sends a message to watch NYC. Trump lets everyone know that Justice is coming. As of midnight, GasBuddy shows the percentage of filling stations in each state without gasoline.

Americans and U.S. businesses shifted purchasing products from China due to high tariffs placed by former President Donald Trump, according to Trade Data Monitor information analyzed by The Wall Street Journal. Tariffs currently affect $250 billion worth of Chinese imports while they affected about $370 billion in goods in 2018 and 2019, showing that U.S. consumers have looked elsewhere for tariffed goods.

“If the goal was to reduce imports from China then it succeeded,” Craig Allen, president of the U.S.-China Business Council, told the WSJ.

Reporters have to get quotes approved by White House before publishing: report

Didn’t Biden and  Jen Psaki promise to be transparent , if they are editing what reporters can report what are they hiding, what narrative are they trying to control. So the SM companies are editing what people say and now the WH is approving what Biden says

“I Will Do Everything I Can to Ensure Former President Never Again Gets Anywhere Near White House” — WOW! Bitter Liz Cheney LASHES OUT After Getting

Liz Cheney is a bitter, horrible human being. I watched her yesterday and realized how bad she is for the Republican Party. She has no personality or anything good having to do with politics or our Country. She is a talking point for Democrats, whether that means the Border, the gas lines, inflation, or destroying our economy. She is a warmonger whose family stupidly pushed us into the never-ending Middle East Disaster, draining our wealth and depleting our Great Military, the worst decision in our Country’s history. I look forward to soon watching her as a Paid Contributor on CNN or MSDNC!

Congratulations to Martha’s Vineyard in Massachusetts for the privilege they will have in looking at massive windmills that have been approved by the Biden Administration and are being built, in China of course, as part of an extraordinarily large wind farm. Wind is an incredibly expensive form of energy that kills birds, affects the sea, ruins the landscape, and creates disasters for navigation. Liberals love it, but they can’t explain why. In any event, Martha’s Vineyard, an absolutely wonderful place, will never be the same. Good Luck!

Back in February, Biden lifted the designation of the Iranian-backed Houthis in Yemen as a global terrorist organization.1) https://www.jpost.com/arab-israeli-conflict/biden-failed-the-rockets-and-riots-test-analysis-667920 …

Analysts said that the president believed the move would reduce violence in Yemen and against Saudi Arabia, but it has produced the opposite result.

2)“If you are a terrorist organization, and you don’t do anything & sanctions are lifted against you, this means you can do whatever you want,” Prof. Eytan Gilboa said.

3)”Other terrorist organizations in the Middle East, like Hamas, look at this and say, ‘This is what the US is doing? Very good. We can exploit it.’”

4)In April, Biden announced that America would restore some $235 million in aid to the Palestinians that had been withdrawn by former President Donald Trump.

5)About 2/3 of the money is being given to the United Nations Relief & Works Agency (UNRWA), which Trump cut off in 2018 because of its ties to terrorism.”

Biden delayed his call with Israeli leadership and restarted funding to the Palestinian Authority through the UN — both signal to Hamas & terrorists in the West Bank that America places less value on our relationship with Israel. It matters who leads.

The Iron Dome lit up the sky and intercepted the rockets.

Ministry of Finance in #Gaza has been destroyed by Israeli warplanes. @disclosetv

Facuci and the [DS] criminal acts are about to be exposed

The money trail is damning,
The evidence is mounting.

Let’s take a look at what was done with Fauci’s grants to EcoHealthAlliance/Wuhan: “[W]e constructed an infectious clone” of a SARS-like bat coronavirus.

That is the literal definition of “gain-of-function” genetic research. https://t.co/wChAIXVOFN pic.twitter.com/FdUyP7mtHY

The lead researcher who received the Fauci grants from NIAID via EcoHealth Alliance even admitted in his own hand that he would be conducting gain-of-function research by engineering infectious strands of cloned SARS-like bat coronaviruses. https://t.co/YlTOzjTf8w pic.twitter.com/ZLTkNbloKl

Think about what Trump did…

When the evidence starts to be produced and it’s already being pushed into the Mainstream the same thing is going to happen to Fauci that is happening to Cuomo.

Then cashed in while destroying people’s lives and businesses.

Fauci knew about HCQ in 2005 — nobody needed to die

‘I stand by every decision’: Trump’s Pentagon chief testifies on military response to Capitol riot

Emails obtained via an open records request reveal that the City of Milwaukee did not run the presidential election in accordance with state law and instead turned over administration of it to liberal-leaning groups after receiving a multimillion-dollar grant from Facebook founder Mark Zuckerberg. One of these groups, the National Vote at Home Institute, was provided with daily absentee vote data and even asked for the City’s voter database! Maricopa will set the precedent for all other states to follow to get a forensic audit and see it through. Why couldn’t any other states get one? Why just maricopa? The people never gave up #affidavits #notices #WeThePeopleAZ #rallies #recalls #nonstoppressure the senate rose up

Do you understand why the Arizona Audit is so important

Pro V&V and SLI Compliance, the two companies certifying election equipment for the entire country are glorified shell companies long affiliated with and recommended by the voting machine companies they are said to be monitoring.

These companies run rudimentary “logic and accuracy test” before and after elections which make sure the machines are working at the moment they are being tested — without auditing the history of the machines or what happened during the election.

This includes a cursory confirmation that the current software or firmware is the one certified for use by the Secretary of State.

These are the so-called “audits” of the election equipment widely cited by Secretaries of States, election officials, and media organizations.

There are members from both parties and independents observing.

Everything is being recorded by multiple cameras above each table and nine wide-angle feeds are being livestreamed 24/7. And, it’s all being done by independent experts rather than the same two companies long affiliated with the voting machines companies they are supposed to be auditing.

The Arizona Audit is the most transparent, in-depth Election Audit that has ever been done.

The Government of the United Kingdom is proposing that anyone who wants to vote in a British election should show photo ID to eliminate any corruption and fraud and “ensure the integrity of elections.” This is exactly what we should do in the United States, unlike the Democrats who want to abolish Voter ID laws with passing their horrible HR 1 Bill. All States should pass Voter ID laws along with many other fair and comprehensive election reforms, like eliminating mass mail-in voting and ballot harvesting, so we never again have an election rigged and stolen from us. The people are demanding real reform! 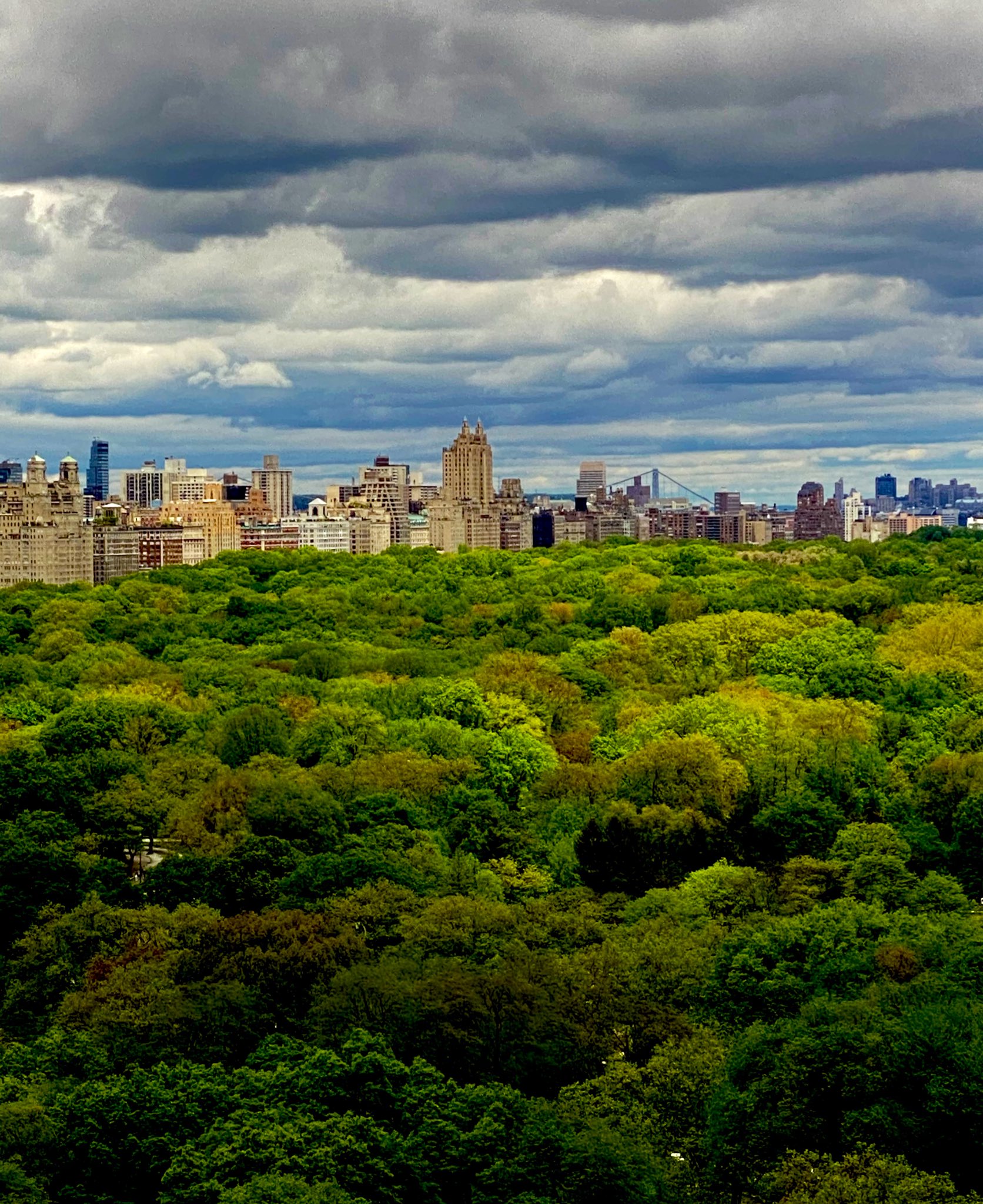 I see that everybody is comparing Joe Biden to Jimmy Carter. It would seem to me that is very unfair to Jimmy Carter. Jimmy mishandled crisis after crisis, but Biden has CREATED crisis after crisis. First there was the Biden Border Crisis (that he refuses to call a Crisis), then the Biden Economic Crisis, then the Biden Israel Crisis, and now the Biden Gas Crisis. Joe Biden has had the worst start of any president in United States history, and someday, they will compare future disasters to the Biden Administration—but no, Jimmy was better!