Ep 2606b – Corruption At The Highest Level, Panic, 4th Quarter Patriots We Fight Together Bankers are now jumping ship, the entire [CB] illusionary system is now falling apart. The [DS]/[CB] players are pushing the green new deal as they all fly to the climate summit. 60% are now blaming [JB] for the inflation, combine this with the supply chain issue and it’s all falling on the puppet. [CB] says the quiet part out loud about crypto. The [DS] is now panicking, they do not know how to get Trump and the people are now waking up like crazy, the avalanche has started and it cannot be stopped. We are now entering the 4th quarter and Trump made a prediction, that the 4th quarter we were going to see things turn around. This is the beginning of the fight to take the country back, this doesn’t mean violence its about pushing freedom and showing the [DS] that we will not comply that we will live free and the minority actions will not control the majority of this country.

Reporter: “Does the president still believe that Build Back Better will not add a dime to the national debt?”

Reporter: “Why should Americans believe that?”

Psaki: “Because it won’t.” pic.twitter.com/QB86LDjhPc 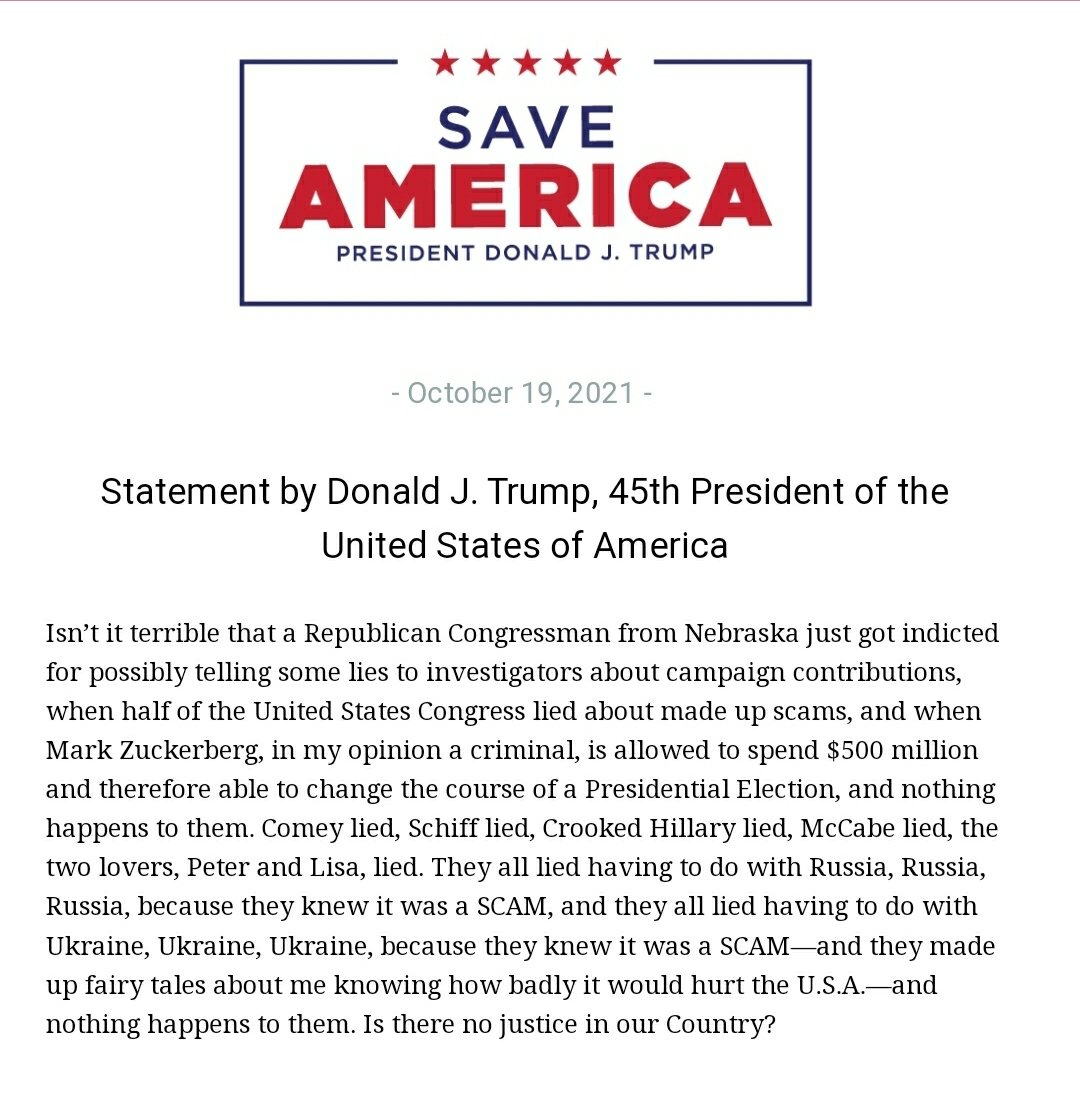 1) Last thread on current FBI motive to throw a bag over Deripaska.

Remember, Lisa Monaco is Deputy AG, and John Carlin is back in the DOJ-NSD position. Both of them participated in the illegal political surveillance operations against candidate Trump (that involved Deripaska) pic.twitter.com/r7LsOUns4F

3) Within the early 2016 discussions, Chris Steele appeared to be advocating to Bruce Ohr on behalf of Oleg Deripaska who was banned from travel into the U.S. by the State Department. pic.twitter.com/E4Qr5E7apI

4) I strongly urge you to read the York article because I’m going to expand on the Deripaska angle from the context of the reader understanding the relationship.https://t.co/zRBNe7LIWj

5) It is likely that Oleg’s 2016 entry into the U.S. was facilitated as part of a quid-pro-quo; either agreed in advance, or, more likely, planned by the DOJ/FBI for later use in their 2016 Trump operation; as evidenced in the September 2016 FBI request.

6) Regardless of the planning aspect, billionaire Deripaska is connected to Chris Steele, a source for Chris Steele, and likely even the employer of Chris Steele. WATCH:https://t.co/M2SwrUOumo

Here’s where it gets interesting….

8) In a May 2018 article John Solomon reported that Deripaska wanted to testify to congress in 2017 without any immunity request, but was rebuked. Who blocked his testimony?https://t.co/VRk6x3fVkR

9) In 2017 Oleg Deripaska was represented in the U.S. by Adam Waldman. Mr. Waldman was also representing Christopher Steele, the author of the Dossier. pic.twitter.com/H4PJbtcpkz

10) Waldman was the liaison Senator Mark Warner (Senate Intelligence Committee Vice-Chairman) was using to try and set up a secret meeting with Christopher Steele.https://t.co/XmJA0PlYUC pic.twitter.com/4Q5LZYjrGN

11) As you can see from the text messages, the House Intel Committee wanted to interview Deripaska. However, based on their ongoing contact and relationship Deripaska’s lawyer, Adam Waldman, asks Senate Intel Committee Vice-Chair Mark Warner for feedback.https://t.co/XmJA0PlYUC

The White House on Wednesday unveiled its plans to roll out Covid-19 vaccines for children ages 5 to 11, pending US Food and Drug Administration authorization.

A meeting of the FDA Committee is to be held on Oct. 26th, 2020 to discuss Pfizer-BioNTech’s Emergency Use Authorization (EUA) for administration of their COVID-19 mRNA vaccine to children 5 through 11 years of age.

“Beloved California burger chain In-N-Out is firing back against San Francisco’s vaccine mandate. The company blasted the city after the Department of Public Health temporarily shut down its Fisherman’s Wharf location on Oct. 14. for not checking customers’ vaccine cards. It’s the only San Francisco restaurant that’s been closed for violating the indoor vaccinate mandate, the health department said.

Logical thinking.
Did DARPA complete build/code (tax-payer funded) ‘LifeLog’ program?
After completion, was there fear the public wouldn’t accept the adoption if known it was DoD/C_A backed?
Do you believe people would join a platform knowing it was under the control of the C_A and FED GOV?
No.
How do you lure the masses into entering all their personal info and private messages (i.e. their LIFE LOG) onto a new platform?
Do you make it cool?
How did FB ‘supposedly’ start and launch?
Ivy league only?
Develop a trend and/or following?
How do you keep the project running w/o ‘public’ taxpayer funds? [DoD reported LifeLog was TERMINATED to Congress/Senate OS]
Define ‘Black Budget’.
Did HWOOD push?
Do people follow the ‘stars’?
Competitors systematically attacked (myspace) to prevent comp?
THE LARGEST ‘COLLECTIVE’ SOCIAL MEDIA PLATFORM IN THE WORLD (BILLIONS LOGGED) IS OWNED AND OPERATED (COVERTLY) BY THE CENTRAL INTELLIGENCE AGENCY OF THE UNITED STATES OF AMERICA.
The More You Know.
Q

Facebook is planning to rebrand the company with a new name

https://twitter.com/johnrobertsFox/status/1319391106036006914
This is not going away.
Corruption at highest levels of gov.
DOJ_FBI_MSDNC ‘political elite’ protection struggles during BRIGHT SUNNY days.
Q

7 thoughts on “Corruption At The Highest Level, Panic, 4th Quarter Patriots We Fight Together – Ep. 2606”