Ep 2608b – Queen Protects The King, When Do You Attack? Stage Has Been Set, Down She Goes Ep 2608a – People See The Economic Difference, The Push Back Is Building

The people can now see the difference, the economy is now separating when you look at red and blue states. The Biden administration is going to use the same tactic as Obama, create law without congress. [JB] already spent 2 trillion and now the economy is worse. The patriots have now trapped the [DS]. There are not that many moves left and the [DS] is losing the game. When do you attack the Queen? The stage has been set. Trump is about to bring the entire corrupt system down around the [DS] and expose it all to the people. Big Tech, Fake News, corrupt politicians can no longer hide in the shadows. Nothing can stop this nothing. 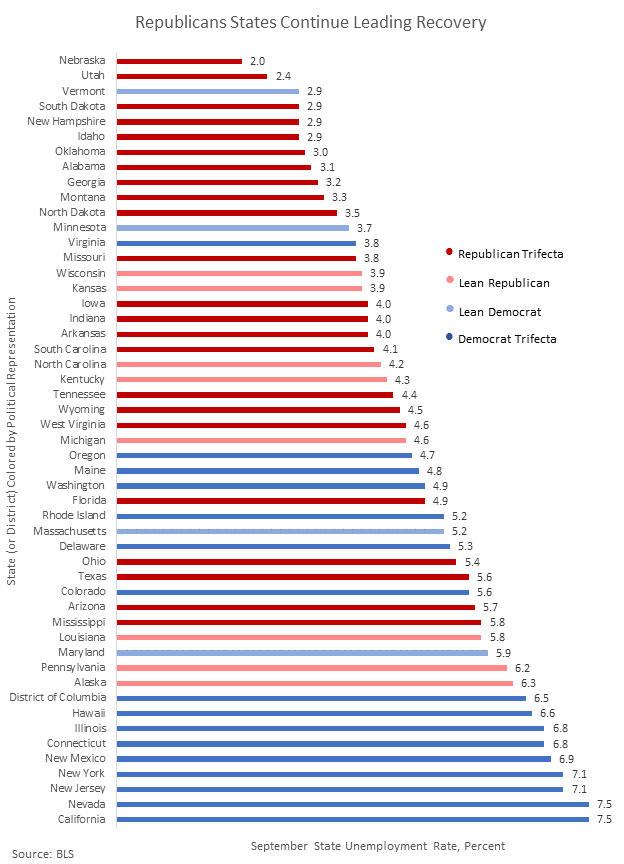 “We don’t need Congress. We can do it without Congress, as I just laid out.

Just a reminder that Biden already spent $2 trillion on the American Rescue Act and all we have to show for it as an economic crisis, an inflation crisis, and a supply chain crisis.

In 2017, Alec Baldwin attacked a SoCal police officer who fatally shot a suspect in a parking lot of a convenience store.

“I wonder how it must feel to wrongfully kill someone,” Baldwin tweeted. 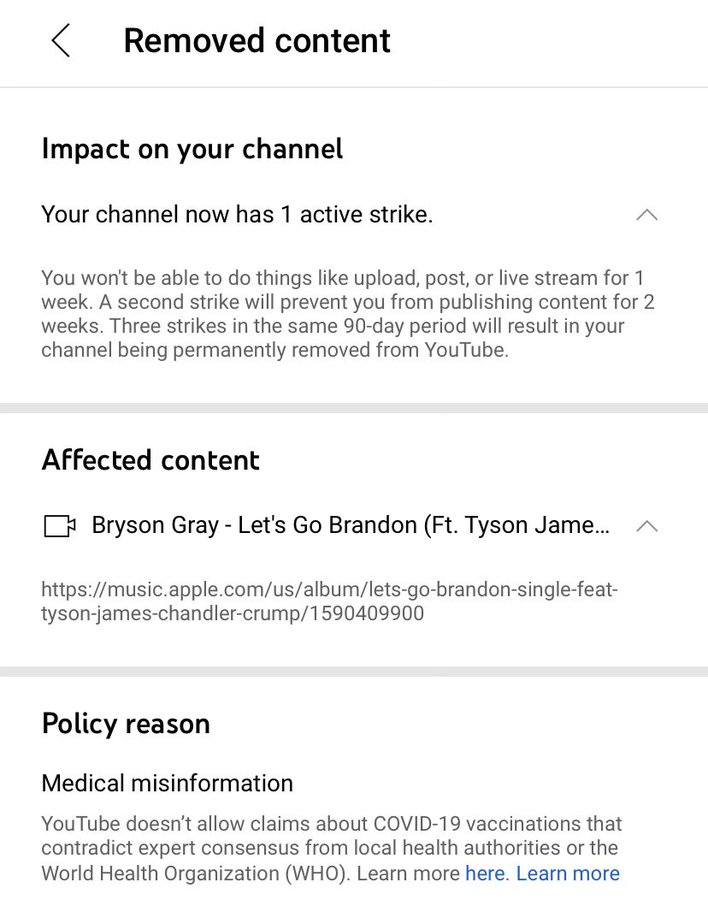 According to Sperry’s sources, National Security Advisor Jake Sullivan figures prominently as the head of a conspiracy to present false information to the FBI before the 2016 election, and to the FBI and CIA after Trump took office, to tar Trump as a candidate and then as

President, for colluding with Russia. Sperry describes the mis-use of private, personal electronic data, to target and spy on four persons in the Trump orbit, including Gen Flynn and Carter Page.

This article is dated Sept 23, but it bears closer study now in light of Durham dropping 81,000 pages of documents on Sullivan’s lawyers, along with assurances that Durham will turn over notes of 30 witness interviews. The documents include records obtained from Fusion GPS,

Ga Tech and some private internet companies, one or more of which were government contractors. Given the breadth of the evidence Durham has compiled, it’s fair to assume that Sperry’s sources are correct that Durham intends to prosecute a rather large conspiracy case involving

Today, our office expanded our lawsuit to stop the Biden Administration’s unconstitutional COVID-19 vaccine mandate. We are asking for a temporary restraining order and nationwide injunction as soon as possible. https://t.co/2ZrKLZ4eKJ

Once a vaccine has been administered, it can never be undone.

Biden’s COVID-19 vaccine mandate is one of the greatest infringements upon individual liberty, federalism, and the separation of powers our nation has ever experienced.

On the basis that there’s a pending investigation, AG Garland refused to answer yesterday when I asked how many federal agents were among the crowd on Jan 5&6.

If he’s going to withhold evidence from Congress on this basis, why does the Jan 6 Committee even exist? @JudiciaryGOP

What are they looking at? pic.twitter.com/0ZT1ywotx8 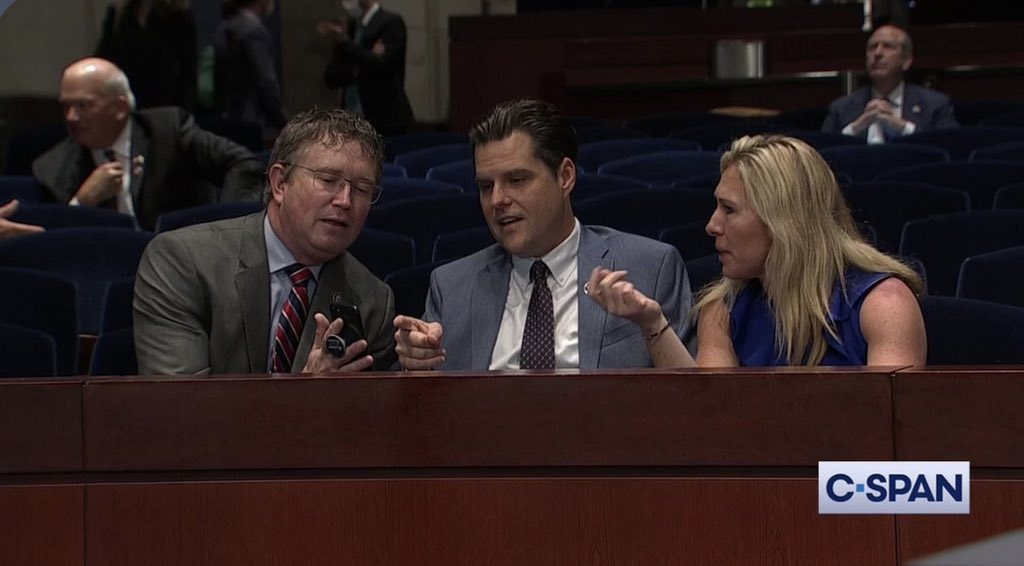 We were looking at this video of Feds telling people to go in the Capitol. https://t.co/xRxaGDkV1R https://t.co/K0MGFPfL4r

“Maricopa County continues to purposely mislead Arizonans and the American public about the nature of audit findings” pic.twitter.com/aVZpm1B0Xx

Maricopa’s claim about votes who moved is “extremely misleading”

Provides no documentation for the 12,772 (MORE than the margin!) who moved outside of the County – Illegal votes

No answer for how many of the 15,035 legally changed their address pic.twitter.com/pHucOVzVPQ

Cyber Ninjas corrects the record on the false claim that the 23,000 mail-ins from people who no longer live at that address were all “college students” and “snowbirds”

Taking into account military personnel this would only reduce the 23,344 to an even 22,000 — TWICE the margin pic.twitter.com/blGLOjqrCv

“The numbers simply do not support the County’s claim curing of ballots would result in a second scanning of the envelope…This is a soundbite, not an explanation.” pic.twitter.com/GSZ6ErNstS

*Official results did not match who voted*

Maricopa County literally spinned this as “Official Results Don’t Include All Voters” – On what planet is that acceptable? pic.twitter.com/A3sPBb1ow6

Maricopa claimed this was due to missing “protected voters”

“…the fact the County couldn’t reply with a precise number of protected voters who voted in the election that matches the outlined discrepancy shows their response is not accurate.”

Once again, Maricopa County’s explanation “is extremely misleading and does not respond to any of the specific details” pic.twitter.com/JJLLUjG4ax

“…what was done for the November 2020 general election does not match any past elections found on the EMS Server” pic.twitter.com/onPOQJeZCZ

Their explanation it was for storage space is ridiculous, since “over 2 terabytes of free storage on the device counters any arguments it had to be done for space.”https://t.co/lofVEixKwV

Maricopa County purged the data on Feb. 1, 2021 the DAY BEFORE the audit began

Contrary to their claim, it obviously is not routine for every election since “data is still present for other past elections” on the server pic.twitter.com/LSvR8xGFiT 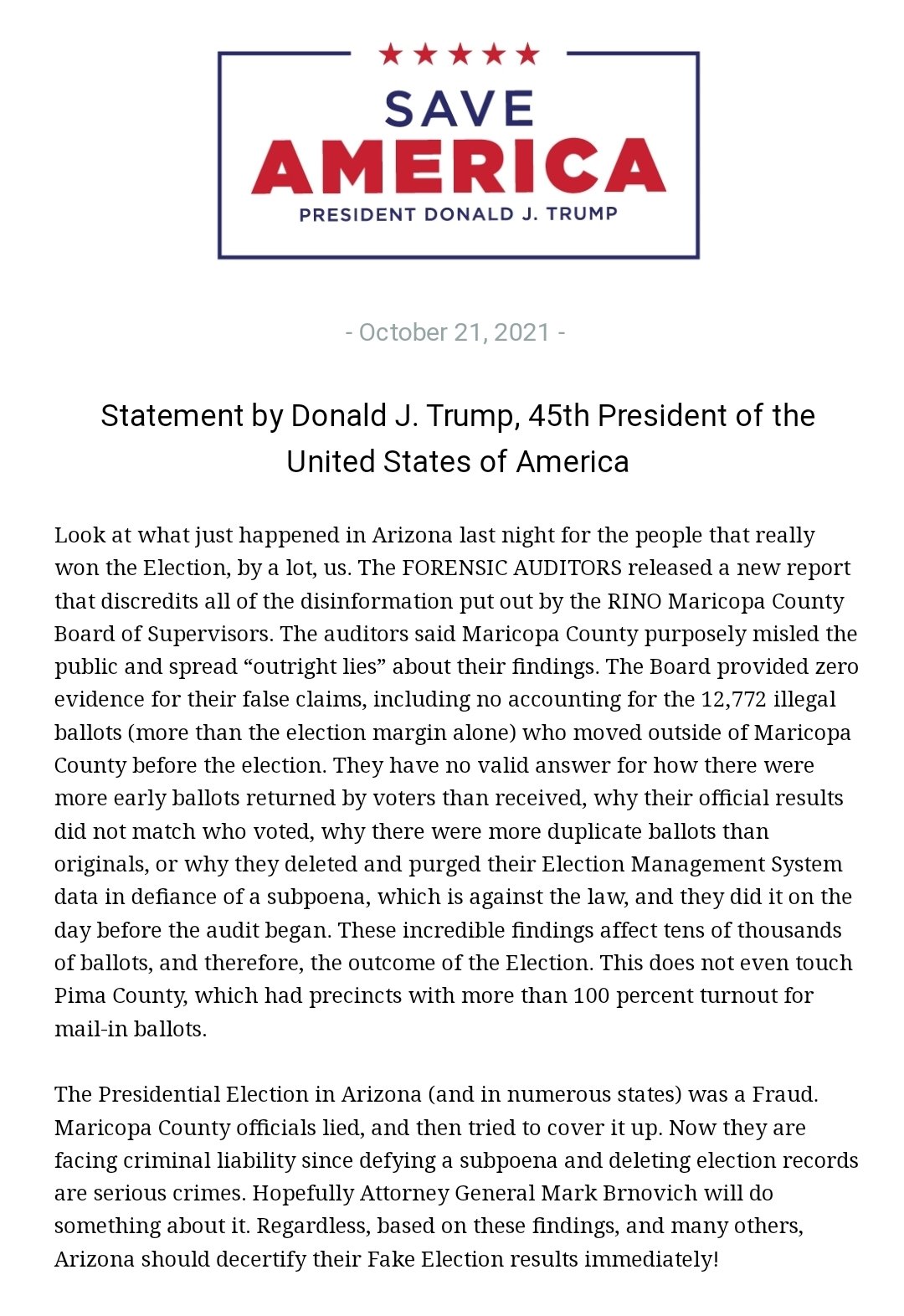 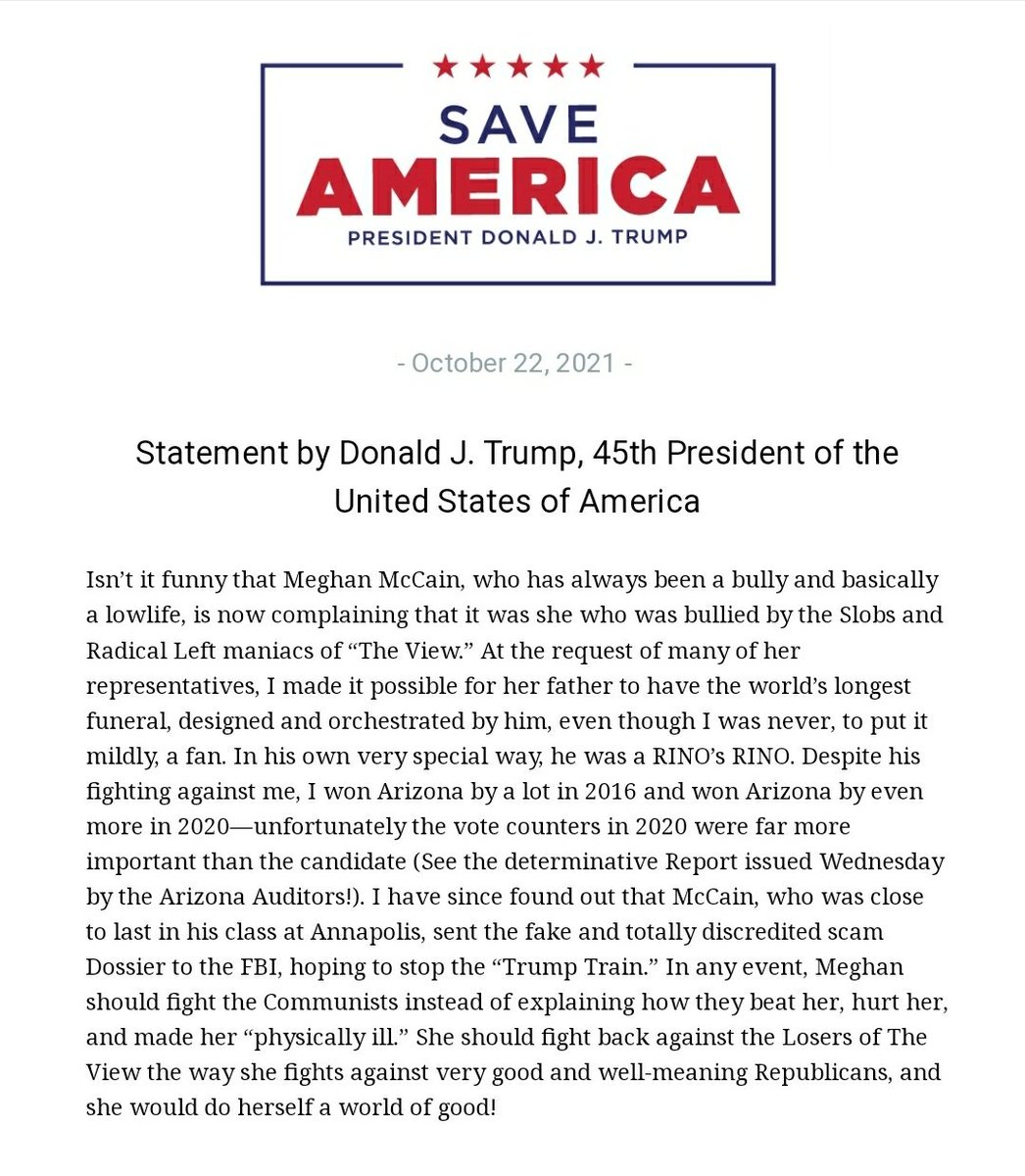 How about a nice game of chess.
https://thechessworld.com/articles/middle-game/chess-strategy-what-do-you-need-to-know-about-strategy-and-tactics/
Objective [end]: checkmate king
Do you attack the king at the beginning of the game?
Do you attack and remove pawns first?
Do you attack and remove bishops, rooks, knights next?
Do you attack and remove queen mid-to-end?
Is the game being played public or private?
Do emotions affect critical thinking?
Add: important king control pieces [elim rogue elements]?
Add: how do you set the stage [board] re: public opinion [optics]?
“At this time.”
Q
The queen is the most extraordinary piece. She is put beside the king, all alone on her own shading. The play is not over when she is lost, but rather if your rival has a Queen and you don’t, you may end up at an impressive burden! Like the King, the Queen can move in any heading. Notwithstanding, she is not restricted to only one space – she can move any number of spaces in any course, as long as she is not discouraged by another chess piece. Obviously, if that impediment is a contradicting chess piece, she is allowed to catch it.

100%
Regulated.
Some platforms will collapse under own weight of illegal activities.
Q

>>599627
Track inside sales/divestitures.
They know.
Watch the sell-off/liquidity events.
Q