Ep 2775b – The Wizards, Guardians Of Intelligence, [Midterms], Start The Storm Ep 2775a – The [CB] Wants Us Broke And Hungry, Narrative Fail
The [DS]/[CB] are trying everything to bring us into their new system by using inflation to make us broke and shutting down the supply chains to make us hungry, this is failing because the people know who to blame.  The patriots are now moving forward with the plan, the storm is about to start and the wizards (guardians of intelligence) have it all. The people are building the grass roots movement and it cannot be stopped. Scavino sends a message that the next to fall is the Queen. The [DS] is in trouble they tried another [FF] to push gun control, this is not going to work, the people see the truth. Nothing can stop this, nothing.

Americans can’t afford to buy groceries or put gas in their cars, and Nancy Pelosi decides now is a good time to open a congressional liquor store on Capitol Hill.

And yes, your tax dollars can be used for purchases.

Washington Dems couldn’t be more out of touch. #FirePelosi pic.twitter.com/IRBup7OOtf

At the White House press conference today, the Press Secretary mistakenly said that our formulas were tainted and killed two infants. The deaths of these infants are a tragedy. 🧵 [1/11]

Not to mention potential bugs in the code. Open source is the way to go to solve both trust and efficacy.

I’m not suggesting malice in the algorithm, but rather that it’s trying to guess what you might want to read and, in doing so, inadvertently manipulate/amplify your viewpoints without you realizing this is happening

A gunman dressed in a military uniform reportedly opened fire in the parking lot and inside the Tops Friendly Supermarket at 1275 Jefferson Avenue.

The Daily Mail notes the gunman live-streamed the shooting. This is an unconfirmed screenshot of the video.

Here’s another example of the copy and pasting.

The killer attacks Fox News in his manifesto. CNN is paying a guy to lie and politicize the deaths of 10 people while their bodies are still warm. https://t.co/hUXVZXRILx

Seems to be the new hit thing when a shooter carries out an attack these days, he puts out a manifesto on social media! Our Buffalo shooter released a 180 page manifesto before carrying out his attack yesterday, complete with graphs and charts and statistics and his life story. 180 pages. I

In what might the most hilarious part of this scam-ifesto, the Buffalo shooter claimed to post pictures of himself. Here’s a screenshot from the manifesto and pictures he posted:

I saw these photos and thought, where have I seen that guy before? Ran a quick reverse image search through Tineye and came to realize that these photos are actually of comedian/troll named Sam Hyde. Since 2015, Hyde has been misreported numerous times as the perpetrator of shooting attacks.

Whoever wrote this manifesto, whether it was actually the shooter, Fedbois, or someone else, they are clearly trying to troll us with those photos. Do they think we won’t pick up on this? I would think they would expect us to. Regardless, something weird is going on with this manifesto. It’s almost like it was quickly and hastily put together at the last minute, probably like this whole manufactured shooting.

One issue with this Buffalo shooting that shows pure contradiction in mainstream media narratives is that they’re calling the shooter a white supremacist Nazi due to the Black Sun symbolism in his manifesto – the problem here is that this Order of the Black Sun symbol, which is an actual Nazi symbol dating back to their secret societies of the WW2 era, is used by the Azov Battalion in Ukraine.

The Azov Battalion that Putin is fighting. The actual Ukraine Nazis. The Nazis the media says aren’t there or aren’t a problem. The Nazis that the Biden Administration is working to fund with money and support with military equipment. Maybe those rifles the Biden Admin is sending to Ukraine will be used in a mass shooting on U.S. soil someday? Maybe that’s what they want to happen?….

Another glaring symbol used in this shooting brings us to another connection with the Christchurch, New Zealand shooting of 2019. This Christchurch shooting was clearly a false flag that they used to justify advancing gun laws in New Zealand and that Big Tech used to basically shut 8chan off of the internet for a while. 8chan was where Q was posting at the same and where many citizen journalists were congregating to share info and expose the New World Order. They claimed the shooter posted his manifesto on 8chan and that the website radicalized him. They were targeting anons, citizen journalists, and Q with that shooting.

So this Buffalo shooter had many of the same symbols on his gun that the Christchurch shooter did! We’ve got the hash marks:

We also have the “14” and the “Fish” symbol used on both guns. The number 14 is somewhat commonly used in Neo-Nazi circles, and it also has meaning within the Illuminati cultists too.

You might be familiar with the infamous photo of John Podesta with the 14/Fish symbolism written on his palms. Remember when John Podesta was in New Zealand only days before the Christchurch shooting happened?

This 14/Fish symbolism also shows up with one of John Podesta’s friends, a woman you may have heard of who goes by the name Ghislaine Maxwell. Back in 2015 the U.N. came out with 17 of what they called “Sustainable Development Goals”, and the 14th goal had to do with the oceans.

Each health care provider who administers a vaccine set forth in the
Vaccine Injury Table shall provide to the legal representatives of any
child or to any other individual to whom such provider intends to
administer such vaccine a copy of the vaccine information statements,

More importantly, any vaccine can have side effects, sometimes life threatening. That’s why parents are required to furnish information on the
child's medical history, prior allergic reactions, and the child's overall well-
being.

Do we believe all 12 year olds will know what they’re allergic to and communicate that to the person administering the vaccine?

Do we believe they will be aware of any past reactions to vaccinations received as a toddler?

Watch: BLM Co-Founder Tearfully Claims That She Is Being Harassed by Candace Owens. Owens Releases Video of the Exchange.

Almost 1 million views. BLM Founder Patrisse Cullors has decided to remove the video of her fake crying and lying from Instagram.

Sunlight is the best disinfectant. https://t.co/yUz7B4IZ9U

Until recently, I was a director of data science at Thomson Reuters, one of the biggest news organizations in the world. It was my job, among other things, to sift through reams of numbers and figure out what they meant.

About a year ago, I stumbled on a really big story. It was about black Americans being gunned down across the country and the ways in which we report on that violence. We had been talking nonstop about race and police brutality, and I thought: This is a story that could save lives. This is a story that has to be told.

But when I shared the story with my coworkers, my boss chastised me, telling me expressing this opinion could limit my ability to take on leadership roles within the company. Then I was maligned by my colleagues. And then I was fired.

The data was unequivocal. It showed that, if anything, police were slightly less likely to use lethal force against black suspects than white ones.

74 Harvesting and Mule Rings: Where They Were, How They Did It, And The Impact – Our Work is Now Corroborated

Fox News is no longer Fox News. They won’t even show or discuss the greatest & most impactful documentary of our time, “2000 Mules.” The Radical Left Democrats are thrilled – They don’t want the TRUTH to get out. Depressing to watch what has happened to Fox! CNN should go Conservative and take over the greatest, strongest, and most powerful BASE in U.S. history. Nobody is watching CNN’s Fake News now so, as I say, what the hell have they got to lose? Sadly, they’re to stupid to make the change! 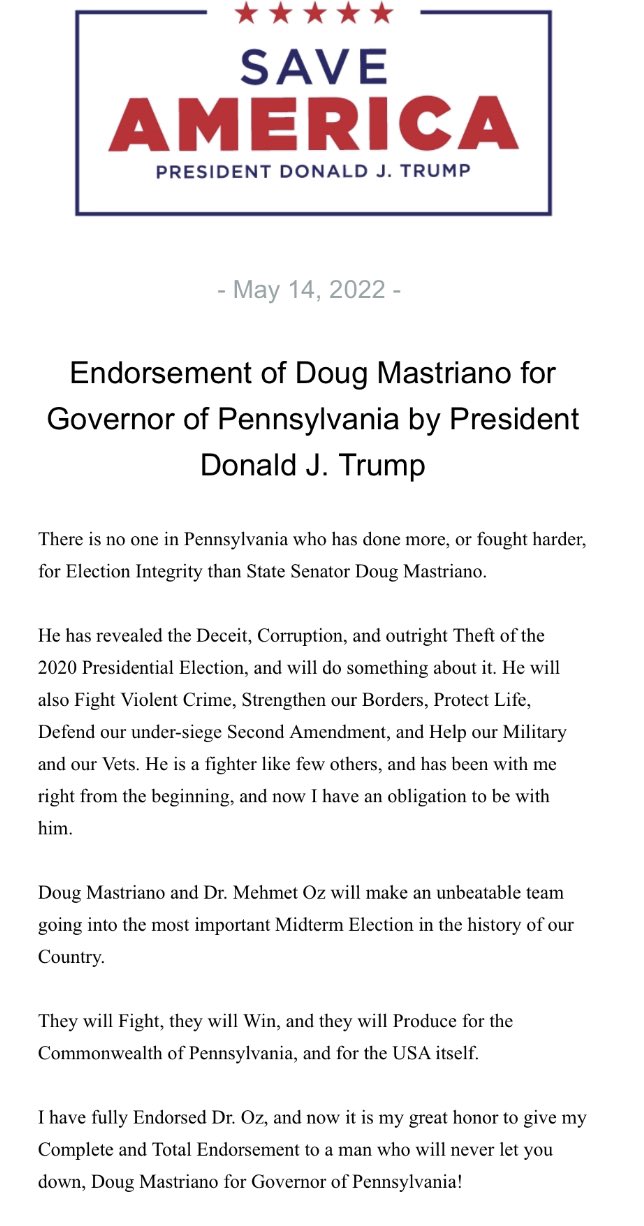